My wife works for AgeUK to assist in a day centre. I decided to take the day off and go to Trowbridge. it is on the Avon and Kennett canal, has some industry and a very modernised town centre with a good museum but apart from that is fairly unremarkable. I started off at the town Hall information bureau which I found the most remarkable and well-organised place with leaflets neatly laid out. They also sell bus tickets and also tickets for events. Armed with some leaflets I went off and passed by St James’s Church in the old centre. A happier and more welcoming place you could not wish for.  I was offered tea or coffee or Bovril or chocolate by a very nice lady. I declined because I don’t like instant coffee and I had not had my fix for the day. 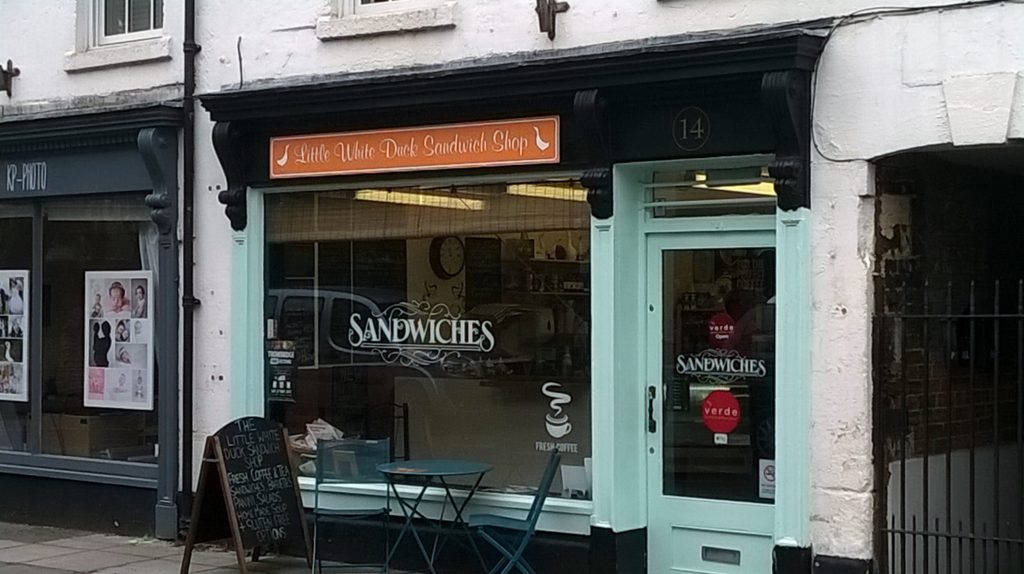 I found the Little White Duck Sandwich Shop and soon fell into conversation with Neal, the owner, who had come back from South Africa about 2005 with his South African wife who was offered a care job and was told that she could try for a week and she didn’t like it she could do something else. From the first day she loved it so both are gainfully employed. We talked about everything under the sun from the corruption of the Pres of South Africa, Tony Blair, the attitude of the young, the usual subjects that more senior people get up to. I spent about half an hour lingering over my coffee and was joined by someone else similarly conversationally inclined.   I then went off to a fish and chip shop claimed they had an award and I had a special four £7.50 including tea, slice of white bread, cod and chips with lots of lovely mushy peas. The fish was exceptionally soft, you could almost say melted in the mouth.

I went to the Odeon where I saw the film Hacksaw Ridge. It has enough blood and guts and shooting in it to last a normal person several weeks but it was very beautifully done if I can say that and towards the end of the film that was a very good moral. I won’t spoil your fun by telling you what it was that it was definitely worth a visit. Back home to the fire at 5 PM.