Mells in Somerset has an annual Easter bank holiday Daffodil Festival. In fact there are very few daffodils to be seen; it’s more like a spring festival. 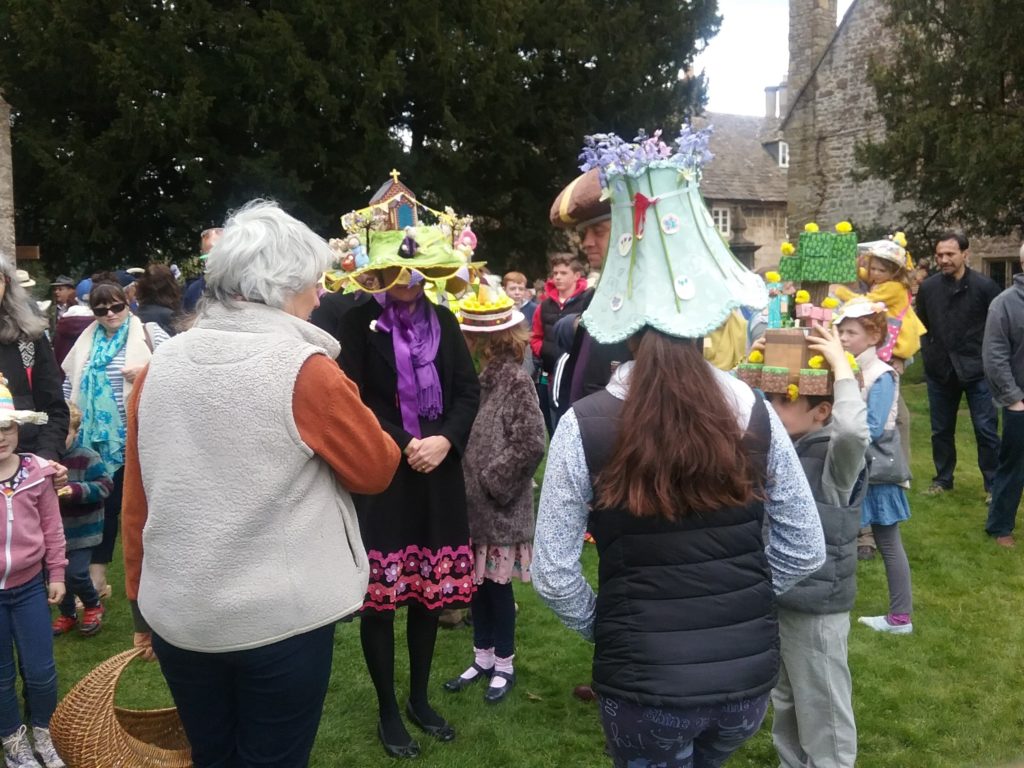 The festivities have all the charm of a village event. There was a competition where teddy bears were parachuted from the church tower supported by plastic supermarket bags. The aim was to throw them in such a way that they landed on a square. The wind took the bags carrying the little bears this way and that to the accompaniment of many cheers from the spectators. 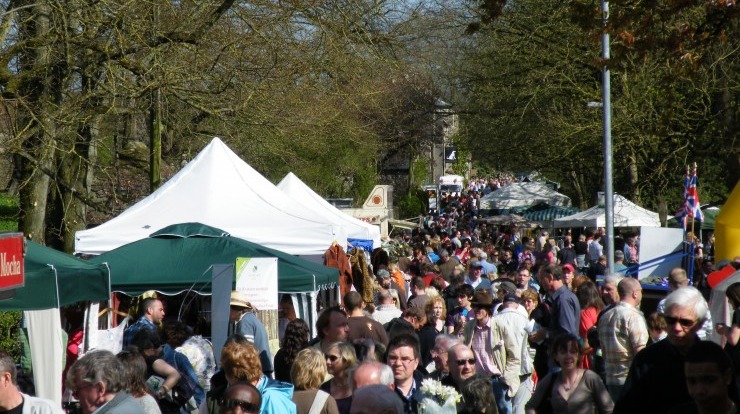 There were many stands selling a variety of arts and crafts, pork pies, delicious cakes, plants of very healthy stock but alas there were too many people. The Main Street is about one and a half cars wide and anyone who thinks they can push prams along there anything more than half a mile an hour should think again. Never mind, the crowd was friendly enough so we walked up and down a few times and enjoyed ourselves. 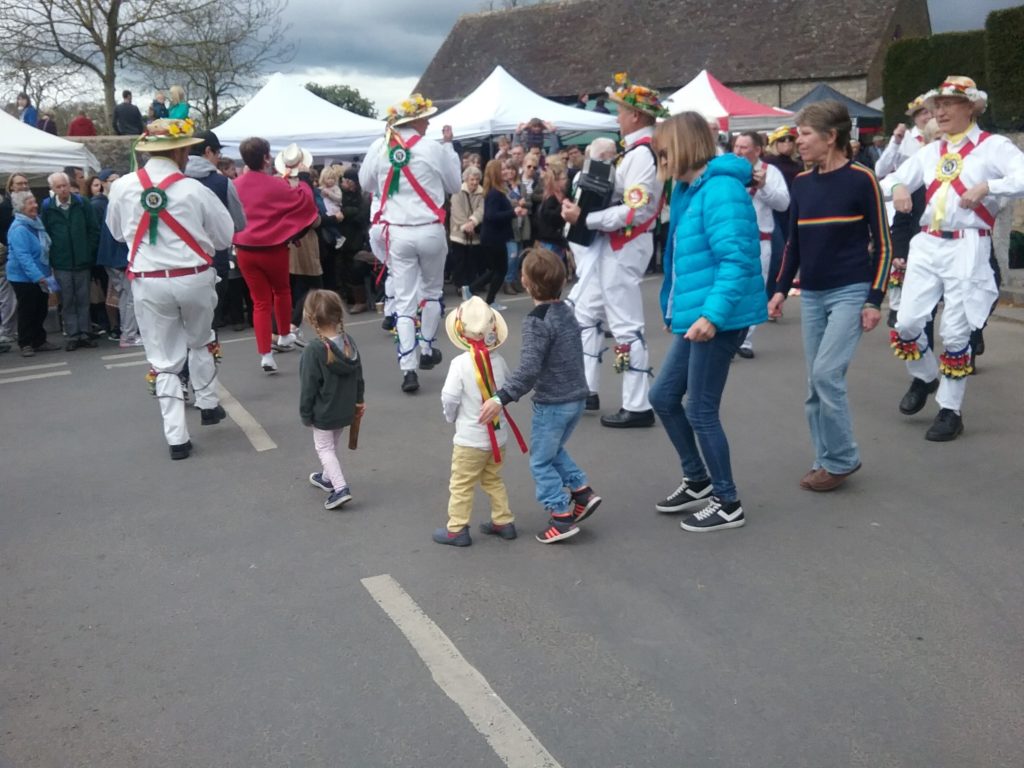 There were the inevitable Morris dancers, and I was amused and impressed to see young children learning to dance along.

There was a wonderful band called the Johnstons, playing music of the Country and Western variety which I recorded and will put on Youtube and if I remember I’ll put the link on here.

It was quite clear that we were all on the same wavelength and I mentioned a few intuitive things about her, how she would in fact attract good luck to her in the form of a job and needn’t go worrying and fussing. The most interesting thing was the attitude of her mother who I think was also blessed with a certain sensitivity. The mother, Lesley, said that she’d been telling Sarah her daughter exactly the same thing for some time. I told her, and even I don’t often do this sort of thing in public, that she had not met the man of her dreams because she had been in an unsuitable environment and the sort of man in that environment she would have grown out of in the realisation that finance was wrong for her.

I said that it is much better that she meets the man now as she has cast off the dark cloak. Her mother agreed with me and nodded her head vigourously and said” I’ve been telling that to you for ages now”. We joked about how you take notice of strangers when you don’t take notice of your mother and they both laughed. Anyway I didn’t have the slightest hesitation inviting them to dinner. It is very rare to click with someone so easily and so quickly and they were very cool people with a good sense of humour and slightly quirky so I knew we would get on well. interestingly, when I told Sarah certain things about she said she got shivers all over arms and I normally find that when Françoise gets a similar feeling when something said is true.

I just love “going with the flow” as we used to say in the 1960s. You just never know what’s going to happen. Preplanning is futile. If someone is meant to pop into your life they will do so. Like attracts like. I know life is worth living anyway but when this sort of thing happens it makes it especially worth living. I always follow my hunches and if I want to do something for which I cannot think of any reason there is normally a higher purpose behind it and in this case it didn’t take long to find out what it was. 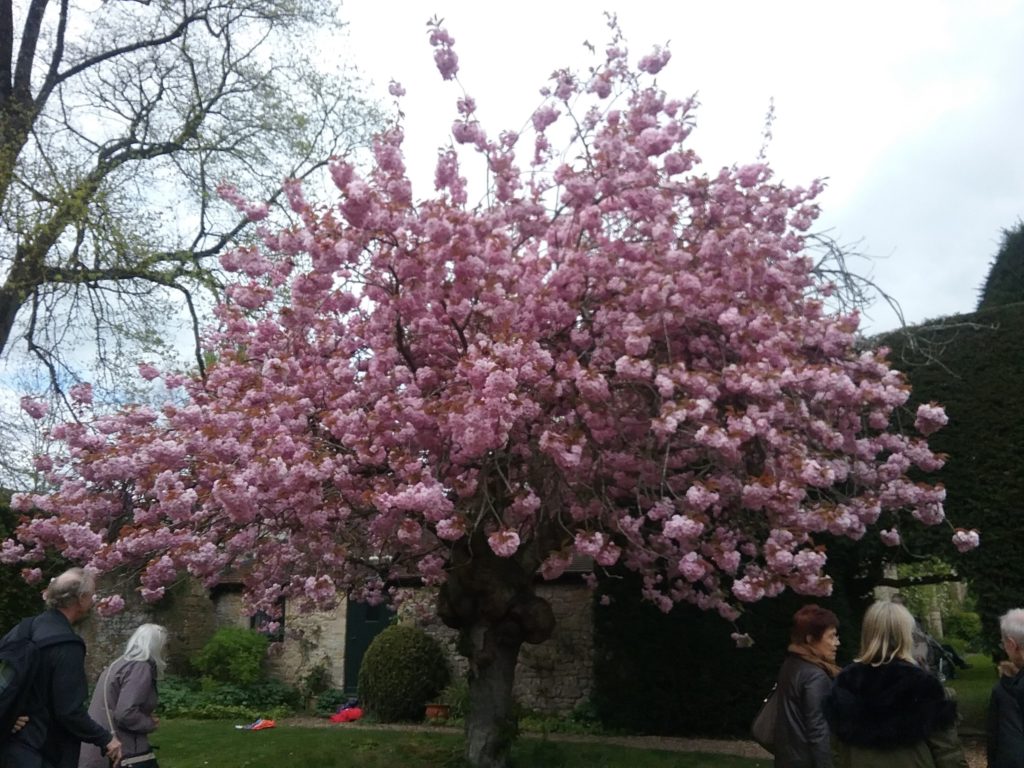 By 3 PM the crowds had died down a bit and we just wandered about, visited a stand representing an organisation for rescuing birds of prey, had half a glass of local cider each, Françoise picked up the plants she had ordered and home we went.

Returning home, I get a letter to say that one of my counselling clients feels it necessary to separate from her partner and although it is a holiday day I still feel bound to give a quick answer. I generally respond to things on receipt otherwise I tend to forget them so it’s not because I am especially conscientious it is because so much arrives in my mailbox every day I need to deal with things promptly.