The press or should I say the Main Stream Media  would have us believe that we are becoming a more uncaring society but in spite of that I see many acts of goodwill and courtesy. Why is this? I remember reading that if you put a certain number of rats in a cage they behaved reasonably well towards each other. If you introduce more and more rats until it became overcrowded their behaviour starts to change and they became more aggressive about the invasion of their territory.

If you took a bunch of apparently uncaring silent people staring into space on the top of the No 3 bus to Crystal Palace and try to evaluate them you’d think what an introverted lot they were. If you were to take these very same people and place them on a bench outside a pub in Cornwall, bring on some lovely scrumpy, you would have complete strangers talking to each other after 10 or so minutes if not before. So there are two factors here. First the person themselves with their psychology, and secondly the environment in which they live. An intrinsically functional person in the wrong environment can be real pain in the backside and the fact of the matter is they don’t enjoy this at all. 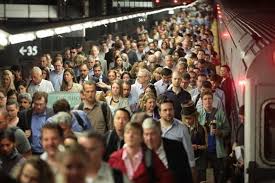 We may be confusing the ‘lack of caring’ with lack of being able to find a supportive environment where it is possible to open up and be oneself. For my own part, I spend most of my time on my own so it is very easy to develop an infrastructure which is comfortable. If I were to spend eight hours of my day at work in a large corporation, I doubt if the real me could emerge and that includes the manifestation and pride in my uniqueness. The downside of being on your own is that if you are lonely about one particular thing there is no one to share it with – excluding of course those closest to you.

We do suffer from the stiff upper lip, but I think less than we used to. This article was prompted by the attitudes of a couple of people that I regard as friends. They are very happy to talk about themselves and yet when I start to talk about myself they switch off. I can think of a number of reasons for this, charitable and uncharitable. The most charitable thing I can say is that people are so anxious and concerned about their own problems that they see anyone else’s ingress as something that will smother them somehow and destabilise them. The most uncharitable thing I can say that social behaviour is learnt and perhaps people need to be reminded that others have a need to have their problems and situations listened to. I think selfishness is a mug’s game because it leaves so little room for learning about the good things in life. 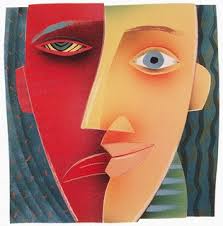 If they were happy people then surely hearing about other happy people would be a bonus. If they are not happy people, hearing about a happy friend just rubs salt into the wounds so you don’t particularly want to be reminded of this especially if you see your own current situation to be insoluble. Example, a couple together who don’t really want to be together but can’t afford to separate because of a communal mortgage. Insofar as that is the case they have to live a phoney life and someone who is living a real life true to themselves will again rub salt into the wounds just by being themselves.

I do occasionally meet liberated souls in the streets or anywhere come to that. We seem to recognise each other, smile, and pass the time. I do feel that most human beings are in an open prison due to the long-term effects of not dealing with problems when they arise. I’d say rather cynically or perhaps realistically than one in every 20 persons I meet have a degree of freedom which I find attractive and all these, most would be classed as eccentric, out-of-the-box, nonconformists, including a special category of artists for whom I have a soft spot. When I meet artists I forgive them for anything they have done, are doing, or will do, because being an artist in an unaesthetic world is almost impossible to achieve and requires great focus and single-mindedness.

I do not know what Samuel Pepys would say about the sort of dialogue above but he probably chose his friends carefully. ” My Lord” who was his benefactor he had to be nice to but I get the impression that he doesn’t suffer fools gladly and he would quickly tire of tedious company. Pepys does have a charitable and observational side to him there is no question.

On Tuesday, 3 May 1664 Pepys talks about a Mr Thomas Povey FRS (who was a London merchant – politician who was active in colonial affairs from the 1650s, and his considerable influence in the not yet professionalised first English Empire)  and says ” for, of all the men in the world, I never knew any man of his degree so great a coxcomb* in such employments. I see I have lost him for ever, but I value it not; for he is a coxcomb and, I doubt, not over honest, buy some things which I see; and yet, for all his folly, he had the good lucke, now and then, to speak his follies in as many good words, and with as good a show, as if it were reason, and to the purpose, which is really one of the wonders of my life.
* A vain and conceited man; a dandy

So coming back to my original question of caring, and I think I will be returning to this numerous times, I think there is a tendency to care which in dwells in us as we are human beings. This is unfortunately eclipsed so we do not see it and the symptoms of hiding are the criteria we use to judge people which can be misguided. Having said that, first impressions do count and we don’t have endless time to form an opinion of someone during our busy daily life.

I think if we can attain the unconditional love of the average mutt by the time we die we will be doing fairly well. Dogs are amazing and forgiving. You can abuse them and they come nuzzling up to you as if you hadn’t done anything. No lessons to learn then.

After a fairly productive day in the garden, we went off to see a potential customer who had a huge Leylandii hedge and tree to trim, and about 20 m of 2 m high hedge, or collection of different types of shrubs comprising a hedge. The couple moved into their property five years ago. It is quite common for people to focus on house first of all and then finally to deal with the garden.  I had great difficulty in dealing with the price because I was not sure how many trips to the recycle are required and this does bump up the time hugely.