The Great Plague lasted from 1665 to 1666 and was the last major epidemic of the bubonic plague to occur in England. The plague killed an estimated 100,000 people, almost a quarter of London’s population, over a period of 18 months. The plague was caused by a bacterium usually transmitted through the bite of an infected rat flea.

Samuel Pepys’s diary Wednesday, 4 May 1664 reminds us how important the Coffee house was for exchange of information “ Thence to the coffee – house and to the ‘change (The Royal Exchange) for a while. News uncertain how the Dutch proceed. Some say for some against a war. The plague increases at Amsterdam. So home to dinner and after dinner to my office, where very late, till my eyes (which begin to fail me nowadays by candlelight) begin to trouble me.

in a way we can say that the great Fire of London in 1666 may have done a job of bringing the plague to an end, or maybe it signaled in a rather spectacular way the fact that the plague had run its course.

I have great difficulty in getting my head around large numbers. The fact that a galaxy is 100 light years across is far too much for me. I cannot even understand or appreciate what one light-year is. I know it’s the distance that a beam of light travels in a year at 186,000 miles second. I can just about imagine a second’s worth, during which a beam of light would nearly reach the moon perhaps a few kilometres short.

I subscribe to a site called the Money Charity which gives monthly statistics for the UK economy which I read with varying degrees of comprehension. The average annual salary in the UK is £26,468. That’s fine I can understand that but £2.04 billion spent using plastic each day is beyond me though 126 purchases made every second I can get that. 3321 Consumer County Court Judgements are issued every day – that’s fine.
My ability to conceptualise seems to fade over about 1 million of anything.

It appears I’m not the only one. Kate Baggaley has written an interesting article on a site called the Brain Decoder.. which includes the following:  “Our cognitive systems are very much tied to our perceptions,” said Daniel Ansari, a researcher at the Numerical Cognition Laboratory at Western University in Canada. “The main obstacle is that we’re dealing with numbers that are too large for us to have experienced perceptually.

By contrast, we constantly experience small numbers. “Smaller numbers are more frequent in our daily vocabulary,” Ansari said. “When you lay the table you ask your child, how many knives do we need? It’s never going to be 10,000 unless you have a very big dinner party.”

I suppose if we needed large numbers for survival, we would get used to them very quickly that there is simply no need so I suppose the brain says to itself, why bother?

Today I am awaiting a response from the hospital about my proposals, as I’m aware that a meeting to discuss my plan will be held today. As a free spirit, never having worked in a bureaucracy, I have no idea of the pressures that are on an organisation such as the NHS when making a decision about anything. It is not just a question of common sense, or even need, but of timing, priority, funding, endless committees, and whatever else the proposal it has to go through the mill. This takes time. I feel like an artist who wants to just get on and paint a picture.  The picture is in my head and I want it translated into the real world. I hope the picture does not fade and thus my incentive.

To avoid torture, I tried to divert myself to other matters for example gardening, reading but not TV which strangely does not replace the pictures that I have in my mind. I think it’s important to be active with something and not passive. The activity itself overwrites any worry or concern you may have. If you try not to worry about something that will make things worse. 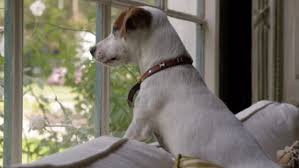 There are many worse types of waiting. You can wait for your husband to come back from a war when the outcome is far from clear, you can wait for your partner to return from a six month contract abroad or you can wait for someone that you love to get out of prison not knowing when they will emerge. I wonder if Skype conversations makes things better or worse. It just fans the flames of desire for the proximity of the person and offers just a tantalising view. Better than nothing I suppose. At least they can see the children.

In a different category, you can be waiting for someone who has disappeared.  275,000 Brits. disappear each year. The people who they leave behind must blame themselves or wonder what they did wrong. Such waiting is pure torture; that situation would be almost impossible for me to entertain because I don’t like losing control over my environment. Another worse type  of waiting is when you are due in court in six months time. It may be a divorce case. In spite of the assurances from your solicitor, a lot can go wrong and often does. It’s a question of who is believed and some people are very plausible in court.

All in all, I have nothing to complain about.