Pepys Diary (Lord’s day). Up and by water to White Hall to my Lord’s lodgings, and with him walked to White Hall without any great discourse, nor do I find that he do mind business at all. Here the Duke of Yorke called me to him, to ask me whether I did intend to go with him to Chatham or no. I told him if he commanded, but I did believe there would be business here for me, and so he told me then it would be better to stay, which I suppose he will take better than if I had been forward to go.

Thence, after staying and seeing the throng of people to attend the King to Chappell (but, Lord! what a company of sad, idle people they are) I walked to St. James’s with Colonell Remes, where staid a good while and then walked to White Hall with Mr. Coventry, talking about business. So meeting Creed, took him with me home and to dinner, a good dinner, and thence by water to Woolwich, where mighty kindly received by Mrs. Falconer and her husband, who is now pretty well again, this being the first time I ever carried my wife thither. I walked to the Docke, where I met Mrs. Ackworth alone at home, and God forgive me! what thoughts I had, but I had not the courage to stay, but went to Mr. Pett’s and walked up and down the yard with him and Deane talking about the dispatch of the ships now in haste, and by and by Creed and my wife and a friend of Mr. Falconer’s came with the boat and called me, and so by water to Deptford, where I landed, and after talking with others walked to Half-way house with Mr. Wayth talking about the business of his supplying us with canvas, and he told me in discourse several instances of Sir W. Batten’s cheats.

So to Half-way house, whither my wife and them were gone before, and after drinking there we walked, and by water home, sending Creed and the other with the boat home. Then wrote a letter to Mr. Coventry, and so a good supper of pease, (peas) the first I eat this year, and so to bed.

This entry speaks for itself but re the last para.  I’m not sure how you can have a supper consisting entirely of peas but hey everybody to his taste.

If you haven’t heard of Ariana Grande by now it’s because you have been on another planet. This poor young lady had just started a world tour of about 12 countries and this happens to her.

I have taken this opportunity to observe myself observing the great dramas and disasters of this life, 9/11, Diana Prince of Wales, even President Kennedy (yes I do go back that far) and now Manchester.

I always remember exactly what I was doing and where I was when I hear bad news. On this occasion, it was at 10 min to midnight when I was putting my earpiece in to listen to Radio Five Live. For overseas readers, this is a news program which prides itself on being on the ball when anything you happens. I was joining the story halfway through and realised something had happened. Gradually the keywords come through, … Manchester …. Casualties… City centre closed… And it doesn’t take long for the brain to figure out 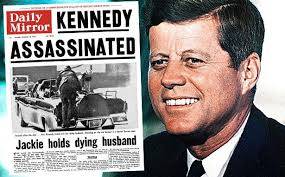 But then I was young and impressionable. Now I am much more battle hardened and able to look at something with an objective eye. I don’t know whether that’s a compliment to myself or not. I find the endless repetition of the same video scenes,  still shots as a backdrop to commentary repeating the same thing time and time again very wearing but with a developing story I suppose there’s no alternative. A new feature is the destination audience for the supposed perpetrator. I understand there were children of seven upwards in the audience and they will have been particularly vulnerable. There’s no way they could digest this sort of thing stoically. 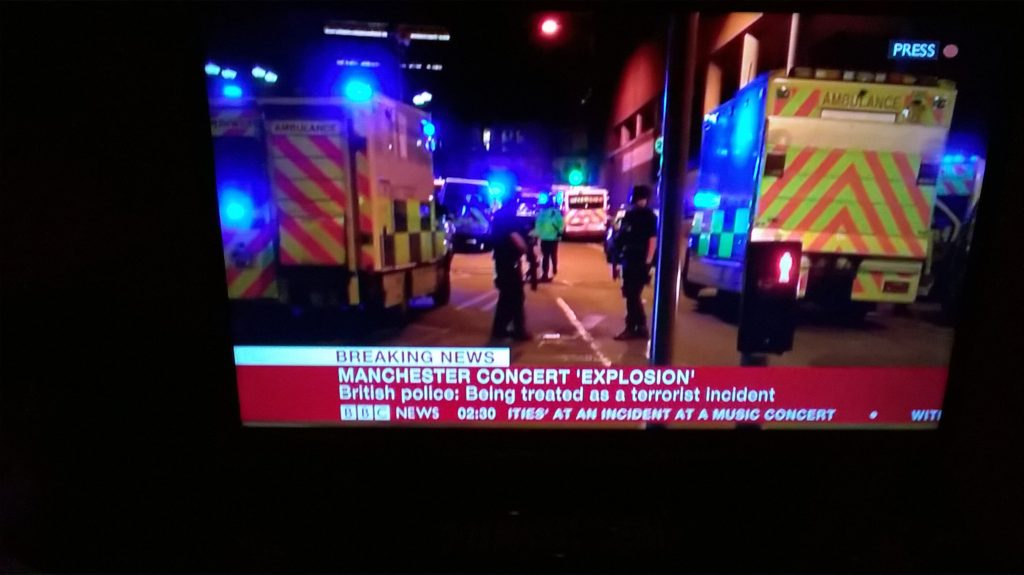 I have learned through long experience to take note of the raw footage from reporters on the scene. For example, someone commented that a worker shouted a warning. How did they know what was coming? I notice the CIA announcing without a shred of evidence ‘US Officials : suicide bomber suspected’. Were they on the scene? In any event this was a fairly brainless conjecture. Since the singer is American I suppose they have some interest. Anyway, my point in this statement is that information does not fit the official script is excluded.  A prime example of this was on 911 but we won’t go there today. PS today Tuesday ISIS have admitted responsibility though quite frankly we don’t even know if that is true.

Anyway, I got up (rose from my bed as Pepys would say)  when I heard the news and went to watch both BBC and Sky TV. Since the BBC are based for the most part in Manchester I would expect their coverage to be good as indeed it was being right on their doorstep so to speak. Over the years, Sky have shown their ability to cover any event in the world. I’m thinking of the tsunami which happened on that fateful Boxing Day. 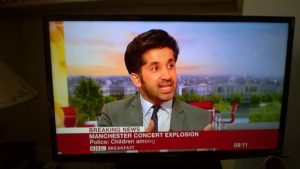 There is one encouraging sign if you can call it that. People are very hesitant before ascribing blame to anybody. This image is of a most eloquent commentator talking about the mixture of reasons for such an outrage. He was saying it was not only political or social but also an issue of mental health and that increasing the surveillance would not solve the problem.

Such events and outrages happen almost every day of the week somewhere in the world and may be this is a good way of waking people up to the disgraceful unnecessary wars and conflicts that happen in the name of so-called democracy. if a country deliberately stirs up conflict in order to destabilise the government for its own economic and political purposes they must not be surprised if they get an adverse reaction.

So my self-analysis is that I can take such horrors in my stride much better than I could even a couple of decades ago because I know more of what is going in the background, the good and the bad.

Alas, the good seldom gets the coverage that it deserves.