Read the full entry by clicking on the date above. 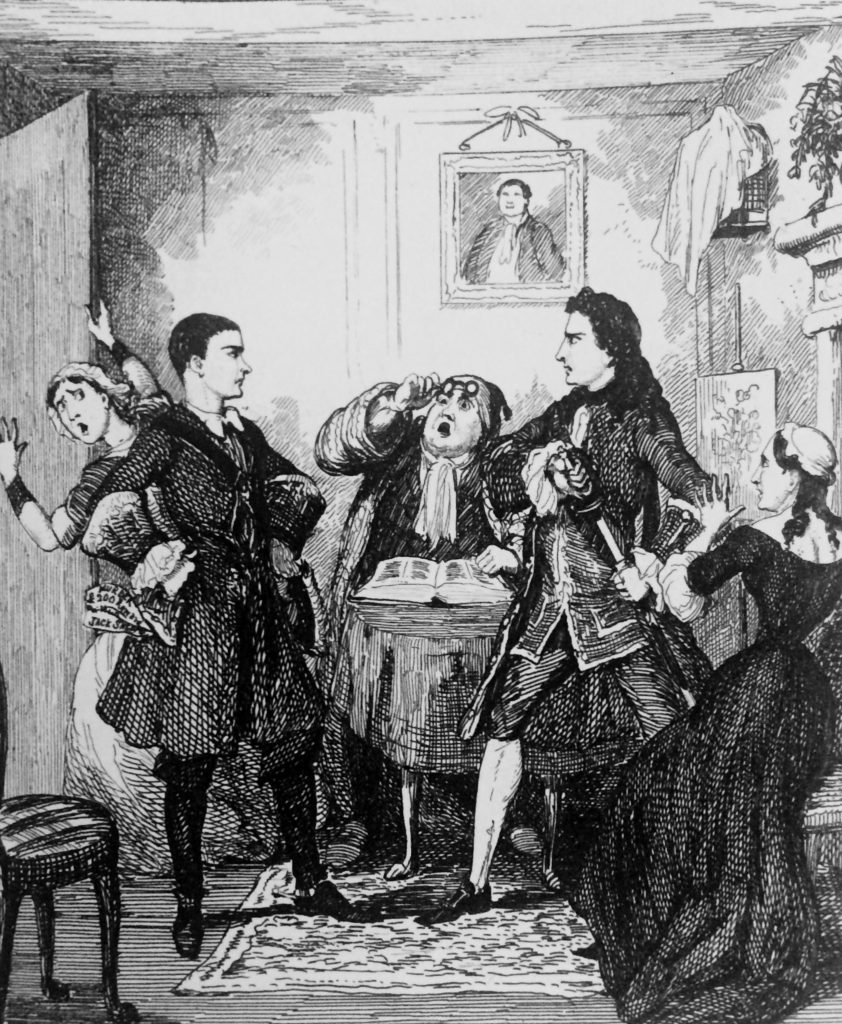 …To supper and to bed, my wife finding fault with Besse for her calling upon Jane that lived with us, and there heard Mrs. Harper and her talk ill of us and not told us of it. With which I was also vexed, and told her soundly of it till she cried, poor wench, and I hope without dissimulation, and yet I cannot tell; however, I was glad to see in what manner she received it, and so to sleep.

Very few of us get it right. We go off the deep end without checking why the person did or said as reported. Hitting someone with a hammer does very little to resolve the situation. If they knew they were doing wrong, then why did they do it? Is it because they did not see another way out of the situation?   The problem is that if you shout at someone, the fight and flight chemicals are automatically produced by the body –  the various types of adrenaline no less – and an argument will not proceed constructively.

It’s almost like if you keep your feelings under the radar people hardly notice that you told them off. If you the complainer can be more objective and say why the action or words caused harm you are more likely to get the miscreant to think about what they did. This will work in the majority of cases but not as I have previously said with people who are out of control through drunkenness or rage or panic.

My own father when concerned about my behaviour always said that he would talk about it the next day which was quite clever because he gave me time to think about it and when confronted I was as meek as a lamb. The offence was not repeated. It is very difficult to be a calm observer when the chemicals are running round the system. This is a good reason to delay a knee-jerk reaction if you possibly can.  In the case of Pepys above, he considered it right to tell off the employee straightaway because she knew she had done wrong and he wanted to nip the problem in the bud due to their close working relationship.

As I’m fond of saying, “there is a time for everything, and for everything there is time”. Does the whole process of chastisement have to happen in the minutes after the event is discovered? The person has probably been committing this offence, or shall we call it a ‘call for attention’, for a long time so what’s the hurry. I reckon 90% of it is getting your mindset right which probably includes lessons that you yourself have to learn.

Notice in the above example, Pepys took time to observe how the person received the telling off and felt that the contrition was genuine. The parents or the employer or the friend is entitled to remark how he or she feels their admonition has been accepted  and maybe one or two more steps need to happen  for the matter to be closed as opposed to being simply deferred.

So I was watching Sky News today 21st June 2017 at approx. 2.15 PM and low and behold, a phenomenon some call ‘Shape Shifting’ appeared. This is my first ‘catch’ so I made a vid. on the spot using my mobile phone.  Explanations welcome but before you scoff, type in ‘shape shifting’ on google or YouTube and see hundreds of examples.

2 July 2017 I have received a note from ‘Digital Music Lab’ a company in USA? that the phenomenon is a bandwidth issue from a live stream broadcast. I cannot contradict the writer as I am not a technical person so I will leave this one on the table and see who else comes along.