Read the full diary entry by clicking on the date above

…Thence to the Mitre and there comes Dr. Burnett to us and Mr. Maes, but the meeting was chiefly to bring the Doctor and me together, and there I began to have his advice about my disease, and then invited him to my house: and I am resolved to put myself into his hands… 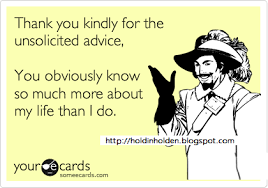 First, let us start on the giving end.  Unsolicited advice can be inappropriate as the enclosed card indicates. Unless using the most bland and general terms, you may have got your timing terribly wrong when trying to help someone. Possibly a good start is to ask how they feel and actually LISTEN to them without interrupting. A pause of five seconds does not mean you have to fill it. It means the person is thinking of the next thing to say. They do not need interruptions or prompts. If they don’t trust you enough to talk to you about intimate things then your advice is a waste of time anyway. Tread carefully.

So, let’s get down  to the question of getting advice. First, you have to acknowledge that a) there is a problem and b) you actually need advice and this can take years. Pride, stubbornness and all that – you know the rest.

The obvious place which most people do not think of is the Internet itself. Whatever problems you have had of whatever sort, someone else will have written about them. “why does the crust of my bread break off from the rest when I bake it”.  “how to fell a tree” “why is my computer so slow”. My wife often asks me questions about her computer and I say to her, write the question as you have asked it to me and you will find that someone somewhere has had that experience and got the answer. She has yet to be disappointed. Google is very good at making sense of queries

However, on a face-to-face level, it can be more difficult or awkward. If we confide in a friend about something, you will be surprised how often they guessed that there was a problem and you were just confirming to them what they felt anyway. There is the saying, ‘you can’t fool all the people all the time’.

There is good old-fashioned pride but you may find that your friends may actually think more of you for your sharing because it shows you trust them which may lead to a deepening of the relationship.

I had to ask the question, are your friends trustworthy? They are probably not trustworthy if they gossip about other people in your hearing.

Ignorance is nothing to be ashamed of, as is not knowing what to do next. Sometimes we only know what we believe in the act of telling someone else about our problem otherwise the situation can go round and round in our head and get nowhere.

Sometimes we are worried about something when we do not need to be worried. I have covered finance in an earlier diary but what if we were worrying about something based on a misunderstanding or false assumption?

Sometimes we worry about something when in fact time alone will heal for example I worry about someone turning up when they said they will, or “what do I do if…”  Probably the best thing to do is to think of something else and make sure your arrangements were clear in the first place.

If the subject is too sensitive or personal to raise directly, why not discuss the subject in general and then lead the conversation towards the desired question in general terms and not personal terms. You never know, the person who is listening to you may have had just the same problem.  You are never the first person in the world to have the problem whatever it is.

For example I was anxious about setting up a payment for a fairly substantial amount of money and worried that the money would somehow go astray in the banking system. I rang up and talked to the administrator and they suggested that I send a trial amount. They would then confirm by telephone that the amount had arrived and I would then be more confident in sending the balance. I did not need to explain why I was anxious. Apparently this is a very common source of anxiety and the lady who I spoke to had encountered this with clients many times. I was able to solve the problem by confronting it and telling someone about it.

Some people keep themselves in an anxiety state for years when they need not have done. This delay would seem an unnecessary waste of energy. 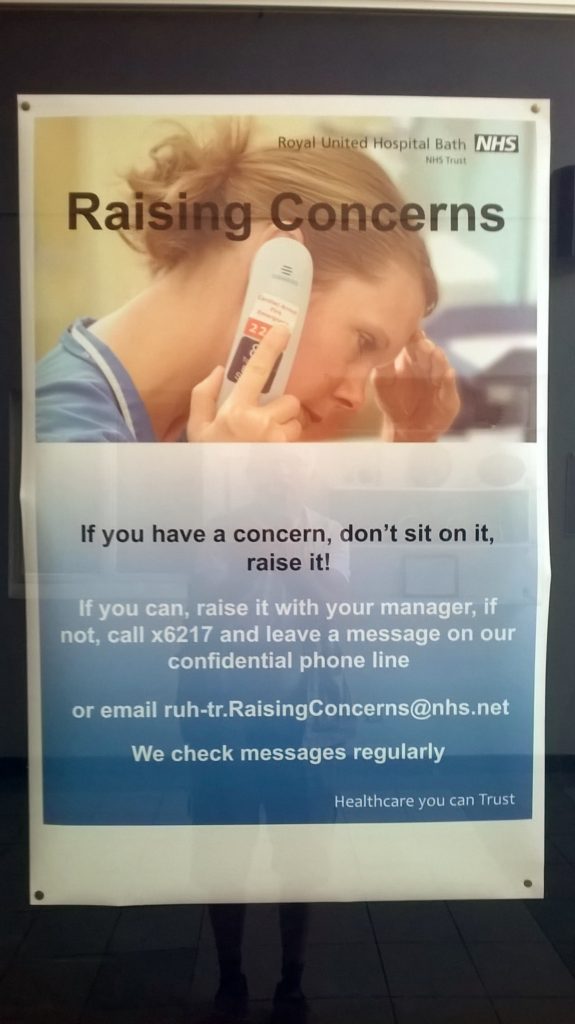 I realise I have not mentioned problems at work and in this case it’s probably a more difficult decision to decide whom to call. It properly makes sense to allocate someone of complete discretion who is somewhat removed from line management.

evening – a visit to a most unusual garden in Holcombe where I’m sure fairies, nymphs and elves would be very comfortable.