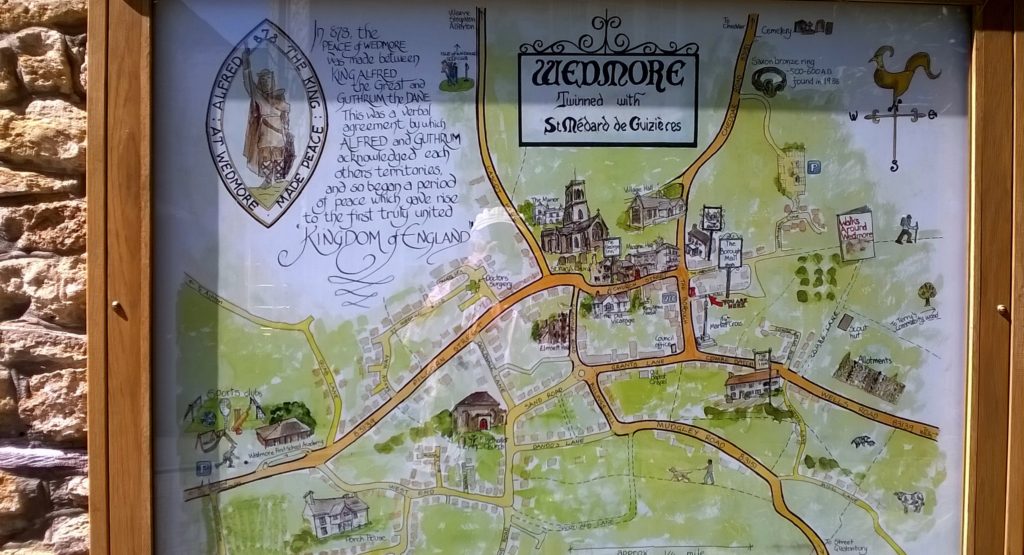 A Saturday in July means that there are at least half a dozen fayres, festivals, fetes, flower festivals, you name it it’s happening probably all at the same time so there’s no chance of attending them all.

We eventually decided on Wedmore little realising what a beautiful village it was. Due to its historical unspoilt nature and its proximity to the M5 motorway, property values here are sky high. The average property value is according to Zoopla > fanfare of trumpets < £535,816 which is a slight fall of 1% from its highest level. See the website for an indication of its vibrancy.

Anyway, we didn’t go for these reasons but for the fact that there was a street fayre starting at 10:30 AM and finishing at 4 PM. We arrived about 2 PM, better late than never.

The only problem with going to really small fayres is their predictability. You will get the obligatory tea and cake stall, face painting, one or two boot sale type stalls, local painters, maybe local pottery if you’re lucky, someone selling antique garden tools, ice cream, one of two bits of entertainment for children, a beer tent and some competitive racing. That can become a bit boring.

Wedmore is very well heeled and they actually have an arts festival. As the publicity says “Exceptional arts in a village setting”. If you look at the programme via the link above it is wildly optimistic compared with the population of 3 1/2 thousand people. The reason is that there is enough available intellectual mind power combined with enough disposable income to enable people to think about things other than mere survival. The festival is one of the fruits of this.

We went and ordered tea and cake and sat down at one of the tables next to a delightful couple from Swanage. We have an interesting phrase in England saying “you fall into a conversation”. The term “fall” implies an element of synchronicity and lack of any expectation as in “I met a complete stranger and we fell into conversation”.  The wife was in the National Health Service working in a doctors surgery and due to retire in two years time. “I’m looking forward to it”. The husband had had various managerial jobs and was now retired. I told her about my job as Patient Representative for the Bristol group of hospitals and said how difficult it was to get any change going irrespective of how good the idea was. She said that she had seen a number of changes over the years and they were not for the good.

They started clearing the tables around us or should I say removing the chairs and tables so this was a subtle hint to leave but we could have happily chatted away for another hour or so with people with whom we were obviously on the same wavelength. Being on the same wavelength means you don’t have to explain anything and the other person is likely to understand and grasp what you’re talking about slightly before the words are even out of your mouth. Maybe there was a time when we did not need to speak to all; it was all done through empathy, who knows.

Anyway, the rest of this diary consists of pictures I made on what was a delightful summer Saturday afternoon.