…By and by comes Dr. Burnett, who assures me that I have an ulcer either in the kidneys or bladder, for my water, which he saw yesterday, he is sure the sediment is not slime gathered by heat, but is a direct pusse. He did write me down some direction what to do for it, but not with the satisfaction I expected.…

I’m amazed how phlegmatic people of this age appear to be about bodily dysfunction. I suppose if everyone suffers in the same way it is nothing unusual. also, if you feel the doctor doesn’t really know what to do I suppose you just put up with it because you have no choice. The life expectancy was only about 35 years but more because of infant and child mortality than anything. the use of averages muscular force impression. I suspect that once you reach the age of 10 the life expectancy will increase significantly. In the 18 hundredths it had increased to 58 years. So, the large number of infant deaths skew the whole thing.

I continue to listen to the graphical stories of the people involved in the  Grenfell tower blaze nearly 3 weeks ago now. the attitude of the Kensington and Chelsea Council is beyond contemptible. There was no plan of any sort and people had to rely on volunteers for assistance. A couple of days ago the housing chairman resigned. He should have been kicked out by the government but they are tarnished with the same  brush, greed, and disrespect for the  non-earners of population. Someone said that only respect those who earn money for the country.

Now we find that the public enquiry will be limited to the events of that particular day and not the circumstances that led to it and there is talk of the residents boycotting any such enquiry on the grounds that it does not deal with the real issues. I guarantee here and now that no one will be prosecuted, that it will be shoved under the carpet, and that it will take a long time whatever happens

A Muslim testifier said something very touching. He said his soul was caught in the building. Insofar as we do not deal with past matters, I suppose our soul field or consciousness is fractured and we are in a way the walking wounded. I think it really does pay in terms of peace of mind to face something, traumatic or otherwise, deal with it and try to understand it as much as we can, forgive anyone needs forgiving, refocus your mind elsewhere. 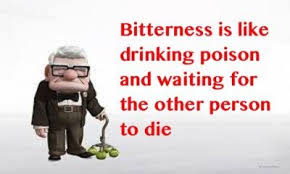 This is one of these advices that is much easier to give than receive but nursing bitterness does eventually rocked the sole in my observation anyway and you can meet people who are bitter about something  that happened 20 or 30 years ago. 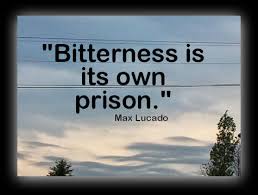 Their own life is being made a misery, they have not been able to be happy, and nobody wins. A bitter person exudes an aura which is fundamentally unattractive to others and only attracts those who are also equally bitter. The same principle applies to those who have been divorced and have not forgiven their partner. They bump into someone else and amazingly  that person has exactly the same problem so it is not a marriage of souls but the marriage of sorrows.

Let’s be happy and give thanks