….Dined alone; sad for want of company and not being very well, and know not how to eat alone….

Here’s a compulsively gregarious person who loves to be part of the game of life almost to the point of not being comfortable when there is no one else around.

The same cannot be said of myself and my partner who can sit for hours in the garden or at the Computer or reading. As our readers will know, we have an allotment apiece and the runner beans season is in full swing. We decided to have a lunch consisting mainly of beans and potatoes which I had the pleasure of digging out of the ground. 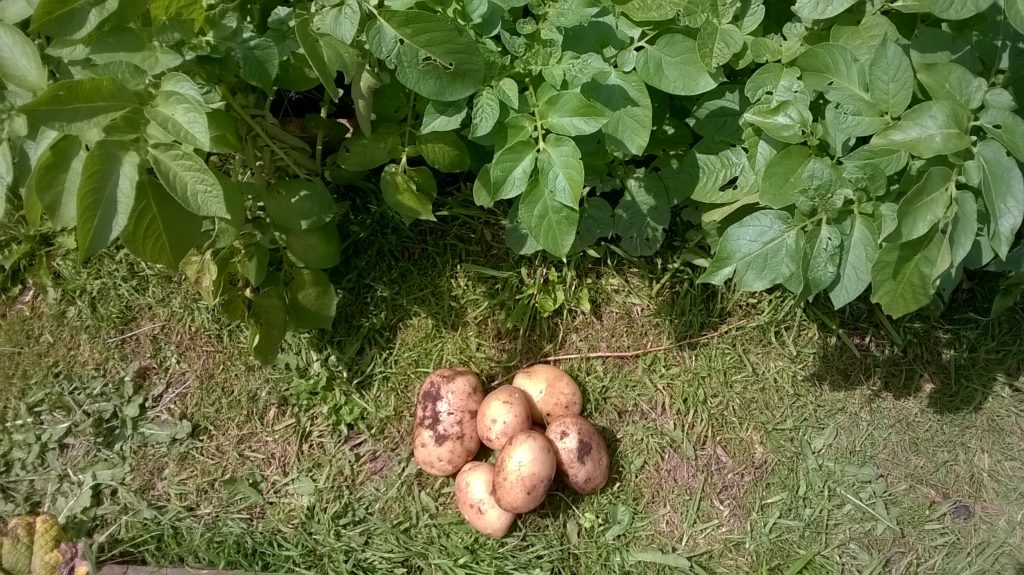 There is something very pleasurable about removing food from the earth when an hour later it is being consumed.the runner beans was so fresh that they could be eaten raw. They were a bit like young carrots. 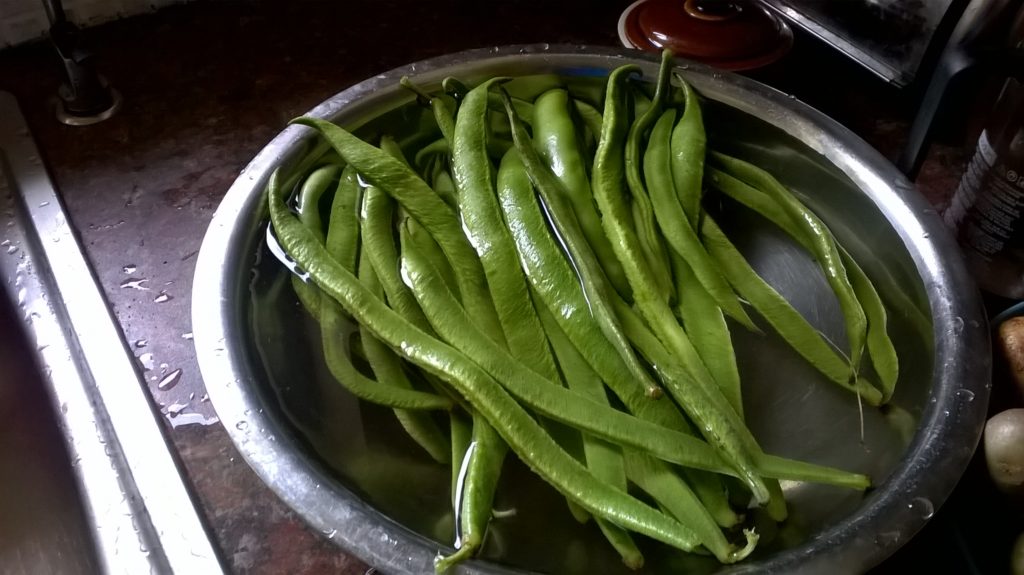 Today is the men’s doubles tennis in Wimbledon and we witness the strange habit of the men talking to their tennis balls or engaged in some nefarious planning activity that they don’t want the members of the public to be any part of.

I am a member of a local gardening club and we have the habit of visiting each other’s gardens during the summer season. Here are some examples of flowers and shrubs with the added bonus at the end of a space age disabled motorcycle.

As my readers are probably aware I do try to keep in touch with what is really going on in the world, totally disregarding the bought and paid for MSM mainstream media. I was shocked but not surprised to read in a well-regarded website that chemotherapy is found to actually spread cancer, generating repeat business for the for-profit cancer industry. You might want to read the article here

It says that although chemotherapy shrinks tumours it is also spreading cancer throughout the body thus ensuring repeat business for those who profit from this fear-based cancer industry. It is worth billions and billions of dollars. I would never give a single penny to cancer research. Alternative cures to the gross invasory techniques based on natural medicine are quickly suppressed and the operators put out of business. For example, in the USA, if a doctor prescribed vitamin D for improving the body system and increasing the resistance to cancer they would lose their licence to practice. It is a sad and corrupt world that we live in careening towards self-destruction. Here is a paragraph from the article.

The cancer industry is a corrupt, criminally-operated branch of modern medicine, run by felony criminals and hucksters like Dr. Farid Fata who is currently serving prison time for falsely diagnosing people with cancer so he could profit from chemotherapy treatments they didn’t need. His colleague, Dr. David Gorski of the Karmanos Cancer Center in Detroit, is not yet in prison but has been reported to the FBI for investigation. He remains one of the sickest and most sociopathic abusers of women in the history of cancer surgery, earning him the nickname “Gorski the Nipple Ripper.” He has also been accused of promoting cancer-causing medical interventions, possibly as a means to further his own profit interests at the expense of the health of innocent women. Dr. David Gorski has also been linked to “skeptics” kingpin James Randi, who was caught on tape soliciting sex acts from a young male.

Fighting talk? Yes, and why not.