Here I walked long with Mr. Pierce, who tells me the King do still sup every night with my Lady Castlemayne, who he believes has lately slunk a great belly away, for from very big she is come to be down again.

I love Pepys’ fulsome description of a lady (quite high up in the society of the day) who has apparently lost weight.

Anyway, today is officially Friday but since we both have nothing in particular to do I’ve decided to have the mindset of Saturday. Why? Because I’ve done a good amount of work for this week and I think I deserve a rest. If the truth is to be revealed, and it is about to be, I never rest. I find that boring. I’m quite happy to sit in front of the computer and catch up on the vast number of articles that I should be reading to keep myself informed. For example there is a huge tranche of two hour lectures on the perils of GMO genetically modified food and how companies are making billions of dollars out of serving up untested chemicals for us  but the results in our mouth and possibly interfere with the chemistry of our body. Some claim that it even  affects the DNA. When 12 qualified scientists who are not engaged by pharmaceutical companies get together and make a series of statements at the risk of their own reputations, there is probably something in it. I admire these people.

If you are a doctor practising in America, and you claim that vitamin C may help to prevent cancer will be struck off never mind if you have evidence. Such is the hold of the pharmaceutical industry. They are not intending to let go any time soon.

We had a lovely evening yesterday watching very good films on the Arts Channel on Sky including the history of Charlie Chaplin  which contained a host of information about his life that I did not dream of. I did not realise what a dreadful child hood he had. His mother had to be institutionalised for mental instability and his father became an alcoholic. 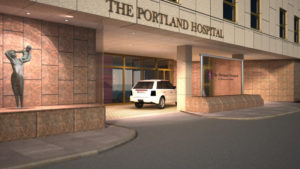 We also watched a film about the Portland Hospital in London which is where VIPs and very rich people go to give birth to their children. How lovely to have 24 hour gourmet cooking.

According to the receptionist, the greatest amount spent by a VIP was over £250,000 for the birth plus three days recuperation but that was when the VIP booked a whole suite of rooms, including rooms for guests, nanny, you name it.  The average stay costs about £12,000. A nurse who had moved from the NHS gave testimony and said she got wonderful training there but there wasn’t enough time to give the attention that she would like to each patient. A jolly good evenings viewing, chaps.

Off to the allotment to pick more beans than we can eat or store, and to dig a row of potatoes which are currently sitting in hessian sacks in the kitchen.  It is fascinating that the slugs prefer some and ignore others and I was rewarded with a new row of completely pristine potatoes that will do wonderfully for salads.

I had a chat with a fellow allotmenteer who was also overwhelmed by beans. He had noticed a disease spreading from the leaves at the bottom of the plant and also noticed it on other people’s beans too. Whether the leaves were just dying or whether it was an actual disease I did not know but he was a local Somerset man and you do not question the locals on their knowledge. Bad idea. You defer to them as a mere newcomer. People round here have either been miners or know someone who was and they have had to be very tough to survive and this lasts to this day especially among the older people.

This is really a community centre disguised as a butcher And they have been going since the dot. Almost every customer is known and they in their turn know the people who serve behind the counter. Such establishments are a dying breed but they keep going through reputation, through supplying only local produce organic in nature, and knowing that they survive or fail through the reputation. I normally buy ham and cheese quiches at the rate of two or three per week. They last for at least two meals each and cost £2.50. Yum Yum good value in my book.

Today when I entered a woman customer was in animated conversation with the server. He had evidently been away ill  and was now back bright and breezy and she said how nice it was to see him again. I announced to all and sundry that I thought that the woman came in mainly to see him and not ready to buy anything and she said “no actually I have come for a hug”. The butcher said “where do you meet a butcher as handsome as I am?”.  The woman complained, laughing, that all the handsome men were taken i.e. unavailable.  After about 5 min of conversation she finally got round to ordering some meat, a fine chicken no less,  devoid of chemicals and delicious as I can testify.

The rosy cheeked butcher who served me said that I probably wasn’t able to do much work. On a previous visit I must have mentioned that I do gardening so we had a little grumble about the weather, commented on the number of people who were away and then we got down to the business of why I was in the shop which was to buy something. You could almost say that it is rude not to  chat with the server before asking for anything.

That reminds me of another country custom  that when we are riding the local buses we always greet the driver with a good morning and when we leave we thank the driver. It is very rare for someone not to thank the driver. In very local parlance the driver is called ‘drive’. Don’t ask me why.

Off to the farm where we get our eggs and bird feed. The woman who runs it whose name I still cannot remember after three years (shame on me) had just cleaned out her shed and described in some detail how much she took out where she put it. We came onto the subject of  beans. She found that dwarf beans could be frozen but runner beans were less tasty when frozen. She then gave me a wonderful tip passed on from generations ago which was if you cook beans with a pinch of bicarbonate of soda they taste far better.  I shall definitely try this at lunchtime. She also offered very kindly to sell any beans I had on my behalf. I shall bear that in mind in the future but this time I didn’t really have enough quantity to make it worth her while.

PS Later- I did in fact try it at lunchtime and the beans were very soft and sweet  but I shall do a number of experiments with new beans and  beans a few days old.

For disposal of the excess, once this rain stops, I shall be walking around the area and offering runner beans to anyone who wants them.

So you see, by 10 AM I’ve had more social contact and many city dwellers have in a day or a week even. This is why I like to live where I am and in a way we both have our cake and eat it. We are within less than an hour’s drive from Glastonbury, Wells, Bristol, Bath, Frome and Trowbridge  and if we want to escape up the A303 or the M4 to London that’s about two and half hours a day. South Wales is less than an hour away (hooray that they’re going to remove the bridge charge at the end of next year 2018).

However, it must be admitted that it is more difficult to find people  who are creative i.e. those not merely struggling to survive.

This is definitely a day for showers and sunny periods with emphasis on the showers. Water decided to pour into our conservatory for the first time so quite glad we were present, with a bucket and mop.  Plastic guttering does not last for long. It was installed – let me think – 1980. I suppose 37 years is a good run.   The sky is so delightfully blue when it is not raining but then another black cloud looms over the landscape and off we go again putting up our umbrellas and running for shelter.

At school, many many years ago, I was Feste the clown in the School play and I had a rather unnerving job of singing a song to finish the play of William Shakespeare “Twelfth Night”. Shakespeare took the unusual step of giving a second title namely “or what you will” in addition to the formal title. In other words he couldn’t think of a name.

Here is the song that a 14-year-old boy had to sing in front of a large audience including his mother (cringe). It is ideally suited to the weather conditions prevailing in this part of the world and please don’t remind me that southern Europe is baking in hot sun.

When that I was and a little tiny boy,
With hey, ho, the wind and the rain,
A foolish thing was but a toy,
For the rain it raineth every day.

But when I came to man’s estate,
With hey, ho, the wind and the rain,
‘Gainst knaves and thieves men shut the gate,
For the rain it raineth every day.

But when I came, alas! to wive,
With hey, ho, the wind and the rain,
By swaggering could I never thrive,
For the rain it raineth every day.

But when I came unto my beds,
With hey, ho, the wind and the rain,
With toss-pots still had drunken heads,
For the rain it raineth every day.

A great while ago the world begun,
With hey, ho, the wind and the rain,
But that’s all one, our play is done,
And we’ll strive to please you every day.

I still remember with embarrassment the fact that I fluffed the lines of the last three verses. I just repeated what I had sung before but the doting ladies who comprised most of the audience did not notice and clapped anyway maybe out of relief that the school play had finished. My 15 minutes of fame.

Off to the Old Down Inn to find the normally irrepressible manageress, Maxine, admitting to being depressed because she had quite a severe chest infection. some people are so uniformly happy and positive you forget they are human and have their own weaknesses so after chatting at the bar for 20 min or so that having a usual ration of chips we sailed away into the night and waited for the next heavy rain shower.

And so to bed.