After visiting the Shepton Mallet show about which I have written above I decided for the first time in years to buy a soft pillow. I have become more and more aware of my body especially after the accident and I’m realising that I often sleep with my neck at an angle when ideally it should be straight in line with the spine. The pillows are not orthopedic models but at least better than what I’ve got at the moment which is basically plastic foam so I have decided to give them a try.

And now onto the topic of this diary:

I hear some people saying they never watch TV and seldom read a newspaper  and I can certainly see the logic of that bearing in mind the amount of visual programming that we can receive unwittingly especially when watching so-called news.

I think the whole point is about priority and attitude not time. I have about 500 channels to choose from on Sky and Freeview plus goodness knows how many  videos on Youtube and Vimeo and Net flicks that I really want to watch. With regard to TV, we chose our programs carefully. However, the indisputable fact is that there is lots of material of real value on TV both factual and entertainment which can be good for the spirit

First up was a program called Countryfile which was a special edition about a large agricultural show in Blenheim Palace.  We saw how old agricultural methods were being preserved for example showing of an old-fashioned harvester just about post-war time.  We saw how a lady became fascinated by painting cows after deciding to paint a cow  on her bedroom wall. Her father took it along to a gallery owner to be framed whereupon the owner asked her to paint 20 more cows and use them all to comprise an exhibition. There she was on BBC1. You never know where an idea might lead.

We saw youngsters being introduced to farming methods. We saw how difficult it is to marshal geese to do what you tell them. I found the programme very stimulating and encouraging, a reminder or how many nice community minded people there are around these days.

Second half, an hour-long investigation on the authenticity of John Constable’s the Hay Wain. it was quite a nailbiting as the team put together piece after piece of the jigsaw, followed trails, sought scientific opinion. We were finally rewarded with seeing the chap who paid £35,000 for the picture 10 years ago now finds it to be worth more than £2 million. His final words were that he wanted to be on public display so I suppose it would like to sell it to a gallery.

Next In-line and shortly thereafter, we watched the first of a new series of Dragons Den which I think is in its 12th series now. In case you are unfamiliar, applicants have to make a pitch to very savvy and successful people called Dragons in order to invest money with them. The exciting thing is that it is all live but of course pre-recorded; there is no escaping the perspicacity of said Dragons. I find this a very good learning experience albeit vicarious as to how to approach people or not to approach them. one person asked for £600,000 while cheerfully admitting that he had no plan and no idea how to bring his business forward. Another person annoyed the Dragons by addressing them in the familiar. I think it was Debbie Meadon who was called Debbs or Debbie or some such. It is always best to err on the formal side unless invited to call someone by their first name.

Other people were unrealistic by offering too small a percentage of the company in return for their money when some of the ideas were embryonic and had not stood the test of time. Some people fail because they have not done their maths homework and do not understand basic accounting procedures. One-person screwed himself up because he did not come clean that he had had a tax bill demand for 200,000. The best candidates are those who speak with humility and realism and have done their homework. In the past, applicants have failed because although they think their idea is very good they have not done research on the competitiveness of the market.

The final programme on the list of viewing this evening was Ross Kemp who specialises in going to extreme situations in the world and this time he went to  Pollsmoor prison which is situated in Cape Town. Strangely, I know it well because it was about 2 miles from where I used to stay with my friend in Constantia. I have been to South Africa 20 times. You could say I know it fairly well. All the prisoners in this prison were murderers, rapists or drug dealers. To put it politely, the guards have to let the men have their way in order to keep the peace. The ratio of guards to prisoners is 100. Saturday night and Sunday morning times consist of drug and porn related events followed by men having sex with other men.

The prison is controlled by three gangs, the 26, 27 and 28 gang . Promotion within the hierarchy is obtained via certain deeds  that you have to perform including murder. It’s regards doing, to the standard required and they are killed. Many of the prisoners come from Cape Flats where 2 million Cape Coloureds, the bottom of the pile, take refuge. They are regarded as below Black people and definitely below Europeans so a life of drugs and murder is second nature to them. What else is there?

The chief of one of the gangs was describing how he would routinely rape  newcomers who would be killed if they resisted his advances. I don’t think I need to say much more but the whole program was not a pretty sight. What I learnt was how conscienceless people can become when the circumstances are bad enough. We can look down on these people as animals but if we didn’t have enough food to eat and if our best friends had been killed and we knew we were due to stay in prison for 7 to 8 years I wonder how we would behave. Ross Kemp did a great job in my view.

So after about four hours viewing and I become a rich or a poorer person? I have certainly learned a lot and my attitude has changed, not much but it has changed for example in the way I prepare to meet someone when I have any favour to ask of them. I do not assume anything and them even more determined to be polite.

I was genuinely entertained by the efforts to secure the provenance of the artwork and I very much enjoyed seeing the agricultural show which in many ways for similar to the show that I just attended today Sunday, 20 August 2017 as I sit here in my office listening to showers of rain outside. 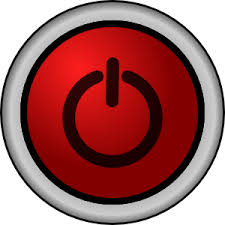