….Dined at home, and then my wife and I and Mercer to the Duke’s house, and there saw “The Rivalls,” which is no excellent play, but good acting in it; especially Gosnell comes and sings and dances finely, but, for all that, fell out of the key, so that the musique could not play to her afterwards, and so did Harris also go out of the tune to agree with her…..

Today Monday 11th September is paradise for me. It is teaming with rain so no gardening, I have no appointments and I am alone. Silence. Great for creativity.

We watched a film last night about  group of young people who were the objects of an experiment. Could they cope with being on their own for five days and nights. They were duly shut in rooms with basic necessities and three objects of choice. Cameras were rolling and a qualified psychologist was in attendance. Strangely no one chose a book to take with them.  It took 3h 45m for the first young lady to crack, and 24h for the second of five people -a young bearded man – to press the panic button. We are so dependent on stimulus from others in the form of text messaging for example that it has become like a drug. The two decampers could not manage the detox involved. I would have loved it. Presumably they got paid for their time.

My own mind is like a 24/7 entertainment show. I don’t need external stimulus though it helps of course. Whether I could cope with months of solitary confinement is another question – probably not but I would have thought five days is a piece of cake.

After watching a vid. on tsunamis (Japanese, equivalent to tsu (harbour) and nami (wave) I viewed the amazing Swedish vlogger and blogger PewDiePie who has such a surreal sense of humour. He could become addictive had I nothing better to do but on second thoughts too many profanities for my liking. Just imagine – he earns his living from monetization. He has 57 million followers greater than any leader of a political party except maybe Putin and Trumpet.

Next up, a visit to one of the many brilliant alternative sites Wake Up World, this time on ‘Seven Suppressed Technologies that could have changed the World’.  Its a real heart breaker to read.

One is about Stanley Meyer (1940-1998) who invented a car that ran on water. He was able to drive from New York to Los Angles on 22 gallons of water. He turned down an offer of a billion dollars to hand over the rights and patents and later was found dead under mysterious circumstances.

We would not have all this nonsense about carbon credits had this simple invention been allowed to eclipse the petroleum industry and its profits. 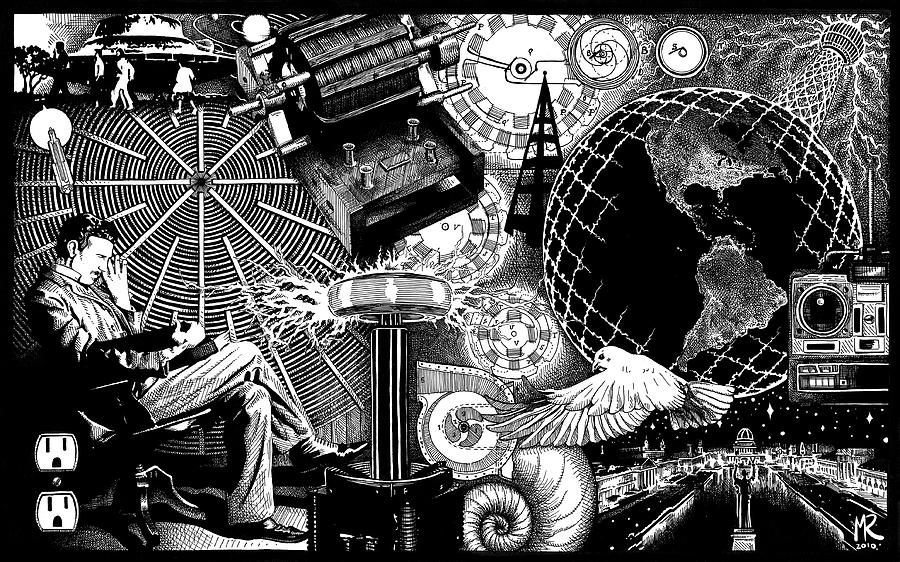 Most of you have heard the name Nicola Tesla. His goal was to improve the world through harness of the natural energies but after his death the CIA stole all his papers and set to work using the technology for other more nefarious purposes.

“Electric power is everywhere, present in unlimited quantities and can drive the world’s machinery without the need of coal, oil, gas or any other fuels.” — Nikola Tesla

Multi-talented Tesla cut across many disciplinary boundaries. His genius gave rise to a number of world-changing inventions. One of his most famous experiments/inventions was the Wardenclyffe Tower Project. It was Tesla’s attempt to provide everyone on the globe with free energy through harnessing electricity from the Earth’s ionosphere, by means of the towers. Without wires the towers could transmit the harnessed electricity to ground-level areas requiring it.

However, Tesla’s funding was stopped. His equipment and lab was burned down together with the related intellectual property because it posed a threat to undercutting the cost of the conventional electricity grid system. If Tesla’s Wardenclyffe Tower Project had been allowed to flourish and not be destroyed then today we could well be living in a utopia. Tesla died a poverty-stricken lonely and forgotten man in New York City.

Message – anyone who challenges the profits of the corporates be they in petroleum, pharmaceutical or power will be destroyed and probably killed. That’s the model of doing business in the USA. As Obama’s preacher once said ‘”God damn America”. Strong words from such a man. Did you know about ‘the’ sermon? It is too long to reproduce here so check it out.

Off to the allotment to find my carefully constructed runner bean row leaning at 45 degrees. Must be the resistance offered by the solid wall of leaves to fairly high winds, the aftermath of some hurricane or other trundling across the Atlantic. I pick a whole trug of them and return to base. Goodness knows what I am going to do with them. Freeze and eat I guess but they never taste the same.

Watched more videos – 9/11 will never go away. It was the biggest fake event with the possible exception of the Reichstag’s fire or Pearl Harbour but 9/11 beats the lot in terms of the application of technology. Just watched a good example vid. about wiring the buildings showing how explosives would have have been placed the previous weekend when by coincidence all video cameras were switched off. The video runs 18:53 so not long but very informative.

Cognitive dissonance prevents many people from believing that they have been conned all these years so The Powers That Be have an advantage here but strange isn’t it that 16 years after the event you can type in 9/11 to Google and get 6,470,000 returns. No controversy there then. As Joseph Goebbels said “If you tell a lie big enough and keep repeating it, people will eventually come to believe it”.

So I was thinking about adaption ( =  able to adapt. First recorded in 1790-1800). We all need to adapt to survive and make life reasonably pleasant for each other…. A book is adapted to make is more digestible….A play is adapted to make it available within certain time constraints…. A sophisticated person should be able to adapt to many situations including meeting different types of people.

So, this word is 100% non-pejorative. It cannot be used to accuse anyone of anything, or in derogatory context.

Adapting is a common natural way for people to adapt to their environment. Joe Barton

The best mother is the mother who adapts, and the best children are the children who adapt as well. Juliette Binoche

The more you adapt, the more interesting you are. Martha Stewart 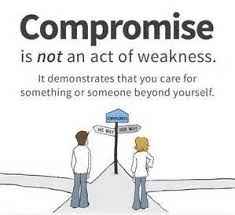 Coming on now to compromise. (from the Latin compromissum, a mutual agreement to accept the decision of an arbiter) Not such a squeaky clean word. There is a lot about tactics here. She compromised herself…. We are not prepared to compromise on safety…. Eventually they reached a compromise…. Sexism should be tackled without compromise.
We accept something slightly different from what we want because of circumstances or out of consideration of the wishes of other people.

Tolerance, compromise, understanding, acceptance, patience – I want those all to be very sharp tools in my shed. CeeLo Green

Don’t compromise yourself. You are all you’ve got. Janis Joplin 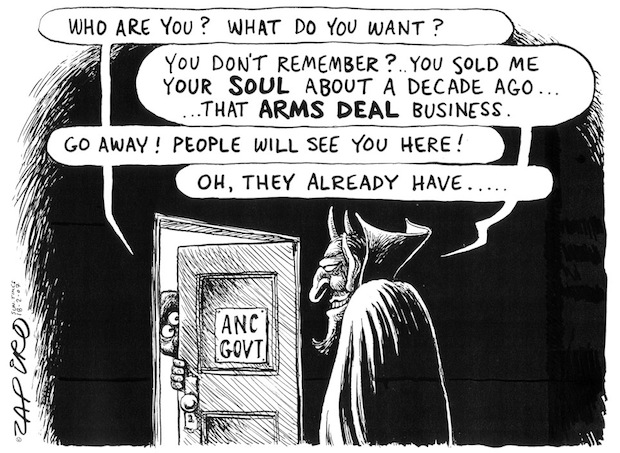 We now enter different territory. There is a horrible problem with selling your soul. You cannot with ease buy it back again although you can try and mitigate the effects and consequences.

Judas Escariot accepted 30 pieces of silver (which sounded quite a bargain at the time) for revealing the identity of Jesus. He went against what he knew to be true for the sake of reward.

Doctor Faustus, a sinister magician and alchemist lived in Germany in the early 16th century. He offered the demon, Mephistopheles, his soul in exchange for 24 years in which he would

live in all voluptuousness
having the devil ‘ever attend’ to me
and give me whatsoever I shall ask.
To tell me whatsoever I demand.
To slay mine enemies,
and aid my friends
and always be obedient to my will.

Not asking much then but what happens after 24 years? Doctor Faustus thinks that ‘hell’s a fable’. Could be a big mistake on his part.

Here is a little sample from the Huffington Post about a Haitian lady called Carine Fabius who sold her soul to the devil. I find the description positively poetic.

Selling one’s soul isn’t something that happens once in a great while, when someone receives an extraordinary visitation from Satan himself, who comes to take advantage of some terrible mess that needs fixing. We may not realize it, but we sell our souls to the devil every day. Each time we undermine our principles — ka-ching! Whenever we lower our standards just a bar too low — ka-ching! Every time we smile instead of expressing how we really feel — ka-ching! Each time we look the other way — ka-ching! goes the cash register. And what about humiliation? Repeated acceptance of the big H — ka-ching! You know that catch phrase, “being in denial?” What do you think that really means? Ka-ching! Ka-ching! Ka-ching!

Fact is, we sell off little bits of our souls every day. And since the devil takes many shapes and identities, we’re like scam artists who sell the same piece of land to different people. Problem is they all come collecting eventually. Whether we sell off little chunks of our souls or big chunks, doesn’t matter. It’s always at the below wholesale price. No matter how good the deal seems, you never get your money’s worth.

So can we unsell ourselves? While we are alive we have free will so with sufficient contrition the answer has to be yes. Unfortunately this may be more difficult than we might imagine as the years of selling may have diminished our will power so much that we lose the desire to re-form.

Evening – had supper consisting of runner beans and a vegetarian burger plus a few cold potatoes.  Completely adequate. I am listening to my Number One philosopher Noam Chomsky, one of the last great thinkers unswayed by corporate interests. Noam, the Archbishop of Canterbury and Michael Eavis are my models supreme. 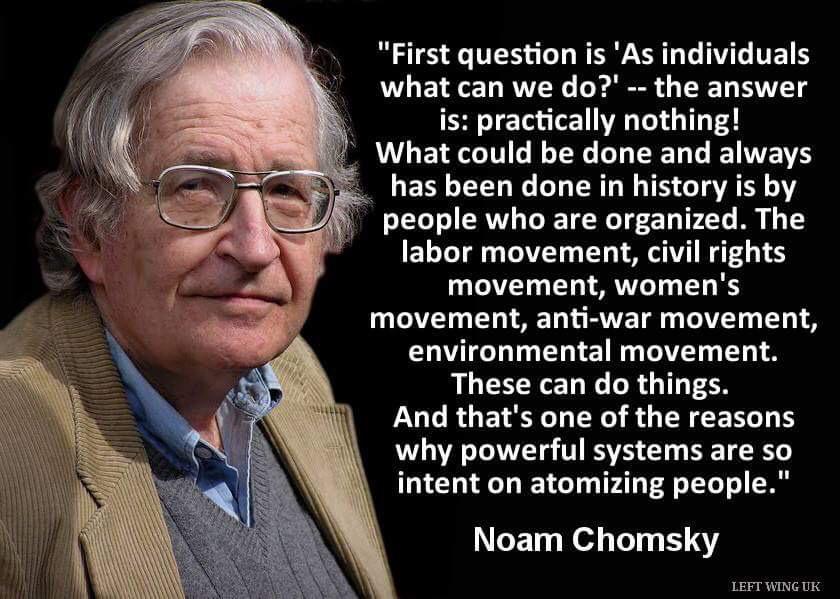