Up by break of day, and got to Brampton by three o’clock, where my father and mother overjoyed to see me, my mother, ready to weepe every time she looked upon me. After dinner my father and I to the Court, and there did all our business to my mind, as I have set down in a paper particularly expressing our proceedings at this court. So home, where W. Joyce full of talk and pleased with his journey, and after supper I to bed and left my father, mother, and him laughing.

I am missing mention of Elizabeth his wife but no matter.

Thinking of yesterday’s workshop proceedings (see diary) I realise how much affinity I have for people who do not fit in. ‘Consumer people’ or simply ‘non-thinking or reflexive people’ are so boring, predictable and empty at least on the surface. It seems that, unbeknown to them, their individuality has been eroded from without – and within – by the relentless drive of ‘needing to be popular’ i.e. getting lots of ‘likes’ on social media.

If I reflect on the topic, I find most ‘normal’ people are like shadows thought pleasant enough and I feel uncomfortable or shall I say ‘partly alienated’ or stretching the idea ‘not able to fully engage’ in their company. I can make momentary conversation but I know there is going to be nothing of lasting value and I suppose so do they. Having said that, I have had delightful conversations with complete strangers so this observation does not always apply.
Ah well, its all about being on the same wavelength, methinks

It comes down to the famous scene in The Matrix.

“You take the blue pill, the story ends. You wake up in your bed and believe whatever you want to believe. You take the red pill, you stay in Wonderland, and I show you how deep the rabbit hole goes.” The term ‘red pill’ refers to a human that is aware of the true nature of the Matrix”

I would slightly amend this quote and say ‘…refers to a human that is aware of an alternative reality’ (hello Carlos Castaneda).

Most people have taken the blue pill by default. End of. They just have. (I’m like – uuur – is all that remains).  The people who don’t fit in, such as myself, may be reminding the ‘normals’ of who they could have been if they had dared to individuate. The fact is, folks, they will not do so whilst the main stream media keeps them afraid. Us red pill people are destined to be on an existential desert island for most of the time. Oh by the way I am not talking about ‘weird’ behaviour which is rightly marginalized by sensitive souls. 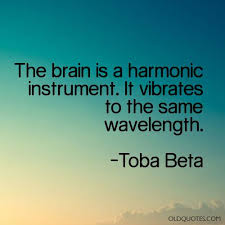 In my dreams I would assemble all the people I know who do not fit in (quite a number actually) and I reckon that more interesting discoveries and realizations would happen in a few days than happens in six months in the world of ‘normality’. Sociologically. the attempt to align yourself with an entropic entity (society) that is in itself warped and twisted by greed, fear etc. is doomed to failure.

Youngsters with make up plastered on their face actually alienate me because it is a mask and I do not know what if anything lies underneath. As an example, Lady Gaga has a very ordinary face when seen minus makeup and if you saw her in the street you would not look twice. … who do we relate to? The mask or the person who lies beneath?

When I was in hospital (Southmead) I found it more meaningful when interacting with the nurses  inter alia because they are not allowed to wear make up and you can actually see their faces.

Oh dear I made a blunder (or did I?). I asked a local farmer to deliver some horse manure from local stables. He bought along a load which seemed OK but on closer examination when he had gone we found a lot of weeds, but more seriously lumps of solid clay and large thick slate, plus a wooden board. There were a few wheel barrows of good stuff but the rest was ‘taking the mickey’. Non UK readers this means ” To minimize someone by ridicule, mockery or derision, especially if the clueless subject does not realize he or she is the target of ridicule. British in origin and similar to “taking the piss” out of someone.
Urban Directory

Francoise and I went along to see what he had done and he had plainly been there but had just dug straight into the pile as if he was earth moving while taking no notice of the layers of ‘the good the bad and the ugly’ (thank you Clint Eastwood).  My problem is that I tend to trust everyone unless proven otherwise which can take time. I have to say that this policy works on balance. It is very common in service industries for people to start off by delivering good quality stuff and then for what ever reason allowing the service to deteriorate.

This afternoon we celebrated as a town in the Town Hall the 80th birthday of the consort of the Mayor, Patricia Flagg. She is active in most of the town’s activities as a volunteer. The mayor or someone used his photographic skills to put together a rotating slide show of Pat at various stages in her life. 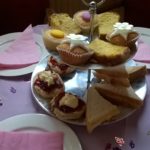 High tea was laid out. This was a surprise for Pat. Someone went to get her at her home on some pretext and she turned up and was genuinely overcome by all the people there. She was given a  microphone and stuttered a few words such as ‘I am completely overcome – I had no idea etc.’ Then, silence. She went around thanking people. Us guests were not sure when to tuck into the sandwiches and scones. As no signal was given first it was one table then another starting to eat. Tea was bought round in cups. Eventually the cake was cut to the singing of Happy Birthday.

I was amazed that no one from the family or friends responded to Pat’s thanks. e.g.’On behalf of everyone here, we do appreciate everything you have done for us …. etc.’ so I had a chat with one of the councilors about this. Evidently her daughter had specifically requested ‘no speeches, its just a family thing’. Oh really?  Sounds like someone being possessive and controlling. Here is a link to what is normally done at such events.

Supposing someone wants to speak on behalf of others. At all similar events I have been to there is a reply or speech – weddings, funerals, you name it. Also it is common to propose a toast – even if it is orange juice. It is also normal for a family member to congratulate Pat and recall one or two examples of behaviour in her life (preferably with some humour) and also things that have bought joy to the family. The decision to exclude speeches took the shine off the event for me, anyway, but being Brits we make the best of it.

For some reason, some eagle handlers turned up, maybe to amuse the kids. As it happened the adults were also interested. You will understand that I am never off duty when awake. Here is the business card of the group who bought the eagles.

Apostrophes are to be used with care or should I say with a knowledge of the English language. If this was a printer originating this they should be ashamed. I suspect it was a do it yourself job. i.e. design your own art work, approve it yourself and get it printed on the internet. It is not even consistent. Why not have “Animal’s” as well. <Gets out loud hailer>  You never apostrophise the plural of a noun (but there are different rules with names). 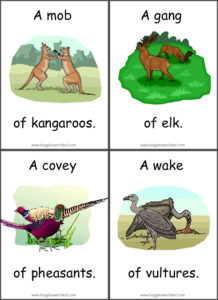 I asked the chap in charge of the eagles what was the collective name for them (e.g. a murder of crows, a murmuration of starlings). He said he did not know but admitted he ‘should’ know. Never mind.

It is actually a convocation of eagles. I like that. con=with; vocation=calling in life. Hunting is the vocation I guess.   If you want the whole list here it is.

Anyway, I made the best out of a wasted opportunity and met a couple of interesting people. We went home in warm sunshine, being aware that tomorrow Monday 16th October 2017 the remains of hurricane Ophelia will cause winds to blow at 60 mph. Will they huff and puff and blow the house down? [The story of three little pigs).]

Of course, Ophelia could go off course and it could be a balmy day. 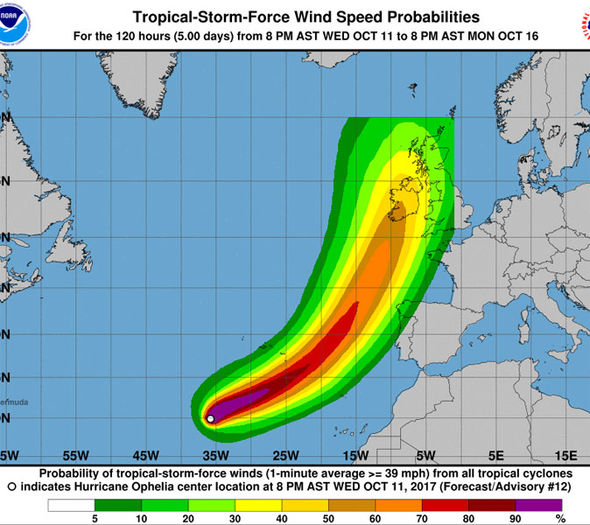 Time to turn off the computer and r e l a x.  Don’t ask me to define that word.