… To supper and to bed, my wife coming in by and by, which though I know there was no hurt in it; I do not like...

So who feels sleepy at the same time of the evening for the same reasons? Our circadian rhythms are seldom the same. I know of couples who retreat into separate beds or even in different rooms so they can get a good night’s sleep. It does not mean that they are not in love with each other. They just need rest and – activity such as snoring or restlessness – keeps the partner awake.

Last night I attended our local garden group and was teased on my arrival by people saying ‘Brian is coming on Saturday’. I had no idea what they were talking about until I realised that that was the name of the next storm. I love high tides and waves and tempest but decided against going to Weston Super Mare or the south coast in general as the day will be accompanied by incessant rain, so tomorrow we will hunker down at home but knowing us there may be a change of plan.

The recently delivered firewood sits by the stove in our living room. It smells of dampness, not surprising since it arrives fresh with 25% moisture content and takes about a month to become usable – ideally three months – and that only if it is kept in dry conditions.
We switched on the central heating for the first time yesterday. Sad.

Today’s topic is ‘safety in the garden”. Sounds boring. Actually its a life and death discussion. Did you know that 87,000 people a year in UK land up in hospital due to gardening accidents? The main culprits are cuts of the body followed by falls and being struck by objects.

A little over a year ago I sustained 7 broken ribs and a collapsed lung arising from stepping back to admire my handiwork when cutting a hedge which was situated in a bank. This has affected me mostly for the good. When I am stepping up off the ground I make sure that a) there is someone with me b) I think before I act. 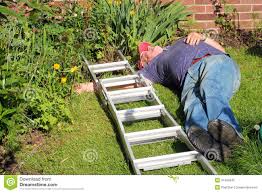 I now act as a slow witted fool (yes really). If I am climbing a ladder I talk myself through each stage e.g. is the ladder safely anchored, what do I do with my left foot, what must I carry with me and will it compromise safety. Am I wearing the right clothing including headgear. Branches falling on you from even one metre above you can cause a nasty gash. Chain saws can bounce up in an instant and mess up your leg. Each and every time I turn on a chainsaw I look around to see who is there, look again for what would happen if a branch falls the wrong way or if my power tool became uncontrollable. 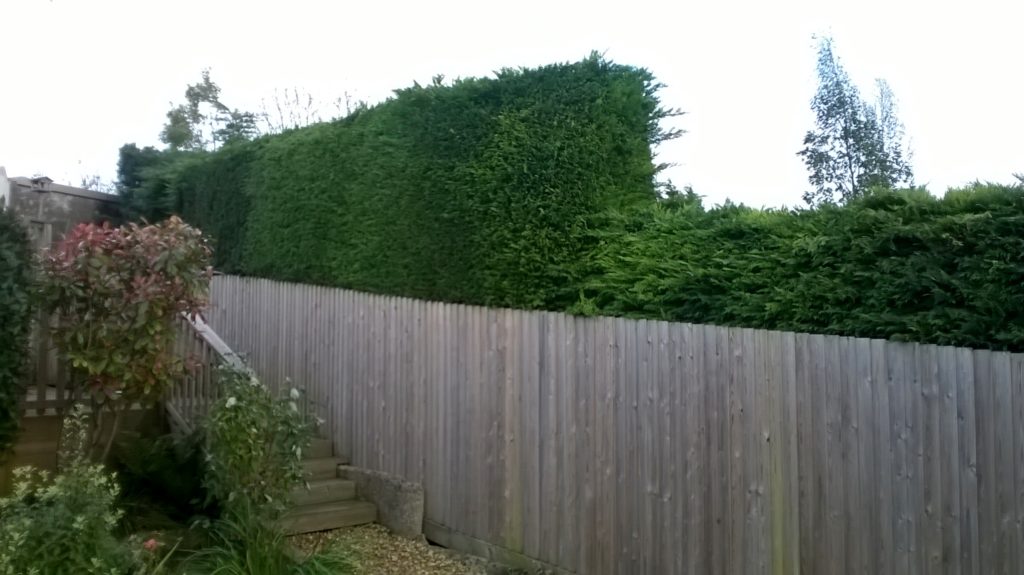 See the illustration above. It looks harmless enough. It could be a death trap. Go trim the top is the instruction. Guess what. The top of the hedge is 12′ high. I have a hedge trimmer with a long shaft but it still cannot reach. If I go up a ladder I would have to let go of it and use two hands and a pair of shears to cut the growth. It is too high to bring an ordinary hand held electric trimmer and most petrol ones are too heavy. In this case I did a ‘dress rehearsal’ and went up by ladder without tools to see how safe I felt. It was very marginal. In the end I took up some secateurs and snipped away at some of the more serious culprits whilst holding the ladder with the other hand.
Conclusion – I could not do the job to completion as it would have entered into the category of danger. I abandoned the task for this particular part of the hedge, which was about 2-3m in length. I told the customer I could not do it and she understood. Result – I did not have an accident. I did live to fight another day.

Problem: If you fall, gravity acts faster than you can react making gravity the winner each and every time. So, people, this gardening lark is not a race or a competition. Take it easy and do not rush. Work twice as slowly and twice as safely. AND we are all getting older so activity that we could do with ease 5 years ago is now beyond us. It is not a failure or a weakness; it is AGE.   AAGGGGHHHHH 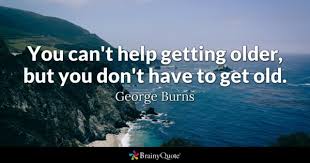