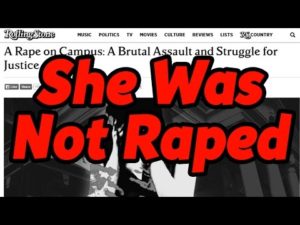 In this groundbreaking day of another step forward in the Brexit deals I find myself momentarily concerned with another matter. I read once again about allegations, sometimes decades-old,  made against well-known people for sexual molestation. We seem to have had a stream of these in the last weeks, so much so that it is becoming tedious.

There are two broad classes of molestation of all types, consensual and non – consensual. I’m not referring to sexual abuse of under age people, or innocent youngsters in their mid or late teens or predators jumping out of the dark to assault a hapless victim. I am talking about supposedly mature ladies who claim to have been ‘raped’. Frankly, I’m sick of the whole nonsense and simply don’t believe the accusations.

The thigh muscles for obvious biological reasons are among the strongest in the body. If they are ‘closed for business’ so to speak they are more than able to repel a small visitor if I can tactfully say that. If a person waits 10 or 20 years before reporting an instance of rape there must be a reason, and that reason in my submission is conscience. If my car was stolen or I was raped with violence I would be on to the police straight away. What is the scenario?

Here am ‘I’, an ambitious actress wanting a part in a film. I’m invited by someone for an interview in his hotel room and I open the door to find him in a bath robe. Only by ignoring my woman’s instinct not to mention my intuition would I allow myself to proceed into the room. Only if the desire for fame is stronger than what is left of my moral integrity would I enter the room. In the particular case I’m thinking of, the reputation of the person concerned must have been well known.

As the old song says, ‘it takes two to tango’. In a morally bankrupt ‘me me’ society  the so-called victim in this category should not complain but instead look why she got herself into the situation in the first place.  She did so because she was prepared to prostitute herself to get real or imagined benefits. Part of the bad feeling post event was due to plain and simple conscience but then (sudden brainwave)  she thinks of a cop out. If she shouts ‘rape’, the possibility is that she will be believed.  Also, the resulting publicity will not harm what she hopes to be her career.  Unless the so-called rapist is a very skilled hypnotist, of course it is consensual. Come on guys, we are not babies. We know what we are doing.

The acquisition of blame? 50-50 unless proven otherwise.

Samuel Pepys, the 17th-century diarist, continues to be my inspiration for writing these diaries but in future I will only make direct reference to the diary if I see something that I particularly wish to comment on.

I continue to recover from my debilitating virus. But it’s not my virus, it’s part of the world in which we live. Rumi the famous Afghani philosopher of the 13th century wrote a number of poems and scholarly works had this to say ” If you desire healing, let yourself fall ill let yourself fall ill”

Yes, he did repeat that for a reason. Allowing and accepting ourselves to be taken by illness can be a prelude to a very valuable period of meditation and renewal. I have spent most of today in bed staring at the ceiling thinking about nothing but very much enjoying the fact that I have no obligations apart from generally being around while my wife entertains a visitor, an old friend, with whom she enjoys hanging out with. The friend has impaired healing but she is not completely deaf. She is very good at lipreading so you have to remember to face her when saying anything. If she does not get it the first time she certainly gets it the second. She unfortunately dropped her mobile phone into a glass of water the previous day so we are cooking it over the radiator to see if that will help. A faint hope, but that’s all I could think of to do.