I ended the first part of my discussion by saying that the perceived disadvantages of childhood were no excuse for not achieving full potential (how is that for a double negative). In order to demonstrate the truth of that hypothesis you would have to show that the people with most pampered childhoods have achieved the greatest potential in life and those with deprived childhoods, the least. The most casual glance at contemporary history will indicate that this is a wasted exercise.

Ambition* is a two edged sword. Ambition for ourselves and our own glory could well corrupt our own essential value, whereas ambition for the world may bring countless blessings to ourselves and others. I think we might well replace the word ambition by the word “vision”. This word has less force and a more inclusive feel. The whole landscape depends on whether your philosophy includes an obligation to benefit or bring value to other human beings. This in turn depends on your belief of who we are.
* from the Latin ambire, to go around canvassing for votes 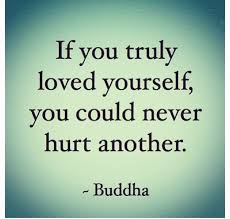 Example: there are some who believe that we were all one consciousness and we are all aspects of the same consciousness in which various elements are manifested. In this context, competition and individual ambition seems shallow. By affecting others we effect ourselves. By hurting others, we ourselves diminish so some would see that as a mugs game. People who do this are not necessarily evil but ignorant. For me and others like me of whom there are many I am sure the question will be where to place ourselves that we can make a difference.

I totally respect the fact that there are some people who like creatures on a treadmill are quite happy to maintain themselves in a physical state of comfort following the policy of “eat drink and be merry for tomorrow we die”. This phrase, originating in the old Testament actually from Isaiah chapter 22, could be seen as an expression of hopelessness, though I hope you don’t find me too puritanical to make that statement. “If this world is all there is, we are of all beings most to be pitied” ( I forget whose quote this is). It would be extraordinary if there were nothing greater than ourselves though quite frankly looking at the way mankind behaves it is quite difficult to imagine something less.

I do not believe in the predestination of souls and take the view that we make our own future, neither am I a fatalist (the philosophy that means you cannot change your future) but I do believe that a measure of free will which most of us have in spadefulls we can choose to make the world a better or a worse place. In my terms, “better” means a more human, or community minded, a more purposeful, a more loving place which is concomitant with the world view of such great teachers and philosophers as Jesus Christ, Mohammed, Buddha etc.

There is no small or large action. We either choose to bring people closer together by default, or we allow or ignore factors that are moving people apart. I could call it “passing by on the other side”. When we die, I think there is some sort of automatic evaluation and direction setting. The system has to be automatic otherwise St Peter, who reputedly officiates in these matters, will have to attend in quick order to 151,600 people each day will attend the Pearly Gates. The nature of our consciousness when we die is in essence so I believe a continuation of the way we were pointing when we were alive or shall we say when ourselves which I believe to be eternal was resident in a particular body. It would seem therefore a good and sensible investment to planning the long-term. 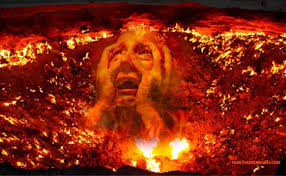 It is interesting to note the testimony of people who have died and returned to life again perhaps on an operating table and seeing aspects of themselves and their future environment that are either good or dystopian. There is no reason for these people to lie so I think we need to take their testimonies seriously. The conclusion I that I reached this morning is that it is not what you do but who you seek to become that is the main factor. So, you can have any job you like. Jesus was the son of a carpenter which you could count among the manual trades. If you look at many of the saints through the ages they had quite humble jobs and Albert Einstein worked in the patent office at one point in a career that was difficult and problematic to say the least.

‘Setting out our stall’, therefore, is not for the sale of goods for services but the individual embodiment of the type of society and the quality of living that we believe in. It seems to me that this brings a certain freedom. If we act on behalf of eternal values we embody a preview of eternity itself and we are not so reliant on the appetites and vagaries of human life. As St John and others commented “be in the world but not of it”. This means that our values distance us from the more ridiculous and nonsensical activities of the world. By that I mean, activities and mindsets that lead nowhere or on a downward spiral.

Whilst  on this subject, I have always had a good feeling about the adjuration of Jesus when he said “behold, I am sending you out as lambs in the midst of wolves, so be wise as serpents and innocent as doves”.  This is a very clever analogy as most of them are. Doves are white, they reflect light. They look down on the situation and see it without being involved. The servant is the streetwise half very definitely know what’s going on on planet Earth. We are asked to embody the dove and the snake in one psychology. This is not a contradiction and we do not need to be schizophrenic but to be aware without upper brain, the neocortex, and the reptilian brain which is designed for physical survival.

If only people could realise that each and every individual is unique on the planet and if they acted like it and not one of the crowd I’m convinced that most psychological problems could be healed. Sad to say, some people go through their lives without thinking one original thought. These people are not even aware that they are in a box where everything they do, say and think is conditioned by the media and so forth.

People do not have to try and be unique because they already are. If you think I’m exaggerating imagine that every person has 50 qualities or talents and each one of them is capable of being developed in a different way in a different context you realise that the permutations and combinations are much greater than the numbers of people on this planet.

In this context, the idea of competing with others and attempting to be better than them seems to me to be futile. As a prelude to ‘setting out your stall’ why not enjoy this idea for a few days or weeks. Whilst on the subject, I think we need to address the topic of so-called failure. Failure means that the attempt to succeed did not have the results that you anticipated. However, unbeknown to us all, the experience gained comprised and essential stepping stone to achieve something else. I recall the saying “if at first you don’t succeed then try and try again”.

That’s all I want to say at the moment or rather that is all I’m inspired to say. I have given the number of clues for us who wish to to work on so ‘watch this space’. Oh and one more thing, if this is the first time you have read one of my blogs, this is an exceptional outpouring of inspiration, by no means my average diary entry which is indeed concerned with normal things that happened to me every day and my experiences in Somerset. Sometimes, a combination of things behind-the-scenes elicits such a phenomenon.

As I speak these words, I’m looking out on a bright blue winter sky, such a change from the grey skies and continual snow of yesterday. Time for lunch.