No matter how cold the day, no matter how much frost you wake up to, once you get working the body generates its own heat. And thus, we were today occupied with a grand hedge cutting operation, 84 m of hedgerow with a total height of 4 m. It is about 2m in width so it is impossible to reach the further higher branches even when standing on steps because your arms are only so long. I reckon no one had touched it for at least five years. The very nice lady customer thinks it was two years but I think when you’re 85, the memory for certain things is not what it was.

We did four hours working up and down a quiet country lane. From time to time, horses and their riders would approach. The nearby riding school were exercising their horses. When a horse rounded the corner and saw us, unfamiliar alien objects, they paused uncertain what to do. We had to stand very still and let them get used to us. Some of the horses wanted to turn around, some animals walked sideways, some just stood and stared until the urging of their riders forced them forward. We did have to stand very still and my wife made encouraging noises. I am too ignorant of horses to know what noises they would find encouraging so I just stood and stared.

On the way back we passed a National Health – private operating hospital, one of the Circle group, set back anonymously and discreetly behind a VW car showroom along the Peasedown bypass. This is a unit for a variety of surgeries including hip replacements, knee surgery, eye operations, gastroenterology. Although we were hardly dressed to the nines, I decided that this was the time to visit and see what’s going on. As readers of this journal will know, when I trust my intuition and I don’t know why, there is always a reason as we were to find out.

The reception area was deserted save a lone receptionist. The atmosphere was very strange, a bit like being on another planet, and I attribute that to the excellent design by a leading company of architects. I leveled with the receptionist and told her that we came out of curiosity never having been before. She turned out to be a very bright young lady of about 22 years of age, at Bath Uni, and delighted in explaining what specialities the hospital undertook. I asked for a cup of coffee whereupon she walked down to the cafe area and made me a cup of Americano and Francoise a cup of tea.   Since there was no one else around she was quite happy to sit down with us and have a chat. From the moment we started talking, it was quite clear that this was not an average receptionist but someone with more than their fair share of confidence and extrovertness.

She was studying criminology at Bath University but found it boring and in reality wanted to go into fashion buying. In this connection and to gain experience, she wanted to visit Paris, Prague, Venice, New York. She had already visited Rome and found it exciting though expensive. There was no way that this was your average local girl so we queried her about where she got her positive global attitude from. Evidently she had a charismatic Indian mother or was it grandmother. I told her that I thought she had what I call a lucky star. People with such stars, I observe, always fall on their feet and get lead in the right direction.

Both Francoise and myself got an immediate positive impression and my image of younger people was somewhat restored, it being rather jaundiced at this moment in time. She was called Daisy, so we found out when we were on the point of leaving her. My goodness does the name suit her. She works at the hospital each Saturday to earn money because she plans to go to New York next December. Brave girl, good on you. She was attractive that in a very un selfconscious and innocent way you could say. She also commented on the number of people who are rude, and demanding of her attention. I rather half-heartedly said that they are probably under stress but there is no excuse for such rudeness especially in a place like the hospital where people are trying to help. I knew it was a phoney excuse as soon as I open my mouth but I said it anyway.

Back home to heat up some leftovers, and then watch NHK TV which is the international television channel for Japan. The programs are of unfailingly high quality, mercifully free of advertisements and feature people walking or cycling or traveling by train around this amazing island of order and harmony. Everyone is so polite in Japan, if I came into a lot of money I would spend two or three weeks there. Even cheap trips would not come in less than £3000 per head so I need to save money in my piggy bank for this.

I talked with my old and good friend Barbara  who lives in Pissouri, Cyprus. The pound is a bit pathetic compared with the Euro, I think it is about €1.12 the pound which even at bargain basement hotel rates doesn’t get you that much at least not in season. A neighbour of Barbara rents out their flat and fortunately it is available during the month when we were hoping to stay there. I can’t wait to have consistent warmth. I love the way that particularly in small villages everyone sits round the village square, mostly wearing black and passing the time of day. What a wonderful solid community there is that everyone can draw strength from. 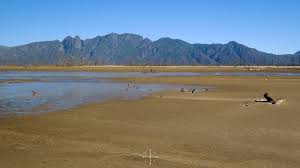 I want to go to South Africa in general and Cape Town in particular but they have a disastrous drought and in three months time the water supply will be turned off and everyone will have to go along to 200 water collection points to get essential supplies of water .There is water rationing as I type.  North of Johannesburg is another matter where there are  thunderstorms and rain almost every day. It’s just bad luck that the Cape has been much drier than normal for the last three years.

Up early this morning reading David Icke’s latest book, all 600 pages of it. I am familiar with most of the material but it is always good to refresh ourselves and remind ourselves what a world of lies and deceit we are living in. Coincidentally, at about 9.45 am all subscribers of which I am one got an E-mail from him saying that due to the violation of the terms of Facebook (unspecified) David’s page had been removed. David’s immediate reaction was, ” I must be doing something right” but he was nonetheless annoyed and will be seeking redress as soon as possible. Good luck dealing with such a faceless behemoth as Facebook is ( no pun intended). Most Americans including Californians do not even know where England is never mind paying attention to some small – to them – body of people complaining about being left out. To say that USA is ethnocentric is to put it mildly and when you add that to the tendency to be a policeman of the world it makes the whole thing pretty unsavoury.