“Nature abhors a vacuum”. This well-known phrase was originally spoken by Aristotle.  This morning, with no particular worries on my mind, I could write my own ticket for what I did during the day. I was quite pleased by my ability to do things slower and more deliberately but at 10 o’clock my semi-somnambulance was jolted by a particular raison d’être. I had offered a young lady who was in emotional distress an appraisal of the situation. She said that she would be interested to hear what I have to say. I let my imagination roam free and wrote about 1000 words. 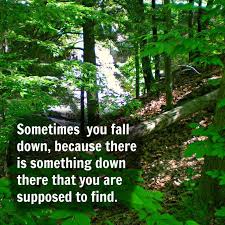 Many people have an excessively self critical state of mind and it seems to me that some of them find this comfortable in a strange sort of way. The lady concerned blamed herself for the inability of her son to trust anyone following a divorce. I tried to point out in my reply that it was partly the situation that damaged the child of which she was a part. She did not deliberately with malice aforethought do on to her son. Due to ignorance, lack of experience, and fear she did not manage the situation of her relationships as well she might have done. If we all went around beating ourselves up for what we had done then we wouldn’t have time or energy for anything else. The question is, did we learn from our experience.  I have a feeling that this lady is going to take a long time to stop blaming herself and learn to forgive herself for a situation which was a life changing but hopefully not life damaging in the long run anyway.

“The CIA owns everyone of any significance in the major media.”
William Colby – Former CIA Director
“We’ll know our disinformation is complete when everything the American public believes is false.”
William Colby – Former CIA Director
I have reached page 350 of David Icke’s latest book “Everything you need to know but have never been told”. His writing on the selective exclusions of so-called fake news material from Facebook was prescient because at the time of writing his own Facebook page has been excluded because of ‘unsuitable material and violation of conditions’. In other words, he’s saying things that the mainstream media do not wish to have in the consciousness of people who actually think. David Icke has more courage in his little finger than most people have their whole bodies and I do applaud his consistent effort over the last 25 years or so.
*****
I took a trip down to the allotment which as you may know I run as I’m chairman and secretary. It is satisfying to know that we have 100 % occupancy rate. I hope to build up a small waiting list so that I can have more leverage with people who do not maintain their plots. Today was a delightful day without rain but the plots are so soggy that you might as well try and dig wet concrete.
*****
I have had time to think about the feasibility of helping the organisation which I have mentioned yesterday and the day before which is a nationwide venture to do with the assisting people to raise the consciousness. I suppose it’s a sort of New Age thing. My conclusion today is that if there is more than a certain amount of chaos, division or rivalry you are just putting your head into a wasps nest and are more likely to get stung than anything else. I am willing to give good amounts of energy to an individual or a scheme but if I have to play politics at the same time, or take part in political games, then it is not worth it. 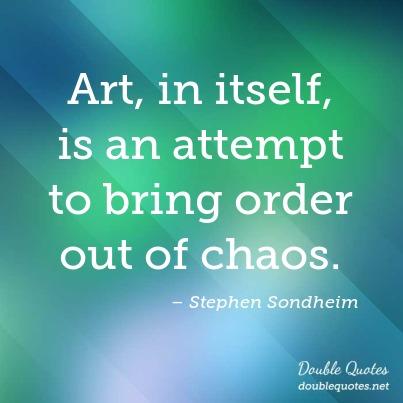 Order out of Chaos is the moniker of the Freemasons and goodness knows who else as well. Order is one thing, but harmony is quite something else.  We could spend a happy hour discussing the difference between the two. On another track, we could say that chaos and music cannot coexist.
The problem with my profession as someone who attempts to give advice is that people come to me for help mainly at an advanced stage in their condition or situation. They wait until every other avenue has been exhausted and then come along for professional help. I’m sure the legal profession find this as well. The later you come along to seek help from an adviser, the more complicated and urgent the affairs, and the more expensive in time and energy it is. I’m sure the lawyers do not mind.
From my personal point of view it should be a joy to give help and I don’t want to exhaust myself in the process. I’m glad from the selfish point of view that  I can pick and choose my clients unlike the General Practitioner or anyone working in Social Services who have to take what they are given.
*****
A pleasant evening at our gardening group making plans for the year and paying our annual subscriptions. We all sit around in a little room in the pub, we will talk so much that we can scarcely hear what the other people are saying and we always order a splendid plate of sandwiches consumed enthusiastically by all. I have no idea what’s going to be planned but we will visit a variety of gardens as we normally do. Our active group is about 18 and in a way that’s the way I would like it to stay. Jesus had 12 Apostles –  chosen from his many disciples by the way. That must have been a hard choice for him to make. He must have known his destiny otherwise he would not have chosen Judas Iscariot.
*****
The frost makes amazing patterns on the windscreen of the car. The new floor mats I had bought from Lidl today do not fit and I must return them.