I tend to turn on the TV when I get up whilst making my coffee. Nothing happens speech wise until I’ve had the precious liquid.  Coffee making is a ritual which I have performed for as long as I can remember. With the TV it’s a choice of BBC1 breakfast (Sky News is too much for me with the background military the music) or Transworld International which this morning was devoted to a sermon on giving money to God. I agree that tithing is good but this is something I didn’t want to listen to first thing in the morning. BBC was talking about late assessments for people with special needs and how most Local Authorities were missing their deadlines but then something came on that really caught my eye.

I only started to concentrate halfway through but there was this young man bouncing out of the screen at me, and I thought to myself “here is a non-programmed person” who turned out to be none other than Stephen Manderson AKA Professor Green, a rapper and documentary maker. I slowly came to realise that this man was free of restrictions, enormously enjoying living, and those eyes communicate like few others and it reminded me how so many people mortgage their real selves to take on some robotic role defending some position or another making themselves pretty boring in the process.

They say that the eyes are the windows of the soul and it is clear that the picture above is Stephen in his comfort zone. If you compare it with the picture below where he is being invaded without necessarily getting his permission then we have another picture entirely. 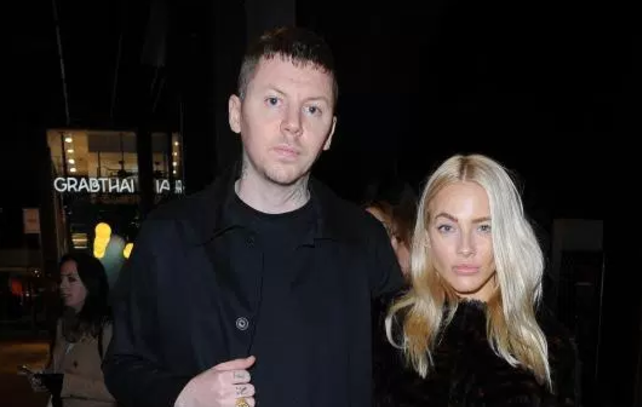 I would say that Stephen feels alienated; the joy has gone out of his face. Defensive mode we could say.  I think we are all sensitive to context and it reminds me how important it is when seeing anyone on an important matter to choose the right place. If someone wants to talk about a private matter such as a relationship it would be unwise to choose a public place such as a pub where the noise levels are higher than you would only imagine until you actually start attempting to talk privately.

Back to image again, I wonder how many of us know the people in the public eye. Dolores O’Riordan, lead singer of the Cranberries, left this life on 15 January 2018, much  lamented by her friends and admirers including the President of Ireland Michael Higgins.  I love the title of her debut album “Everybody else is doing it, so why can’t we”. She was the youngest of seven children and produced three children of her own. The words of her songs are very much related to social projects, about being respected and valued and about being listened to. I must listen to the words of her songs with greater attention. 36,200,000 other people obviously did for that was the number of albums she sold.

Here is another struggling human being, evidently prone to depression. I will take a guess that she was so busy that she did not have time to attend to her own matters and the divorce from her husband cannot have helped very much. It must have been difficult – being the richest woman in Ireland – to know to whom you can talk without the gossip spreading. Who do you trust? Everyone has their price, unfortunately.

Anyway, it’s 09.54 in the morning and I haven’t even had breakfast never mind getting dressed so having started the day with a creative blast I must now get back to addressing more conventional matters. My monthly visit to the eye department is but one.