It is interesting how things happen in clusters. Without any planning, two acts of reconciliation or attempts at reconciliation have happened this morning. The first event involved a colleague with whom I have business to attend to from time to time. He said that he felt the relationship between us was prickly and that he would like to attempt to reconcile it.  I admire anyone who does this because it must take a lot of guts. For this purpose he invited me to coffee in what turned out to be a rather noisy cafe. Having asked me what it was about and that upset me I told him first of all that he was patronising. He then went into defensive 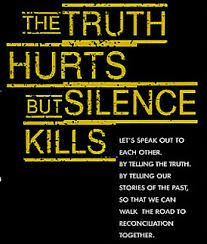 mode and said that he was not patronising. I did not see this as a very good start but said that I would consider my position and write to him.

We spent the rest of the meeting pleasantly enough, talking about concerns we had in common such as the ageing population of churches, the damaging effect of mobile phones, the real reason behind chem trails, the New World Order and the desire of the powers that be to make us all the same and take away our freedom, the difficulty that older people have of changing the mindset and entertaining these rather ‘way out’ concepts.

I said to him that reconciliation take place in many stages if both parties are willing. The same cannot be said of President Zuma of South Africa. Yesterday, Sunday, six top ranking members of his own party visited him in his house asking him to step down. He refused to do so. When you get to that stage, the demise is inevitable but the people in the centre of it do not see it.

As a general rule, I would say you should not remind people of the bad things they have done or tried to score points in any way but simply to say what your impression was and how that compares with theirs. You could start off by saying how impressed you were by their various qualities giving some examples. Also, remember that something that bothers you may not bother someone else so with a little bit of humility and openness, a solution can be found to most problems. If that is not possible, you could agree to differ. That is a good half way house.

The second reconciliatory event consisted of a meeting about the topic I mentioned on February 3, which was the difficulty the organisation had of communicating professionally. I spoke to the local representative of the firm, as I have a lot of time for him, and said that before I sent off a letter to the head of marketing, I wanted him to phone her up and introduce me. Basically she has never met me and does not know me and is more likely to respond to me if prompted by an intermediary. Later in the day: both he and I have made attempts to call her but alas no response was forthcoming. This is not looking good but give her the benefit of the doubt.

Today is a lovely sunny day with amazing variety of pink shades in the sky as the sun sets. My wife has just had a tax rebate. My own tax rebate amounted to £3.20 which is probably below the amount they consider worthy of spending the postage on.