I arrived shortly before 11 o’clock  in the vicinity of Holy Trinity church in Paulton to see knots of people trotting up the street. I had momentarily forgotten that this was the second Sunday of the month when youngsters are baptized. It is easy to spot if someone is not used to going to church, they look awkward, they are unfamiliar with the hymns and order of service but to their credit they turned out to support a friend who by the look of her was very pregnant with her second child.

Some of the regulars had chosen to avoid this service but there were about 10 of us there. I was drawn into an unfamiliar role. There were two children, one of two years of age, and one three years of age, who were making a huge noise and making it very difficult to hear the vicar. Their mother took them to the back where there is a small playroom which is also used to serve tea but she did not think to close the adjoining door and the noise of the children riding scooters enthusiastically up-and-down echoed round the church in a very clear manner.

The mother then left them to their own and I decided to take a hand. The mother was unable to figure out that closing the door would diminish the noise in the church. I went to look after the children and firmly closed the door behind me which meant that people could hear the sermon. I spoke to the mother twice and I was very struck that she was completely unable to respond with words. I realised, intuitively perhaps, that she was completely and utterly exhausted. I did my best for about 15 minutes to keep the children under control by doing the normal fatherly things but that did not elicit any acknowledgement never mind thanks from mum. I suppose if I had to be on duty seven days a week 12 hours a day or more I would be the same. I notice that her husband looked on rather meekly and it was clear that she wore the trousers as we say.

I did not actually want thanks because it was quite rewarding to know that people in the congregation could hear the vicar. By the way, he turned up a few minutes after the beginning of the service because he had been at another church. He was complaining of a bad stomach because he had a under-cooked cheese burger the night before.

The service was rather jolly. The vicar encouraged us to clap and make body movements of praise and power. We sang a hymn repeating the verse three or four times and each time we sung faster and faster. the words were thus;

I know it’s difficult to get excited about that just reading the words but it got the congregation going and gave the young boy who was christened a good sendoff.

After the baptism itself happened, we went for the usual tea and I commiserated the vicar on the condition of the stomach. On Tuesday, we have pancakes because it will be Shrove Tuesday in a couple of days so  I enquired to sure there will be plenty of supplies of sugar, lemons, and maybe some jam and cream for an occasion of self-indulgence.

Am I going to give up something for Lent? When I was young, I gave up sweets but stored them all in a bottle and gorged myself when Easter came. I’m not quite sure what the benefit of that was. I suppose I could cut down on wine but then that would be good for me so I suppose that’s not much of a sacrifice. I could give up not reading the Bible as much as I would like to, but that’s a rather perverse twist of thinking so I think we better leave it there. 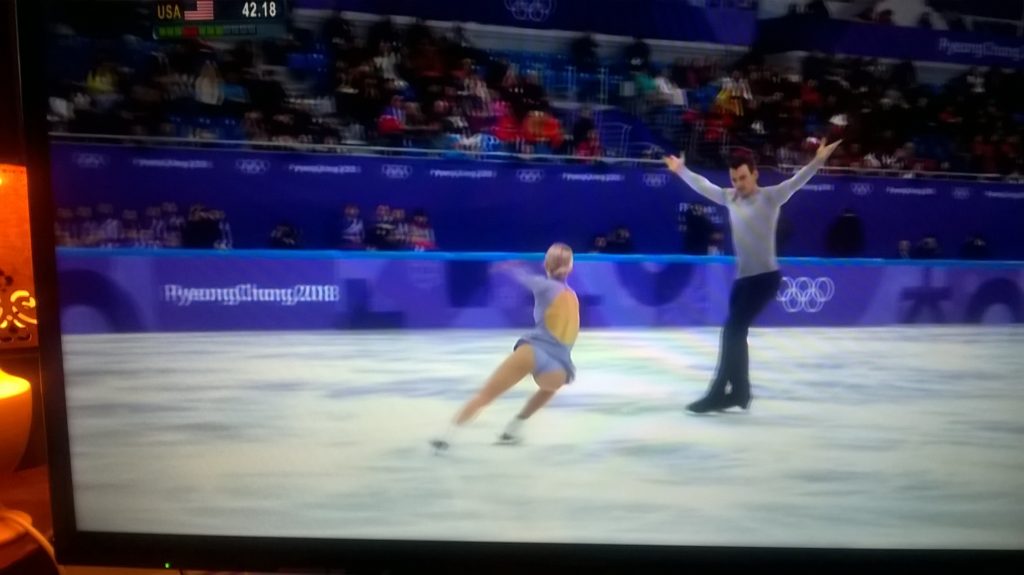 So now, the Winter Olympics are with us again. Anything involving ice,  extreme cold, skating, going downhill very fast, skateboarding, high risk stuff gets me involved. BBC seem to give about eight hours a day or should I say per 24 hours to what is vastly entertaining so what chance do I have to do some useful work. I could not cope if I had a full-time job. Thank goodness for the record facility on Sky.

I have the following to do in addition to watching TV. I have about three or four books to read all of which are very good and which I ordered from Amazon. I need to prepare for a newsletter (Mailchimp style) and a new website for an organisation that believes in volunteerism. I need to watch at least another 14 training videos for a new piece of equipment I want to buy. The number of books I have amounts to about 1000 and I really must try and sort them out. Dewey and all that. I have six DVDs, part of a series, in the furtherance of one of my interests, that I must also watch.

I’m not complaining because it is a self chosen burden and only happens because I have a continual desire to learn more but I think I really have to prioritise. I have already decided to stop watching violent programs on TV, and by that I mean Police Interceptor programs where we see the less delightful sides of human nature. I find it makes me angry and I may be picking up an atmospheric anger which does me no good at all. There are always idiots that will try to evade the police, driving their stolen  cars at 100 miles an hour. Watching them does not increase my knowledge about anything. I don’t bother with cooking programmes any more because I have enough cookery books at home to last the rest of my life and I don’t want to spend my entire time try new recipes

It is now 6:15 in the evening and what have I done? I answered a few e-mails, watched a David Icke video, went to church, helped with preparation of lunch and did the washing up, watched another video, watched the Olympics on TV for an hour or so.

I ask myself, was the time frittered away or was it used productively. Still, it is Sunday so I shouldn’t be too hard on myself