It is nearly 9 o’clock in the evening and very unusually I have not found anything particularly interesting to write about so I’m going to start from zero by sitting down in front of my computer and seeing what happens.

One of the allotment tenants of which I am the chairman and secretary off the Association had to resign because his doctors told him he has a brain tumour. He has maintained his plot lovingly for years and it is in immaculate condition. I first of all asked him if he wanted to maintain it and be helped in the short term while he had his operations in the hospital but he wrote back saying no, enough is enough, and rather poignantly “I never thought I would have to write a letter like this”.

It befell me to ring up the first person on the waiting list, an affable fellow called Ron, whose father had had an allotment in the 1980s to tell him that he has first refusal on one of the finest plots on the allotments. Normally, I let people just get on with it and give them the benefit of the doubt but I do feel very protective towards the legacy of this one because of its condition so I’m going to interview the applicant on Saturday and see how much he knows about gardening. Most people who fail, do so at the first fence when they realised how much work actually has to be done. I try to help everybody physically with a couple of hours work but even that does not succeed in being the motivator to attend an allotment which on a good year can yield between £100 and £200 worth of produce from an outlay of around £20.

Today was pruning day in our garden and I hired my good mate William to do the heavy stuff up ladders.  Since my accident last year I have vowed not to take any risks so I would rather pay someone to do the more difficult jobs for me. Trees, both individually and in groups, have a great intelligence. If they don’t have enough light, they bend their branches towards where there is to see the light. If the conditions are not right, they do the nearest thing to committing suicide which is just dying. The mistake people often make when they are planting out their garden is not to allow enough space between trees. This is where the planting instructions should be carefully followed, particularly when different types of trees are involved.

If I ever get the chance to instigate social change on a big scale  I would address the problem that old people in particular have of not having the opportunity to engage in conversation with others, thus enduring loneliness. With a few tweaks here and there, the vast majority of loneliness could be ameliorated. Whilst in Exmouth, I read about a lady called Caron Sprake, a former carer,  who recently designed and launched “Happy to Share” cards for those sitting alone in cafes would welcome some company. Caron, who is a champion for the elderly through her blog Caron Cares, funded the first batch of cards through a £450 grant from Recovery Devon, a charity keen to fund ideas to promote mental well-being in Devon.

Caron says “ the inspiration behind the cards was my observation of people sat alone; I just wondered how we could encourage them to share tables and start a conversation.” She adds “it is an incredibly affordable suggestion for a solution to loneliness. Elderly people are seen as a social burden, a drain on resources. People forget their contribution to our freedom and prosperity. These people were once beautiful, vibrant and useful. To tackle loneliness we need a complete change in mindset, back to the days of inter–generational living – less about what we can all have and do to reward ourselves and expecting others to scoop up and care for our elderly. We all have a role to play: individuals, business and the government”.

My own feeling is that we cannot rely on the government whatever colour it is to ‘care’ for us and that we are to all intents and purposes on our own. I think it fair that we exercise our own initiative and creativity and not expect to be waited on hand and foot. I have the instinct in me to look after anyone I see when I’m walking around in public but it took me many years to perfect the art of talking to people while making sure they are comfortable about being addressed by a stranger. I totally understand that if people are of a nervous disposition, it is very difficult for them to take the initiative with striking up a conversation so I am so pleased to see the initiative above and I pray to God there will be many others who take up the challenge of some form of community service.

I but recently acquired the Oxford Directory of Quotations, courtesy of the manager of the Bay Hotel in Exmouth. I love quotations, particularly by Oscar Wilde but the one below is from TS Eliot the poet, critic and dramatist. It is from a play called The Cocktail Party (1950)

William Blake, wrote from his book of Thel (1789)
Everything that lives,
Is not alone, nor for itself

and from The Marriage of Heaven and Hell (1790)
If the doors of perception were cleansed
everything would appear to men as it is, infinite
and
How do you know but every bird that cuts the airy way
is an immense world of delight, closed by your senses five

We tend to forget, perhaps, that the search for happiness and meaning has been going on for millennia well before the production of the printed and mass produced book and well before the introduction of social media. I feel that the above quotations are very apposite to the lady I mentioned above. How about if our feeling of loneliness is due to a misunderstanding of the universe and its limitless dimensions. If we see ourselves as just a mind and body randomly thrashing around trying to exist, what comfort is there and what security?

I find it more sensible to believe that we are an eternal spirit that happens to have a body rather than a body that may happen to have a spirit. In other words the vehicle that I live in is called the body but it is not the occupant. I think we have a subliminal urge to be free from these limitations and as a first step  it is much easier to survive in an unfriendly and inhuman world if we can ring the bells of our spirit by engaging in conversation with others no matter how imperfect the dialogue is.

On the topic of Facebook, I very much enjoyed the article by G.S.Luthra on David Icke’s site called “Social Media has destroyed the Human Soul”. The last paragraph sums up the solution neatly:

“Ladies and gentlemen, such idiocy makes no lasting civilization. Best advice, shut up, learn first, and then speak. Avoid excessive internet use. Seek human contact. You can connect with others online, but it shouldn’t be exclusive, you need physical communication. Alternatively, you can stay in solitude and develop through art, meditation, music, and books, and then apply what you learn. From that you’ll gain wisdom and experience. That is better than associating with bad company. For some, this is best, because it’s hard to find genuine friends” 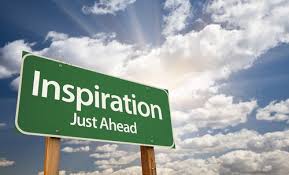 So there we are. Once again when I can’t think of anything to write, as soon as I put pen to paper out it all comes. My friend William asked me today whether I was keeping up my diary and I said yes. I have written daily for more than a year. I promise you something of note always happens.

And so it was today.