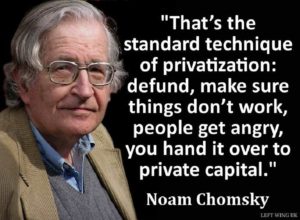 There are certain things which make me viscerally* angry and these include the continual talking down of the UK National Health Service saying that the patient satisfaction is lowest ever, that the NHS  is heading for collapse, that someone has successfully sued doctors for making a mistake. Has anyone thought of the effect this has on the professionals concerned. Incoming patients have contact with the staff and talk to them, probably sharing some of the disquiet. The front-page headlines in newspapers will remind the doctors that however hard they work, for some perverse reason they do not get the acknowledgement that they need and deserve. Jeremy Hunt, the Health Minister, seems to be  waiting for when the NHS is eventually privatised. The coming of the National Health Service after the Second World War was a major triumph but then private hands started to creep in as  for example the Private Finance Initiative in which profit conscious entities build a hospital or facility but then charge ridiculous fees for making any changes or innovations.     * relating to deep inner feelings rather than to the intellect

This morning, I have decided that a very much anticipated trip to Cyprus to see my friend should not take place in the month that was planned namely May. I was planning the costings and the  schedule last night, or trying to plan the journey, but absolutely nothing happened. I was looking at ‘dead’ material. It did not jump out at me. It did not excite me. I know that in the summer season plane fares jump up enormously but I don’t think this was the sole reason. Neither was the fact that the cheapest flights leave from Stansted airport at 7:20 AM necessitating half a night in a hotel or sitting waiting endlessly in semi- somnambulance. Although I have the means,  I would rather spend £56 on a flight leaving in the morning as opposed to £130 for the same journey at convenient times say mid afternoon. I wonder if it is a fault or deficiency in faith or some such. 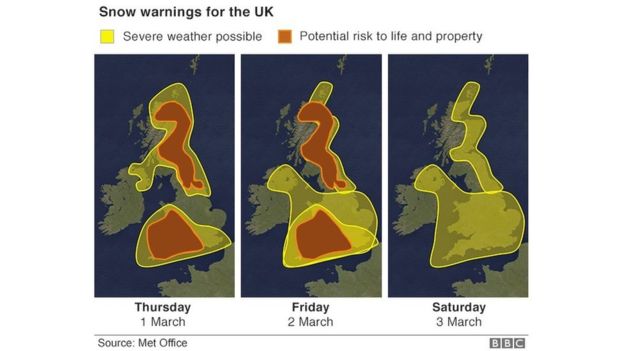 Us Brits love talking about the weather. We complain if it is 1° below zero. I remember being in northern Finland when it was -15° C and it was lovely and clear and fresh. The BBC have reassigned their weather forecasting to another organisation but even so I have never seen a map similar to the one above. We are right in the middle of threatened snow tomorrow and Friday. That message is absolutely unambiguous. It doesn’t have quite the impact that the collapse of Toys R Us and Maplins both on the same day but we shall make sure we have enough food to keep us going in case we can’t get out. In a way I’m looking forward to a good dollop of snow. You can’t really call winter by its name unless there has been a baptism by the white stuff.