“Find something to celebrate in your differences“. I love the conciliatory mindset that is implied. I just heard the quote on TWR radio and this stimulates me to write today’s diary….

I find the word ‘love’ as it is currently used to be virtually meaningless. I don’t even want to talk about the American version pronounced ‘lerve’ which is a scattering of momentary attention which is as likely to be manipulative as it is to be altruistic. We talk about falling in love, being in love perhaps with ourselves, “just loving” the moment. It is a catchall word casually thrown around. Cheap talk I could say.

The first type as defined by the Greeks was Eros or sexual passion. The Greeks didn’t always think of it as something positive, as we tend to do today. In fact, Eros was viewed as a dangerous, fiery, and irrational form of love that could take hold of you and possess you.
The second type of love was Philia, or deep friendship, which the Greeks valued far more than the base sexuality of Eros. This was about showing loyalty to your friends, sacrificing for them, as well as sharing your emotions with them.
The third type of love was Ludus, or playful love, which referred to the affection between children or young lovers. We could call it flirting. 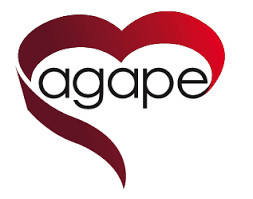 The fourth type of love was Agape, or love for everybody. Unfortunately, this type of love is declining to a marked extent and we urgently need to revive our capacity or will to care about strangers.
The fifth type of love is Pragma, which is the deep understanding that develops between long married couples. This is also about making compromises to help the relationship work overtime.
The sixth type of love is Philautia, which is a love or regard of oneself. This can turn into an unhealthy variety associated with narcissism where people become self obsessed with themselves and their career; the second version enhances our wider capacity to love.
Another Greek word for love is frater, which is brotherly love

I would think it virtually impossible for anyone even a couple to exhibit all these types of love with the same degree of freedom. I am often reminded of clients who say “he loves me in his own way” and I think this is a reflection of the multifarious ways of loving and caring for people.

It intrigues me that in a partnership the types of love that people manifest are different. The question is are these differences complimentary? all I can say is the happiest people I’ve known are those who manifest all the types of love if not with their partner then with the community at large. As someone said to me once, ‘you don’t have to like them to love them’ and there is such a thing as doing your duty to mankind with people who are not particularly pleasant but you do it anyway.

In all relationships we need a little bit of faith. I love the quote shown on the left. I think we need to aim to be well rounded human beings, not obsessed by one thing or the other. I know this is easier said than done but it is certainly something we can aspire to in this unsettling age. I personally think that without a good dollop of agape in a relationship with its overview of the whole,  it is doomed to mediocrity. In these circumstances the couple would take refuge in consumerism and extremism.

In my own work with relationship counselling over the past 40 years I find that people punish themselves too much when the failure has been in the situation. The people involved have often been quite pleasant and positive but the hoped for gelling did not happen. If anyone would like some help even a second opinion then see my website.