Last evening, I had a most interesting videoconferencing via Zoom  which is a more appropriate platform for serious group discussion than the all dancing and jumping Skype which seems to me overloaded and unreliable. I don’t want to see a message saying “we are trying to get the contact back for you”.  There is plenty of bandwidth around, just get yourself organised. Google have enough profits to keep Skype up-to-date so get your finger out IT people. Oh, and while I’m about it, could you actually beta test your updates and tell us why you are updating because I find that fails normally happen after an update has occurred < rant over>

Anyway, there were 10 assorted people interested in the philosophy of contributionism. That’s a bit of a mouthful I know. It’s less about money, more about sharing your produce, your time and your energy. What I love is the way it attracts people who have seen for themselves the fact that they can earn money, be successful, and yet find that they have sold their soul to the system. This can happen at the age of 40 or 50 or any age come to that. We had one such chap who sounded about 35 but was actually 55 and was looking to make a new start in the field of healing. Instinctively, we all welcomed him into the fold.

We are now going to examine a ‘surely it’s obvious’ question of the day. What is a team? What do you have to do to qualify to be a team as opposed to a collection of people sitting around the same table. Are all committees teams? No, far from it. We may have a collection of people with a strong sense of commitment but will the performance be greater than the sum of the performance of its individual members. A stage that is often skipped is actually getting to know the other people. We need to understand who is good at what, and who can be relied upon, who is all mouth and no action, and who will take responsibility if things go wrong.

I have noticed at committee meetings that the situation can be presented in a way which makes certain assumptions about knowledge. In committees there are normally the core element and the outer element. If a core element is controlled by a dominating person then it is his or her views that will carry the day not necessarily to the benefit of everybody. I think it is worth checking with each and every person if they are happy with a motion and not relying on people just mumbling or putting their hands up in a desultory refashion.

People have a magic habit of fading into the landscape and becoming invisible and if things go awry blaming the weather, or bad astrological configurations, anything but themselves. I have seen too many examples when a motion is passed without anything resembling a ‘what if’ discussion and proposal. In other words, always have a plan B even if you don’t think you we’ll need it.  (I do this with each and every holiday. I needed it once, when I had an accident and I really did need it. Lack of precautions would have cost me thousands of pounds). Anyway, I ramble on. Back to the meeting. The averred intentions of a meeting can often mask only a vague intention to do something, very tidily worded, but nevertheless inadequate for the rough-and-tumble of possible eventualities. I think it is much better to have a moderate plan, achieve it and learn from it rather than trying to build castles in the sky.

And now for something completely different. Would you believe these anagrams? 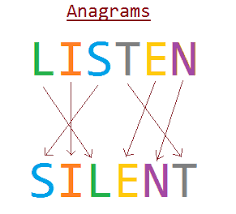 EARTH
when you rearrange the letters you get
HEART
and so on, go on, check them
PRESBYTERIAN > BEST IN PRAYER
ASTRONOMER  > MOON STARER
DESPERATION > A ROPE ENDS IT
THE MORSE CODE > HERE COME DOTS
SLOT MACHINES > CASH LOST IN ME
ELECTION RESULTS > LIES – LET’S RECOUNT
A DECIMAL POINT > I’M A DOT IN PLACE
MOTHER-IN-LAW > WOMAN HITLER

The day has turned into about four hours of video watching. Suddenly, two or three videos come long that are a “must watch”.

Firstly, a video made by David Icke asking why the newspapers are not taking any notice of all the slash and burn tactics of You tube, restricting the freedom of individuals to have a viewpoint. He entitles it “Where is the gutless media” We are indeed living in a post fact society where bashing Russia without evidence is seen as okay.
Secondly, from an excellent site called Top Documentary Films. These are all well researched documentaries and this one was called provocatively “Stare into the lights my Pretties”. This talks about the hold that technology in general and mobile devices in particular have over the mindset of the population, and how they are affecting the connections in the brain, and how technology is used as  marketing tool by the corporates and secret services. I would not normally watch a film which lasted over two hours but it was worth every moment of it.
Thirdly a video recommended by Penny Pullen, a very courageous fighter for good causes. A lady called Lisa Transcendence Brown is talking about vibrational changes and how they affect the DNA. This lady is not a professional speaker and will not impress the skeptic but for those with any transcendental  sensibility it will definitely speak to.