Just imagine my surprise when I received a lovely letter from the above lady that I haven’t heard of with an unpronounceable name.

My name is Mrs. Fathiea Al Bitar, I would have like to have a private discussion with you, If you don’t mind. Please let me know if my letter is welcome, I will tell you more about my self with my photo and why I contacted you. 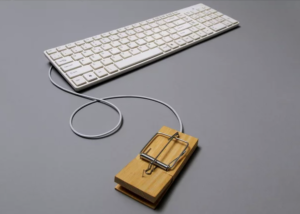 I remember many many years ago before I got used to this sort of thing, it’s called a 419 scam. For a the moment, I thought of responding just for fun but the trouble is that once you respond even once, you will be tagged as a gullible person and you will be pursued for evermore. It is almost impossible to avoid spam these days. I registered a new domain name yesterday and immediately I got a good dozen companies from India or offering to do my SEO or ‘complete web design’. They are obviously individuals. Their companies with an URL are never mentioned which means they’re going on fishing expeditions and will get a small commission if they introduce new client to a proper web development firm. So someone has paid someone else for information. This data leak has happened in spite of the fact that I’m applying for a web domain through official channels.

The 419 scam of which the above letter is the first stage is named after the section of the Nigerian criminal code that outlaws fraud. The writer claims that you have won a lottery, or someone needs to get rid of some money because of cancer and their impeding death, and for any other plausible sounding reason you can think of. However in order to process your claim which of course you were not aware of, it will be necessary to pay an advance fee. After you have paid the fee and of course having given your bank details, they ask you for more and then when you finally start to smell a rat they disappear off the face of the earth with your money and there is no redress from your bank alas.

You may wonder why 30,000 people each year from America alone are conned in this way. They say that hope springs eternal and if you are let’s say of a certain age, not very used to the Internet, lonely, not able to ask advice, you are the sort of person they are after. Once you get drawn into the trap even by answering, letters get more a more seductive. The same thing happens with romances. You can get fooled into sending money for travel for people who do not exist. It’s amazing how people who are intelligent can be fooled, that is the nature and extent of human need.

From the exploiters point of view, the idea is to work up the level of trust and create a level of psychological dependency. These e-mails are not just received by English people that buy anyone capable of being scanned i.e. anyone with an Internet connection. As a scammer said recently, he knows if he meets a Saudi Arabian person he is in luck. ‘They don’t know what to do with money‘. Nigeria is not the only country to do this. Ghana enjoys a better reputation and sometimes fraudsters channel through them. There is a good article, Why do smart people fall for scams, it is written by the Better Business Bureau which is in the US but it’s not a bad site so worth a look when you next receive a seductive letter. 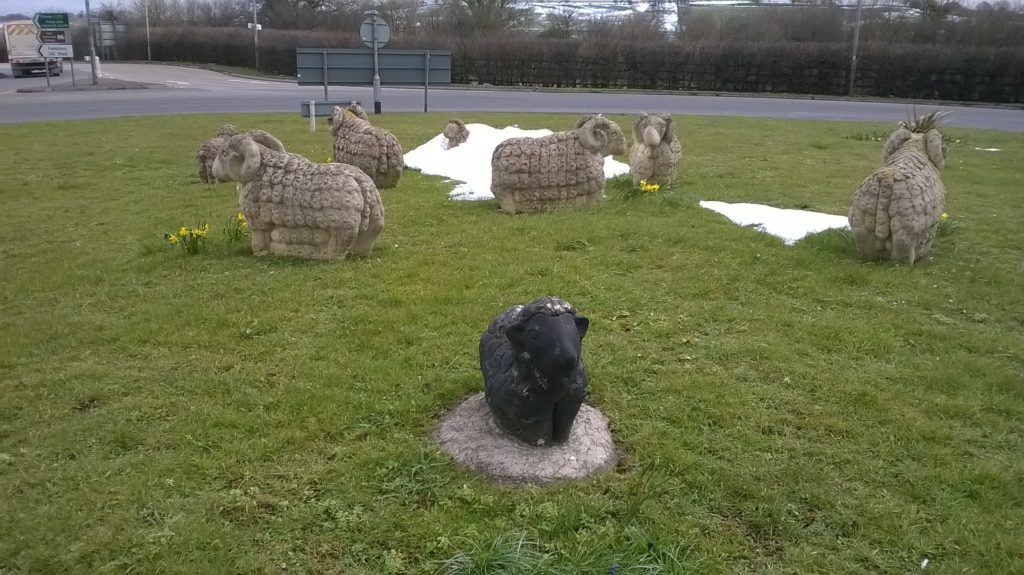 This being the first day of spring, time to go to Glastonbury, Chalice Well to be precise, to celebrate. On the way there, I saw a lovely installation of a collection of sheep sculptures with a black sheep which other sheep had turned away from. 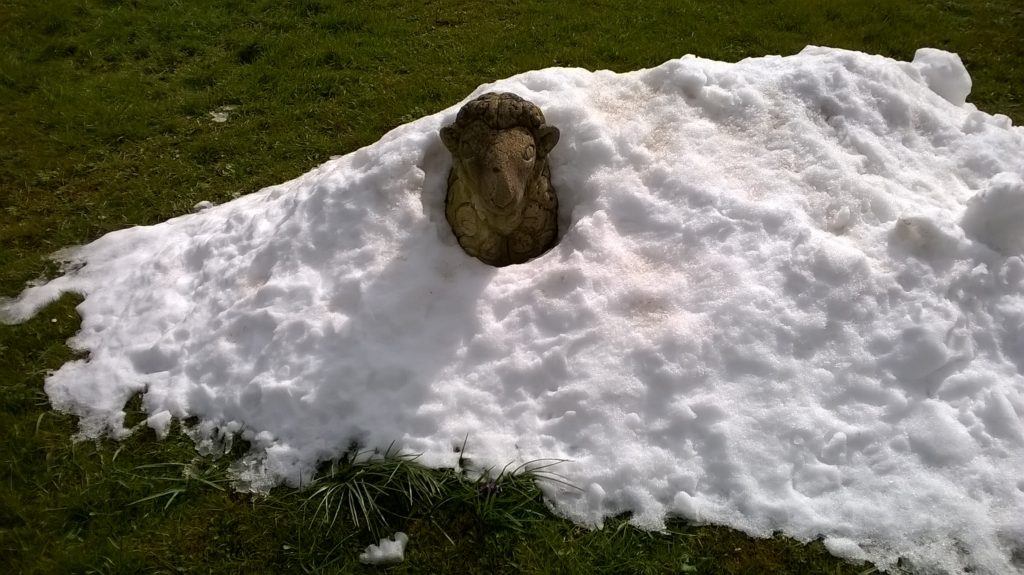 The other picture was a sheep partly covered with snow which I found quite amusing.

We arrived about 11:30 AM and paced around and had a chat to people as we normally do. Please read my numerous Chalice Well reviews via the search box and you will find this is a very special place in its own spiritual bubble which represents society as it should be before commercialism and moral corruption got to it. It also shows how men and women can get along without fighting or comparing.

We gathered round the well and waited for the chimes of the church bell which signified the starting of the midday ceremony. This not was its usual self but it was spoiled by a two-year-old child who screamed at intervals accompanied by a doting self obsessed mother who clearly did not realise that her child prevented people from really concentrating. As soon as I saw this I retreated from the main group and went to stand on a path within earshot of the speaker but away from the worst predations of the child. I decided that next time this happens I will have a word with the mother and ask her or should I say tell her that a spiritual meditation is an unsuitable location for a screaming youngster.

We did our Glastonbury round afterwards, choosing to ignore the long queues of people waiting for coffee and cake after the event. The “ 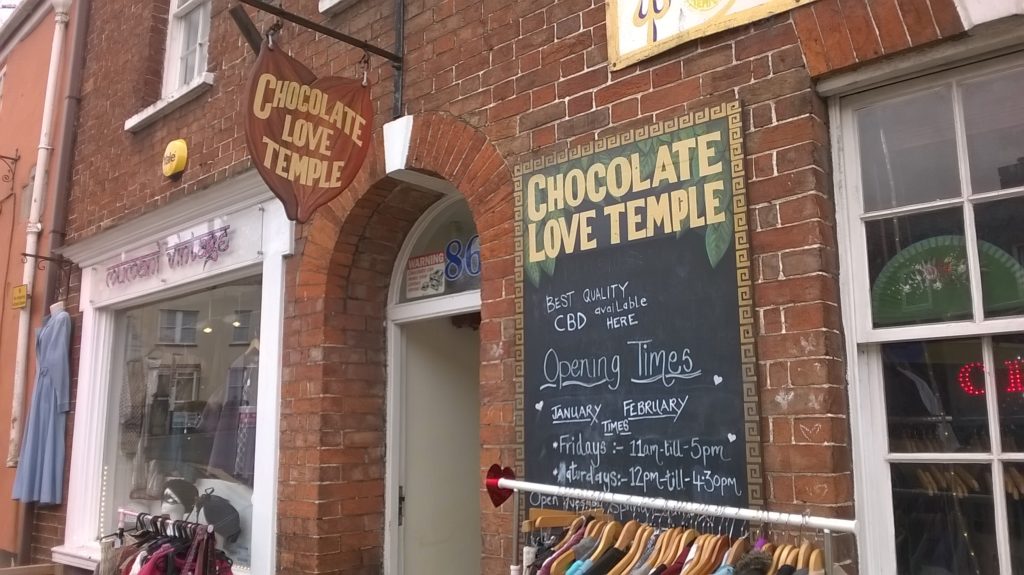 round” consists of walking to the top of a high street, buying a wonderful slice of home made vegetarian pie for £2.60 at the organic shop on the right-hand side followed by sitting down and eating it on a bench outside the church and then buying eating and looking around and whatever else takes our fancy. 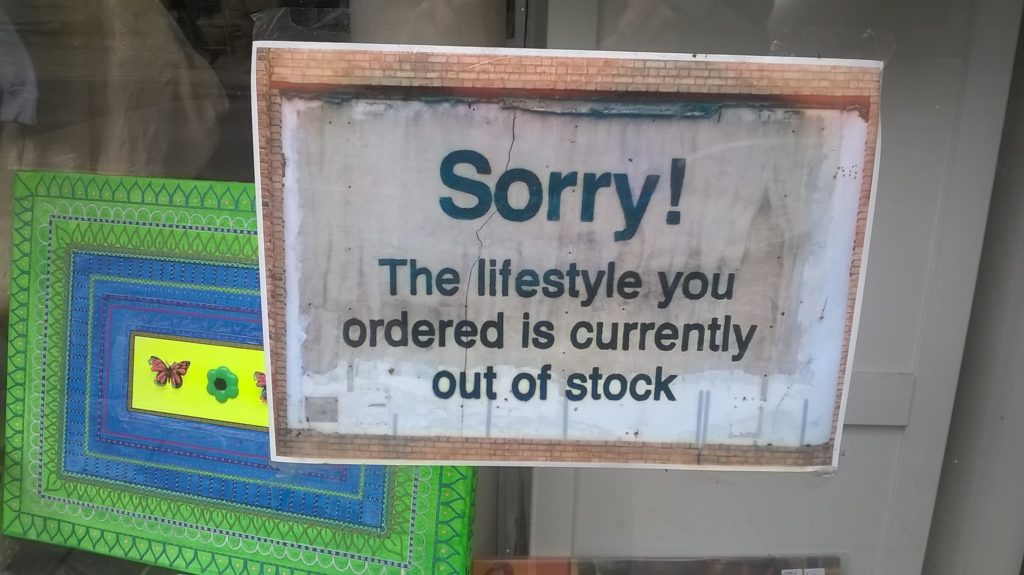 The whole process probably takes about one and a half hours.  I discovered that there was an open day at the Glastonbury Goddess Temple and quickly repaired there followed by my wife and a friend. Various talks were being given. There was a lady applying henna which is a decoration of the hands. I was immediately intrigued by her accent that I thought was a mixture of two places. It was indeed, Boston in America and San Francisco. I should add that one of my useless hobbies is collecting accents. Can I detect the difference between English South African Cape Town and Johannesburg? After a time you can. The confusing thing is when people have lived in two places. I have even correctly diagnosed people who have lived in four places but that was an exceptional combination of listening and guesswork.

I do not often give psychic readings to strangers but I felt that this occasion merited it. I asked the lady who was doing the henna, Robyn, to give me her left hand palm upwards and I placed my hands above and below at about 1 cm in distance. What happens is that the energy field is excited or amplified, I’m not quite sure which and the various reactions in someone’s hand which can be heat or cold or pressure or prickles gives me the information I need to do a reading. I was very impressed by the balance I found between her male and female or yin and yang using the jargon. I said that her very presence encourages people to be themselves and not needing to apologize for being different.

I said that due to her good motivation to wish everyone the best, her staff would be very loyal to her. That and a few other facts I put in her direction caused her to become emotional. I love giving readings to people and encouraging them. Sometimes people with special powers are considered to be immune from the need for assurance and encouragement but if a person is different there is all the more need for accurate and non-flattering feedback. I was glad to do this.

Francoise my wife went to a talk this evening on driverless cars. It was unfortunate that today a woman was reported as having been killed by an UBER car in self drive mode. There are evidently five stages of automation and the fifth one is not expected to mature until at least 2040. This is because there are a large number of problems which has to be overcome for example, wanting to turn left and the cyclist coming up on the inside. Although the automation works well in ideal conditions for example motorways, suburban streets are clearly another matter.

Lots coming in by way of response to my e-mail announcement couple of days ago about of self sustainability and contributionism. I mailed out 1,180 Mailchimp e-mails to a fairly clean list of addresses. I was pleased because I only got 17 soft and hard bounces and so far about 260 people have read them. The number is slowly creeping up and I think when the opted in recipients get used to the idea the readership will be far greater. Everyone has wish you the best of luck in my editorship of this new E-Zine.  This is one of these evenings when I don’t feel tired but will probably go on till my eyes get too heavy.  22.54

Just watching a video about chemtrails entitled “they are spraying nanotechnology on us and it is now integrated into our brains”. Delightful chemicals such as barium and aluminium and titanium oxides have been sprayed in the skies since the late 1990s. Click here for a video.

Here is one reaction from the viewers:

Whom ever does not believe this is happening to USA is a fricken Idiot! The Chem. trails Spraying seems to be More now than ever! on New years eve in Riverside California(2017-8) We saw them spraying even after 3:00 Am? These Nano-Fibers are real. I have had what look like bug bites that did not want to heal on Scalp and arms.(I am out side a lot also). There will be skeptics that always will say “But why would Our Country do that to Us”? Like They (THE Government) need a reason to do anything??