I note from my stats that there are some readers for whom English is probably their first language. This blog is written for everybody but particularly for those who are bemused or confused about the peculiarities of English. 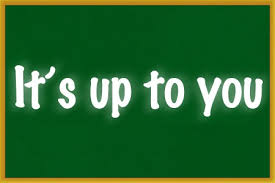 I just love the English language in all its subtleties. I have quoted the three phrases above simply because they came into my head and this is before writing my diary for the three days prior.
I do have some sympathy with those who attempt to learn English. You can learn ‘mechanical’ English without too much difficulty, but the subtleties must take most of a lifetime to learn.

The first duty of my day, which I might add is bright with a clear blue sky with no wind and just a touch of frost, was to consider writing a response to a complaining partner of an allotment tenant that I had to kick out without the usual formalities of warning letters. The tenant had defaulted twice on failing to maintain their patch in a workable condition. The major mistake the tenant made was to allow the partner to write a letter pretending to be the tenant themselves and mixing in their own views with that of the tenant. Plus, the partner felt it necessary to throw in a few personal comments and accusations. Once you do this, you have blown yourself out of the water. If  anyone has been tempted to do this, my suggestion is that you write such a letter, leave it a bit and then throw it in the fire. Then having got rid of your anger, write a proper professional letter and that will probably get you further.

I made my decision on what to do. The complainant wrote me a letter late Thursday night effing and b..ing, wanting to speak to my superior (there isn’t one), accusing me of victimising someone and I realised that this complainant did not have any point to make. The decision was ….to do nothing. I think the storm will probably have blown itself out. Sometimes more harm than good can come if you continue correspondence on a tit for tat basis.

To return to my linguistic theme I would like to play around a bit and see where we go. What do we mean when we say “it’s up to you”. This arises in situations where we have a choice of what to do by way of entertainment or watching a TV programme. I do not think it is necessarily a very empowering thing. It means that I, little me, don’t really mind what I do so long as the other person is contented. I don’t want to stand out in any way as a person having opinions. I will put myself second so, it’s up to you what we do. However, this phrase is not necessarily meant in a derogatory or negative way and it can imply that the other person has indeed the capability of making a decision. Shall we put up a tent now or later? In other words it has to be done, I don’t really mind, but out of courtesy to you do feel up to it at the moment?

We say “what are you up to?” In other words, what have you planned to do. This is an informal question and the opposite is not apply.  You would not say ‘what are you down to’. “what are you up to? demands an informal response for example “not much” or “just hanging out”. A more formal way of saying this is “what are you doing” or more emphatically “what do you think you are doing?” with the implication that you’re doing something untoward which requires an explanation. What are you doing tonight could be seen by some people as being a bit nosy and without an explanation of why you were asking you might get a short sharp response. “Mind your own business” is a retort that springs to mind.

“Over to you” is even more direct. I cannot continue this radio commentary so it is over to you. I hand over a task. I have done my hour of driving and it’s over to you to carry on driving. The politician has given people the choice, it’s now over to them to make a decision. The implied responsibility or collective responsibility is quite clear. It is a transfer. The person who says “over to you” has had enough of what they’re doing or completed their part of things; they have come to the end of their time. It is clinical and immediate. However, the phrase can be used in a sarcastic manner saying “it’s your problem”. 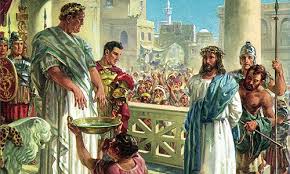 We speak of “washing our hands” when we hand the responsibility for  judgement over to another party as Pontius Pilate did with asking the crowd to decide who should be crucified, Jesus or Barabbas.