This is the time where Christians celebrate the rising of Jesus from the dead. I don’t know about you but when I bang my thumb with a nail I complain like mad and wait for what seems like an eternity while pain diminishes. In the example of 2000 years ago we have three people being nailed to a post with a cross- member through their wrists and through their feet. We are told that Jesus remained on the cross for about six hours before giving up the ghost. This is the ultimate ‘bad news good news’ story depending on your degree of understanding of the whole life-and-death interface, the nature of the human spirit, the nature of suffering and so on.

Interestingly, although he and all his disciples were killed in various gruesome ways, the faith devoted to Jesus’ name lives on with not just millions but billions of adherents all over the planet.

In order for there to be good news, and there’s plenty of it, it is necessary to actually get together. It is difficult to create a good news item on your own. There are certain magazines devoted to good news not the least of which is ‘Positive.news‘. Yes, that is the name of the website. I pinched one of the images that they used to illustrate what I think communication is all about. The subject matter is about the Italian branch of the Trodos Bank where people are trying to do ethical things with money. 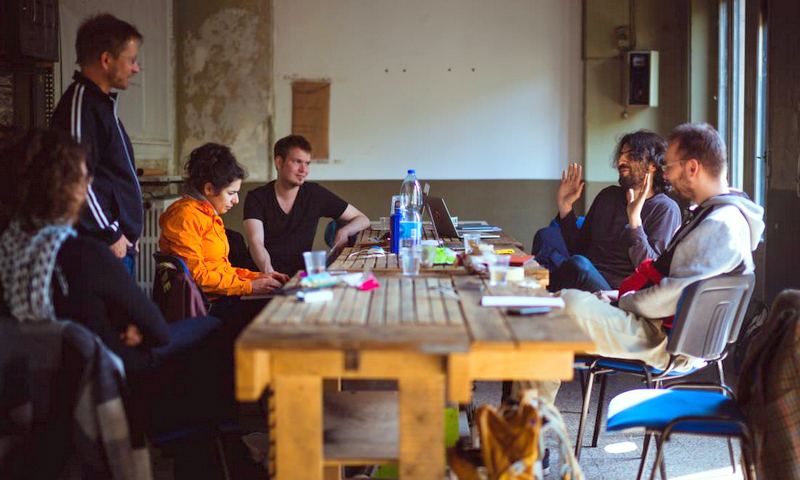 People, please look at the faces and the body language. There is a good-natured communication between people who are thinking about something outside themselves. There are no leaders of followers. There is a common goal that the woman in orange on the left is obviously thinking deeply about. That is what society should be doing. I fear we have lost our ability to think let alone become individuated. Thank you Political Correctness putting so much damage but then it does take two to tango.

In the mainstream media we get occasional bouts of good news in fact it’s feelgood news is not quite the same thing. Feel good news is the assurance, calming the people that human nature isn’t so bad for example someone saves someone from being run over by a train. Actual good news is a decision that has been made in the interests of the public devoid of political trickery and manipulation. 95% of so-called news is about people who have done something wrong, killed somebody, cheated with somebody, declared war on another nation, gone bust, made $100 million, but this is not actual news, it is noise.

I consider most of the utterances of government to be lies, mainly USA and alas not excluding UK. The problem is, once you have told a lie one time, you have to tell another lie to cover it up. In particular and financially in the longer term all the quantitative easing in the world cannot disguise vast spending of money that is not there and for which there is no security. The consequences are wide reaching. The financial services of the world are in general a con trick, charging interest on money that never existed in the first place. What a thing to think about on Good Friday but what a thing to think about on any day come to that.