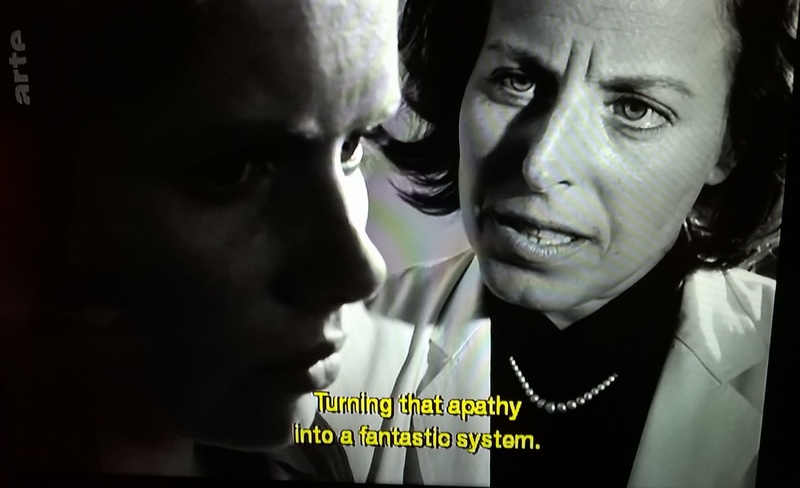 When watching any film by the Swedish director Ingmar Bergman I am transported into another world. It is a place where real people exist and challenges us to face them and thus face ourselves. As he informed us in the documentary I’ve just been watching about the film “persona”, this movie saved his life. Until that time he had lost his inspiration, and felt that he could never make another film again. ‘Persona’ gave him the incentive and the stimulus to leave everything connected with his previous methods behind and start afresh. I think this reflects our life. It is not a bad thing when we had to leave everything behind and make a fresh start. We can take our wisdom and experience with this. All films and that all media should ask a question as indeed life itself should. What have we learnt? Do we tend to duplicate our mistakes? Have the years really made us why so?

If I think of most of the so-called entertainment that I watch on TV and in the movie theatre, every second is filled with noise, so-called action, dialogue, violence, disagreements, bad behaviour in that imagery for the sake of it. It flits through our sensory mechanisms at such a rate that we become bedazzled and dazed. One of the many things I love about Bergman films is that there are periods of silence where you are invited to think, reflect, have a moment to yourself, allow yourself to be challenged by the human beings in front of you. 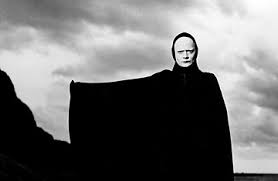 In ‘The Seventh Seal’ the image shown here is a tremendous symbolism in the figure of death who invites you to come into his cloak and be wrapped within it. Who has not sought to embrace death, escape from the humdrum and relentless reality?

I think the art of reflection and contemplation should apply to our own lives. Why should we have to “do” something every day. Are we frightened of silence? I would love to take a group of teenagers into the country with strict instructions to leave their mobile phones behind to see what they would do. I suspect that after the initial shock has died down, they would start talking to each other and would thoroughly enjoy the day.

Today I have finished a completely new presentation which I’m going to send out to 1200 people via e-mail on Tuesday. It is the first time I’ve attempted a newsletter, Mailchimp variety, which has links to an accompanying website. The message is all about becoming a full human being and retaining one’s humanity. In view of all the entropic forces around us I think that is almost a full-time job. I was watching a rather dystopian video last night showing how Hewlett-Packard manufacture trillions of dust size particles which function as RFDI chips that can land on people and track their movements. Who needs to inject people with chips when the same thing can be done through the atmosphere. The problem is that these situations are with us but no one tells us. The recent leaking of data from Facebook is nothing compared to what is happening

Francoise loves flowers and a couple of nights ago they had a flower arranging evening at the Gardening club and she brought home a couple of examples. 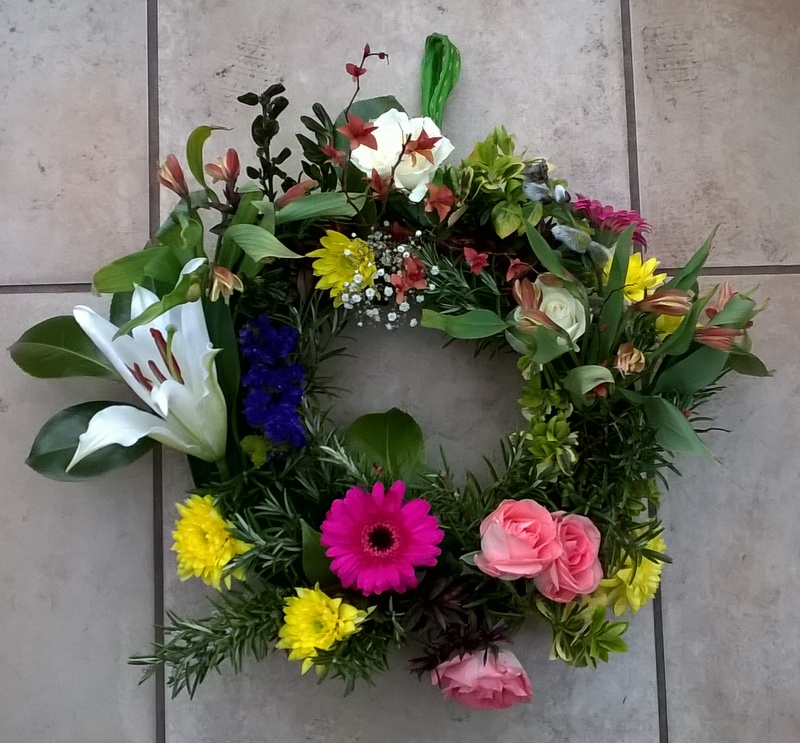 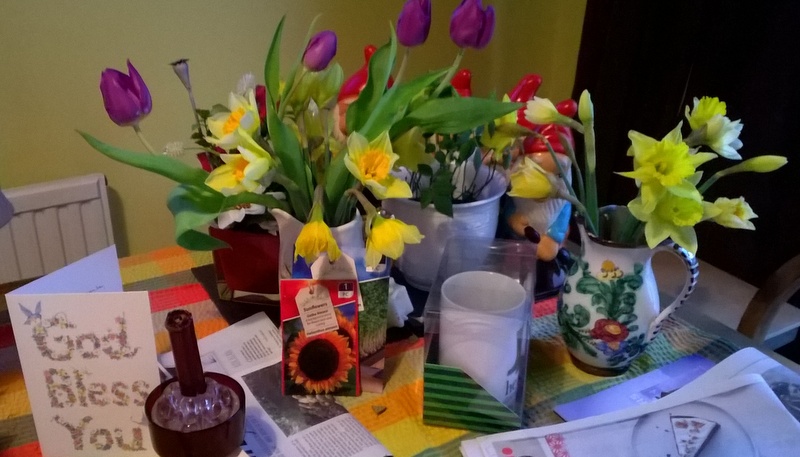 A table decoration with various artefacts beloved of the Snellgrove household.

Deepak Chopra may be the name known to most of you. He’s currently doing a free series on healing and centering and so on. This is generously offered for a period of about a week after it is published and is produced with Oprah Winfrey. It is high-quality audio material. Today’s Centring Thought was “embrace my role as both healer and healed”. Opera introduces Deepack with some thoughts about healing, he then speaks and there is a period when music is played and we are supposed to meditate and breathe in and out as you do normally but more consciously. The mantra that we are asked to chant (with eyes closed) is “Har  Haray Haree” which is a mantra helping us to focus on intentions and thus repatern the mind to higher goals and energies.

At the other end of the spectrum, my very good and courageous friend who runs the Forbidden Knowledge.TV website expressed her horror and disgust at the mentality that breeds the 9/11 event and the creatures that control America. She is certainly in a very fighting mood at the moment.

This is from today’s newsletter:

Looking at that explosion, I see the Seven Deadly Sins writ large. I see a greed for power that is unfathomable and a lust for blood that is incomprehensible. I see the wrath of an elite that hates humanity. I see the envy of those who would deprive us of our God-given rights. I see the gluttony of those who stole everything that wasn’t nailed down. I see the pride of those who think they can get away with this – and I see the sloth of all of us who allow this perverse chicanery to persist.

Its red pill vs blue pill time. Check this video out. Sooner or later we will all have to face reality and its not what most of us want to think.