I had a strange conversation yesterday afternoon  with someone on my way to Sainsburys. He was mumbling to himself and said that the weather meant that “life was not worth living”. I replied fairly incoherently that it wasn’t the weather that was the point but I was struck by his stance. He started speaking to me when he was behind me which is quite unusual and he continued to speak after he left me. I suppose if there is no one to talk to you, you end up talking to yourself. I left him at this point but just wondered what story was behind this cry of help which said that life was not worth living. Maybe his wife had just left him. Maybe someone close to him had died. I shall never know. 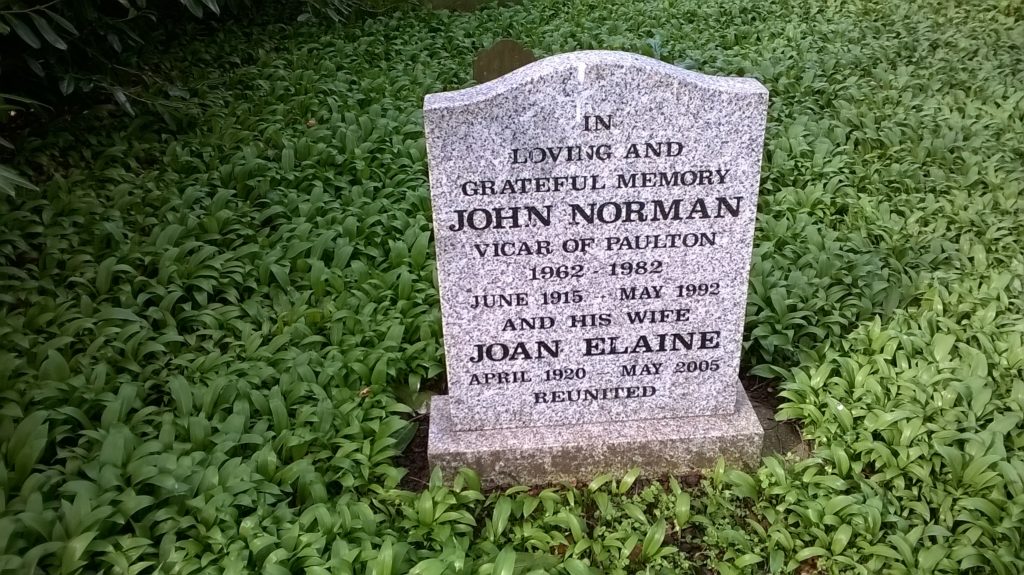 The churchyard is quite a historical record. I love the succinct statement implying they are reunited in heaven and not just the two bodies with no life in the many more. I noticed this on my stroll through the churchyard to matins at which there was communion. I had to take the bus as my car is sitting waiting for someone to put a new alternator in it. There were 40 souls gathered including two families that I have not seen before, one with a rather noisy child. The church has a tolerance of children which I suppose doesn’t matter too much if you can hear what is going on and your concentration is not disturbed. There was communion and I noted that one or two people unfamiliar with the rite knelt at the rail for the reception of the bread but became flustered and left before the wine was offered.

The bread and wine are given by the celebrant as a symbol of the body and blood of Christ. I believe that Catholics think that by some magic the bread and wine actually become the body and blood of Christ. I think it’s called trans-substantiation. I regard this as an attempt by the Catholic Church to increase its dependence on the Mass a.k.a. control over the minds and the wallets of the population but then I’m a cynic of course.

I think I will stick with the symbolism.