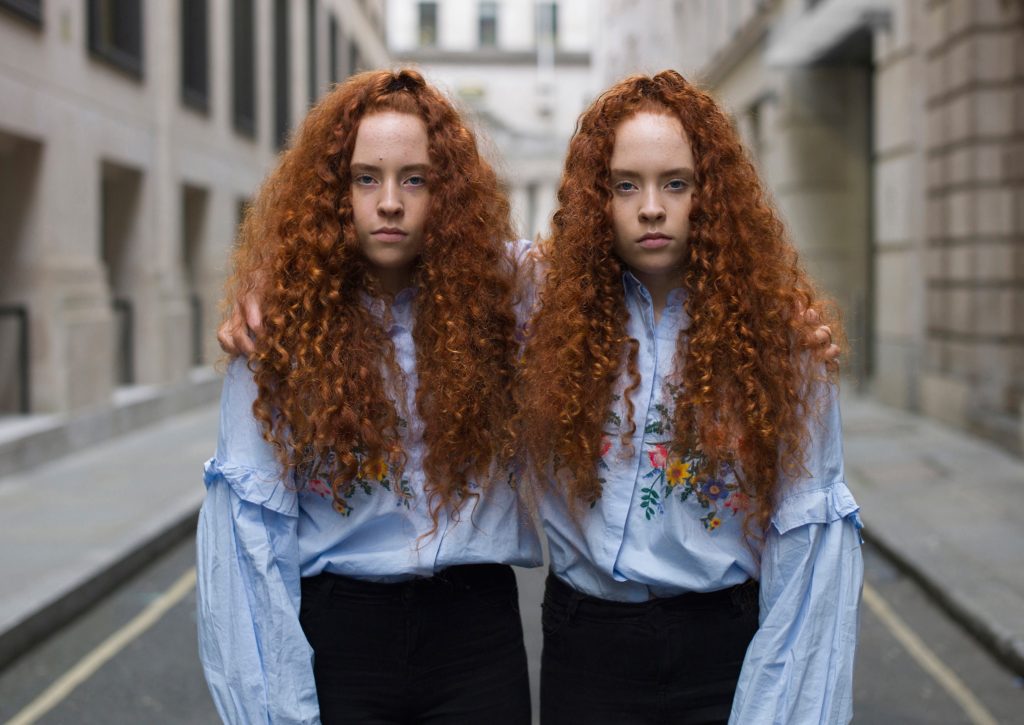 There are supposed to be infinite numbers of universes in which we all have our unique experiences so maybe I might bump into another Brian Snellgrove who looks exactly like me. I don’t know how I would react to meeting my doppelgänger. I would be embarrassed to ask a question because I would know exactly what the answer would be because I am me if you see what I mean, or maybe not.

With so-called identical twins, I think we can blame DNA for some of the similarities but those of us that believe in the uniqueness of the soul would know that there are other factors at play. I would say that we all enjoy a natural telepathy which we steadfastly ignore for most of the time. If you take notice of your intuition 20 times in succession, at the end your intuition will be better. If you ignore your intuition 20 times in succession then your intuition will be weaker if not non-existent. I think the term “psychic” is a bit of an affectation because we are all issued with a sixth sense  which I’m sure goes back to the time of cavemen when they had to detect the arrival of predators. Let us say that identical twins have less excuse for not being telepathic.

Everyone is living in a separate universe, surely that must be rather lonely out there. I have just joined a Facebook group, I can’t believe I said that,  with members all over the world. It is a group called “Healers and empaths only!” with an exclamation mark at the end which makes it quite clear. A Draconian though polite set of rules saying that you mustn’t trade, advertise, abuse people, respect peoples differences, no hate speech no bullying no promotions no links but apart from that have fun.

It seems there are no less than 13 administators and moderators. Admittedly there are 20,838 members so I suppose the moderating has to be shared.

So, I am going to slog through a few of the entries;

Mandi says “I just walked into a place, taking one of my sons to the dentist, and just the whole vibe of this place is horrible. I’m physically sick at my stomach, my mood instantly changed and I’m fighting the urge not to snap at anybody”

Theresa says ” Love to all light workers. It’s been arrived we are still here wanting to love and healing help just know how amazingly strong you really are I’m proud to be a child of God of love and light entrance I look forward to getting to know YOU.. I have known many empaths in my life and …. (was not motivated to read further)

Devin shared his first post. “Any fellow empath male friends out there? I am seeking advice and guidance. I was diagnosed with just about every mental illness under the sun since the end of the Mayan calendar 2012 and I truly believe that I was going through a spiritual crisis of sorts”

I can honestly say that although I completely respect these people and where they are I think that if they were to get away from their computers and actually seek human company the results would be more satisfactory.  What is the point of such let us say queries or crie de coeurs if they are not followed up by action with people? It’s all very well having a group for Healers and Empaths but I read that the empathy levels among young people are decreasing by 30% or 40% because they are losing their interpersonal skills. Let’s ban on all devices for a month and see what happens. I did have a change of heart and offered some free chakra diagnosis to people and had 30 requests within a few minutes. I hope I was able to help.

Let’s FaceitBook  from what I’ve seen is a moneymaking machine for playing with your head if you let it and making scrambled egg out of your brain. I think Meetup.com is slightly more focused because it announces particular events but even then when I joined briefly I found that people just signed up and thought nothing of not turning up. Members have little sense of commitment to those that they have never met. I’m sure some meet up groups are very successful but people have an irritating habit of arranging discussion groups in pubs. Theoretically it is all very jolly, but the noise level is much higher than you would think and it is very difficult to hear someone clearly if they are sitting at the other side of a large table or group of chairs even. I don’t charge you with you don’t get owt for nowt. For my overseas readers, this is old Yorkshire language. I popped into the world in a Harrogate hospital so I have some atavistic feelings for the largest county in England.

I say bring back the real life live community. Anyway, I digress through having a rant. I will continue to talk you through my journey of this group

In spite of the above, I did take notice of the landing page in the group and there I was told by Facebook that I have ‘things in common’ with certain members which were specially drawn to my attention.

First of all there is a middle-aged man called Robert ……who is a promoter at We Love America. He is also a volunteer activist at Support Democrats and he’s also a Gang Leader at ‘End Racism’ and he studied political philosophy at Georgetown University. I see two pictures of him, one when he looks about 60 and another person who I can barely recognise as the same person looks about 80. I cannot think of one single thing that attracts me to this person. I wonder what would happen if I telephoned him and said that Facebook considered that we have things in common, perhaps we could meet?

The next member with something in common is someone called Bedelia …….., with a picture of a wolf instead of a person, who is a facilitator at making the world a better place. She studies Building House (whatever that is) at the Harmony School of Nature and she studied in the past Organic Gardens at the University of Life. I suppose I could contact her asking if she would be interested in making the world a better place but then what would I say? It says she is married with children and she would probably have no time, quality time I mean, to engage with a new person because they were on a list in another country. 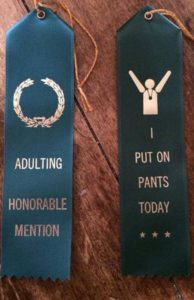 The third member with things in common is Bob ……, a new member who has been a college professor from 1967 onwards and president at the Rowan College at Gloucester County. It’s quite a record I think to be a college professor for 50 years but there we go. He is pictured smiling, and holding a camera. I’m not sure what I have in common with Bob. He joined last month but was added not by himself but by someone called Brett Sly. Bob lives with his rather nice looking wife Anne in Monroe Township, NJ, USA.  Included in his many photographs, there is a large picture of a book mark? saying “I put on pants today”.  He was doing fairly well in my estimation until the doubtful provenance of ‘Brett Sly’ and this infantile label shown above. Again, what should I do? Ask him how he can have been a college professor for 51 years? Asking why he feels like putting infantile photographs –  it must be said credit for a very fine shot of his wife. I might just turn up at his door and tell him that I would like to be friends with him and see how quickly he kicks me out. He would probably actually be quite embarrassed but of course you never know and there lies the illusion. Maybe the right person is out here somewhere.

Now, I’m sure these people are excellent people and I wouldn’t say a word against them but my question is what criteria FB use in other words it all comes down to algorithms and who writes them.

I don’t know whether  Facebook is actually intending to enable actually meeting people or just an illusion or pretense that we have met them for pretend friendship and communication. If these three examples are the first matches, I dread to think what the ones further down the list are like. I think you have a better chance of making a friend sticking a pin in the phone book.

I will see if anything useful happens as a member of this group but at present I feel like going out into the sunshine, yes folks we had temperatures of 14° and actual sun,  and enjoy nature and the sound of birds.

…. later ….. I went along to my allotment and met a new plot holder, Andrea, who is from Czechoslovakia. She is recreating the type of garden she was used to in that country with all sorts of unusual features which the average English allotment would not contain. We had a conversation, a real-life conversation, but in order to have a conversation we both had to use initiative and just get out there.