This is one of the few intellectuals on the planet that I rely on. The powers that be don’t dare to take him out although he challenges them on every single point. I would take a guess that the picture of him is about 20 years old. I would urge every single one of you to look at anything that he has written because we don’t know how long Youtube will keep him on. The same applies to the importance of Eustace Mullins and Chris Hedges.  I think we have to step back from the symptoms and look at the root causes of world events.

When I was out on the promontory yesterday on the so-called hottest day of the year I could not help but noticing the configuration of the trees. 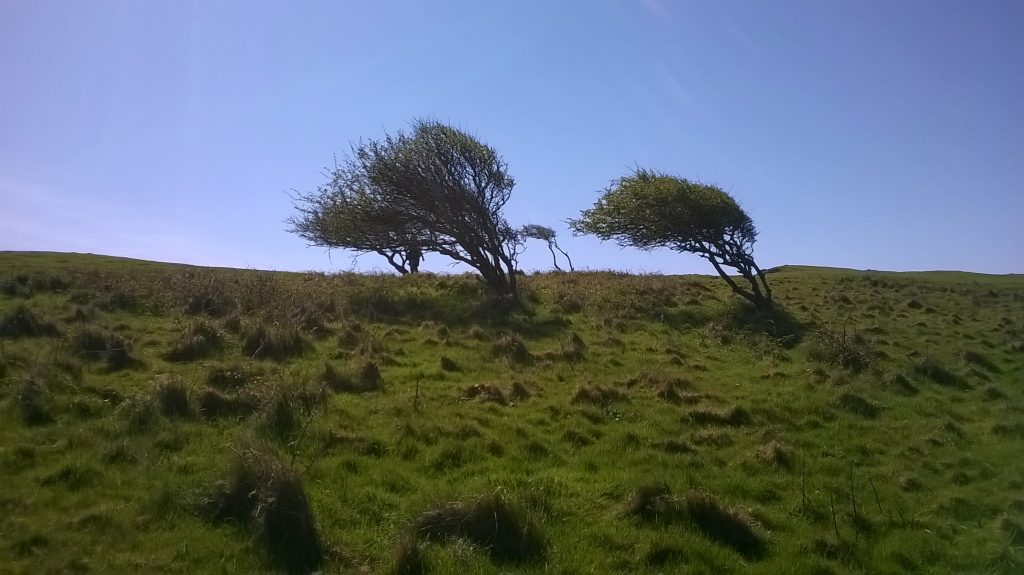 I think we are continually given false information so in the end most of us give up. The people who took the blue pill for peace of mind are at a severe disadvantage. When the truth is eventually revealed I think large numbers of people will give up and even take their own lives. I think people have switched off their brains.

We have this ridiculous event in Salisbury and within one hour our Prime Minister says without any evidence whatsoever ‘it must be Russia’. Same with Assad in Syria. I am most interested in witnesses, some of the Doctor team that spoke to a friend of mine, said that the children who came in to the hospital was suffering from dust inhalation from the explosions of bombs but then a group of people came in shouting “gas attack, chemical attack” and they started to spray people with water. Here a common sense commentary by the ever reliable David Icke.

Interestingly enough surprise surprise there were film crews there orchestrated by the bought and paid for White Helmets to record what was clearly a staged event. Israel and America do not like anyone who goes outside the Rothschild banking system and if anyone dares to set up their own system as Libya did, they are in trouble. If you think for a moment, why on earth would Assad do this to his own people. What possible advantage with this give him? Any pretext that the Americans can think of is used to attack a country. If there is no enemy, manufacture one. Were you aware who trained Isis? Why, it was the Americans of course. The Americans  even trained Saddam Hussein.  Can you believe what you read or hear on the news? If it has to do with power politics the answer is a resounding ‘no’.  Mind you, if I was a journalist I wouldn’t like to lose my job.  All the newspapers are in on this.

I hope not to make this diary a daily rant but it is getting silly.