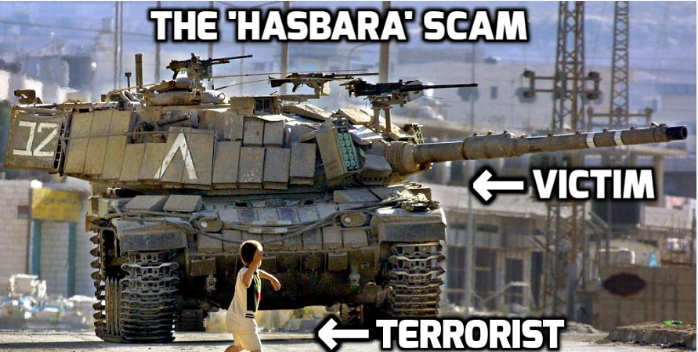 The nice thing about such a diary in what still appears to be a free world at least on the surface is that I can publish anything I like. People either read it or they don’t. They either take a position or they do not. The crushing mind-set of the creatures who run Israel who think that everyone else but they is at fault beggars belief unless you understand their extremist mindset. The most nauseating feature of the world is the way that people grovel to them including the United States and UK. All Netanyahu has to say is ” you are being anti-Semitic” when anyone complains about any aspect of behaviour of the troops of Israel. The critics seem to shut up through fear. Disgusting.  That was my brief rant which in view of the lovely sunny day will cease at this point. 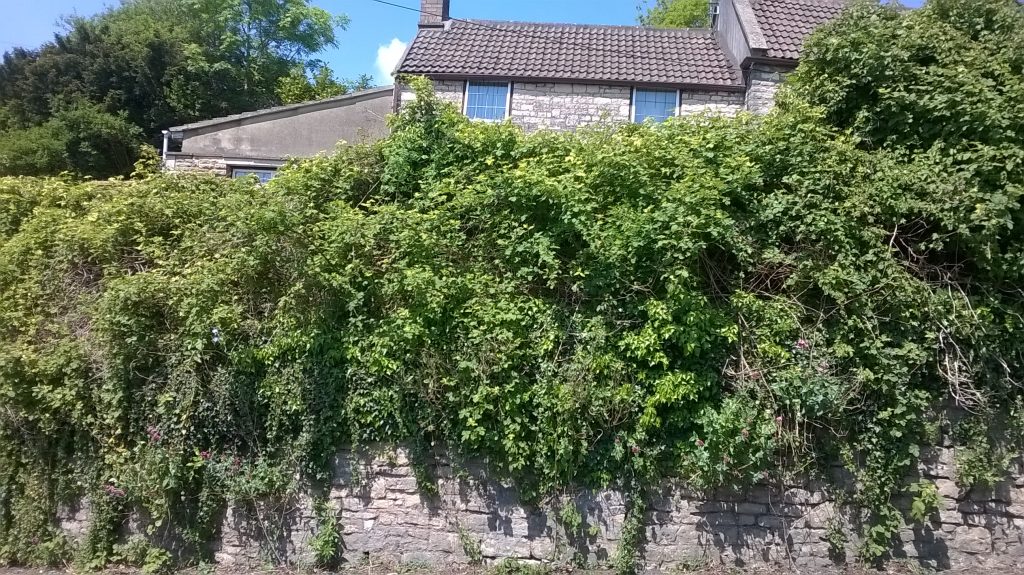 Gardening jobs come in various shapes and sizes. This property directly abuts on a fairly busy road with no pavement and with a very steep gradient. In order to service the bank you would have to close the road or put some cones up, particularly difficult because there is a bend in the road which in itself is narrow. It’s all about insurance and safety. If I were to cause an accident between two cars or even suffer a personal accident it is unlikely that I would be covered and I would therefore be liable for maybe tens of thousands of pounds of damages. Tomorrow, I will ring up the insurance agency to find out the position. 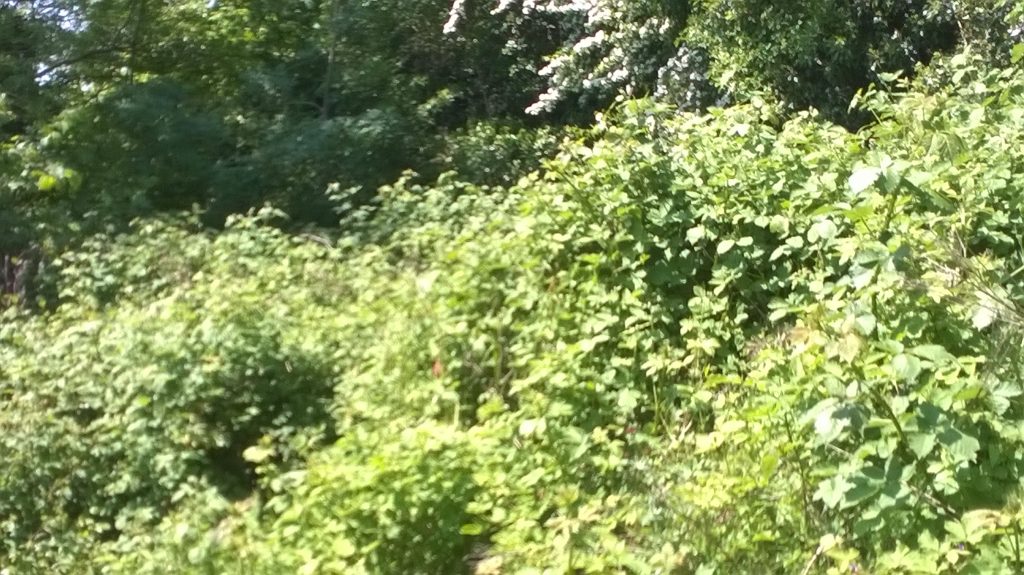 This, however, is the main part of the garden or what was a garden before it became a wilderness. We are very happy to do this sort of thing. Francoise and myself are normally accompanied by the one and only William, who is built like a house and extremely strong. He is also very clever at finding practical outcomes. I attribute this partly to the fact that he was brought up on a farm. We work very well together.

As some of you may know, I sustain my Christian faith by attending a local church and also listening to Trans-World International, the unfailing 24-hour a day radio station which gives me so much inspiration. I think in this day and age it is very difficult to be a Christian on your own and I heard about an organisation called Faith in Business which enables Christian entrepreneurs to get together and share their experiences. I was encouraged to buy a recommended book by Richard Higginson and Kina Robertshaw called “a voice to be heard”. I only ordered it yesterday afternoon, Saturday but it is just plopped onto the front door mat at 4:30 PM on a Sunday. I know Amazon punish their employees but have nextday delivery over the weekend which I must admit is what the luxury.

Dealing with people in any community situation requires tact because you’re going to bump into them again and it is unwise to say things that you will regret. However, in some cases people just do not get the message. People pay an annual rental. This is not the right to own the ground and do with it what you will, however much all however little, but to fulfil the overall brief which is to cultivate the allotment. In our case it is 75% that is required. We have one person who does nothing apart from the weeds grow and expects to be there on his own terms ad infinitum. I’m going to have to tell very politely after having given warnings that he has lost the right to be there.