I went to see Terry my friend and computer helper; his wife has got a great idea of making the most of space by growing lettuce vertically. 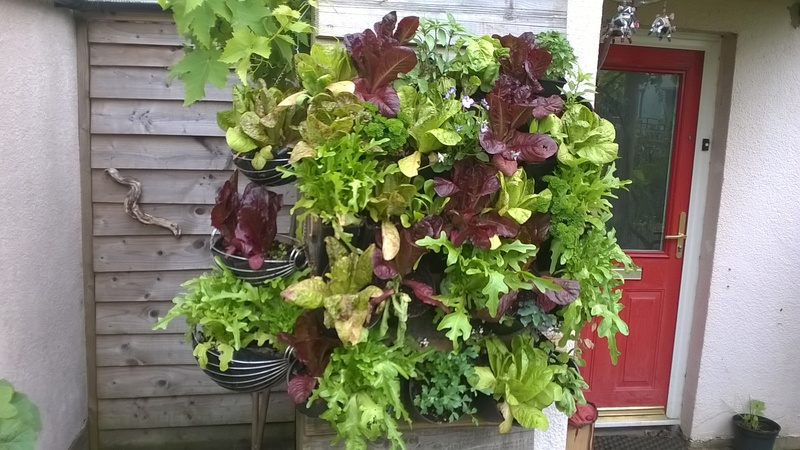 Yesterday Monday was a big day. My brute force strimmer has failed and because it is a cheap and cheerful thing, the cost of repair is not much less than the cost of buying a new one so I decided to buy a second example  anyway and use the other one for spares. The reason I need one should be clear from the photograph below.

In my gardening persona, I advertise “jungles cleared”. This is indeed a very good example of the sort of beast we enjoy doing. The garden has been unattended for about 10 years, and in the process of tackling the undergrowth we found no less than four bicycles. Interestingly, because the job is so unattractive it is more difficult to get people to do it. The large companies could come in and charge considerably more than we charge due to higher overheads but we much prefer the sort of work to weeding and so on. 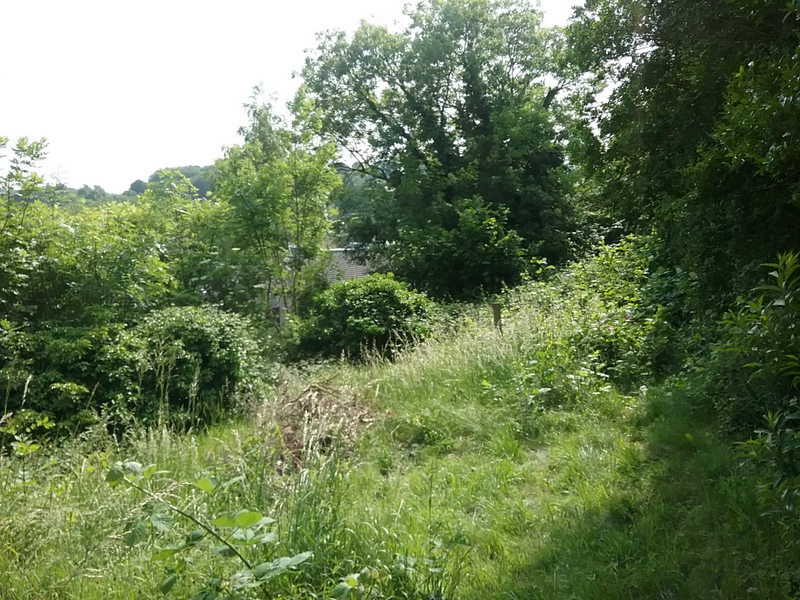 I decided to buy a new strimmer. The old one was not functioning very well and I knew it would cost the best part of £60 to repair. As the total cost was only £20 more than this I decided to invest in a new one and keep the first strimmer for spares.

Brambles look much worse than they are. I look forward to tackling this in the next couple of days