No matter how many times I go to Bath, there is always something different on offer. I went to see a lady called Caroline who is a campaigner for Brexit and many other things and she is aware of the current 5G sabotage. I have cause to be reminded how few people actually have the time and energy to campaign irrespective of the subject matter. The vast majority of people are passive and unaware. There are those people who would stand above the parapet but are afraid of their views causing a loss of employment. There are idealistic people who are too young to have any funds assembled or to have the time to devote to their cause.

Because of their youth they often make mistakes by being too extreme and not being aware of the system that they are complaining about. Then you have the more senior people like myself most of the intended to adopt a fatalistic attitude, saying that there’s nothing you can do. If you were lucky then, you are left with 1% of 1% of people who are happy enough to make the commitment to make a difference. in the United Kingdom that would make one percent of 650,000 which is 6,500.

There is no question that campaigners are going to face loneliness, indifference, hostility, ridicule, you name it they’re going to get it. I would say to people, don’t even start campaigning unless you have time, energy, some money in reserve, and can survive personal attacks of one sort or another. It is very important that campaigners or activists form together in a group or at least keep people on a peer support group list so they can call up their buddies and commiserate or encourage as is needed.

Our little meeting took place in the Methodist Centre in Manvers Street Bath. This is a Methodist Church with an alcoholic refuge and a cafe and a place for disabled people to work all in one place. They do wonderful work and I feel very comfortable there and it is a place where we always have our final cup of coffee before catching the bus to London and from thence to various parts of the world.

After the meeting we went to the BRSLI, the Bath Royal Literary and Scientific Institution which is place for the promotion and advancement of science, literature and art. I went to seek permission to put on quite a controversial subject which is the eventual demolition of trees in the Bath area consequent upon the introduction of 5G.

This is not a brilliant picture but it shows how each radiator point and you will note that there are very close together, needs to have line of sight every other point in order to penetrate densely enough to track people, transactions, the turning off of electrical apparatus in the home and so on. In a couple of years time, most of the beautiful plane trees in Bath will have to be cut down because they will obstruct the line of sight, particularly important if they going to go ahead with driverless cars. You cannot have an area that is partly 5G, it is either 5G or not. When the local council signs the document with the companies, they have no idea what they’re letting himself in for either from the point of view of the environment or the point of view of the biological effect of microwaves on the body, not to mention birds and bees.

Anyway, Ian, one of the staff, was kind enough to see me, said that they do controversial subjects all the time and the only thing is to remember that they are a neutral gathering place who do not take responsibility for the content of the various presentations. I think I should try and form a twitter and Facebook group to get about 40 or 50 people who would be interested in coming to a meeting and then supplemented by handouts which I will either put through doors or get people to go out on the streets.

Inside the rooms was an interesting exhibition on coral and conservation. 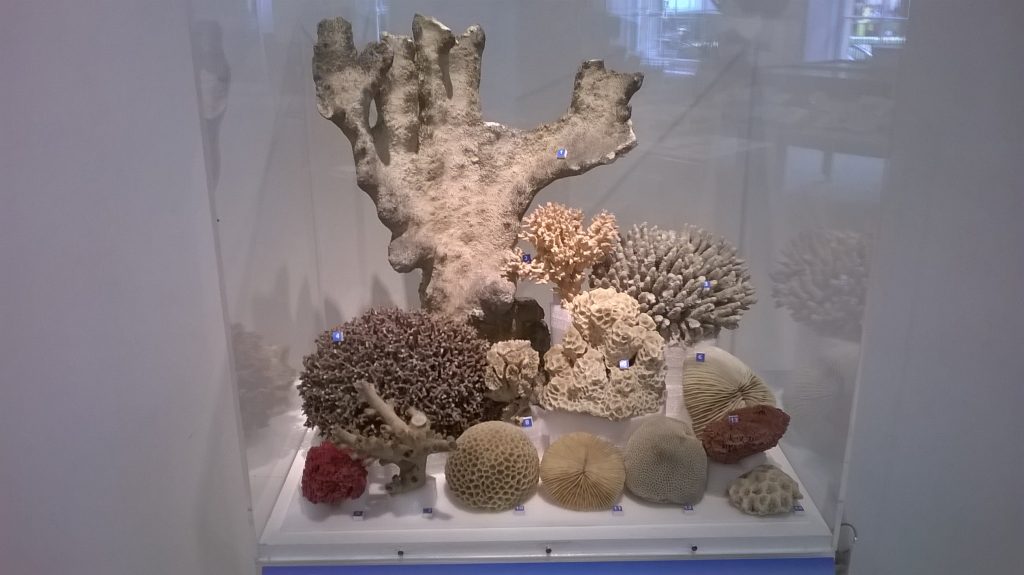 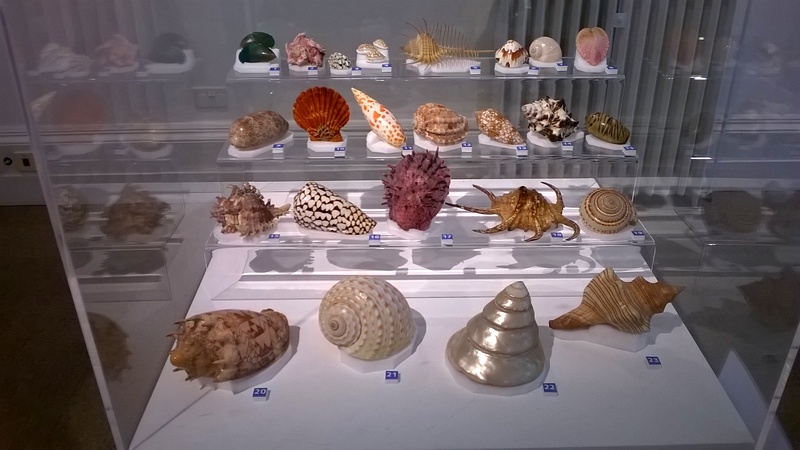 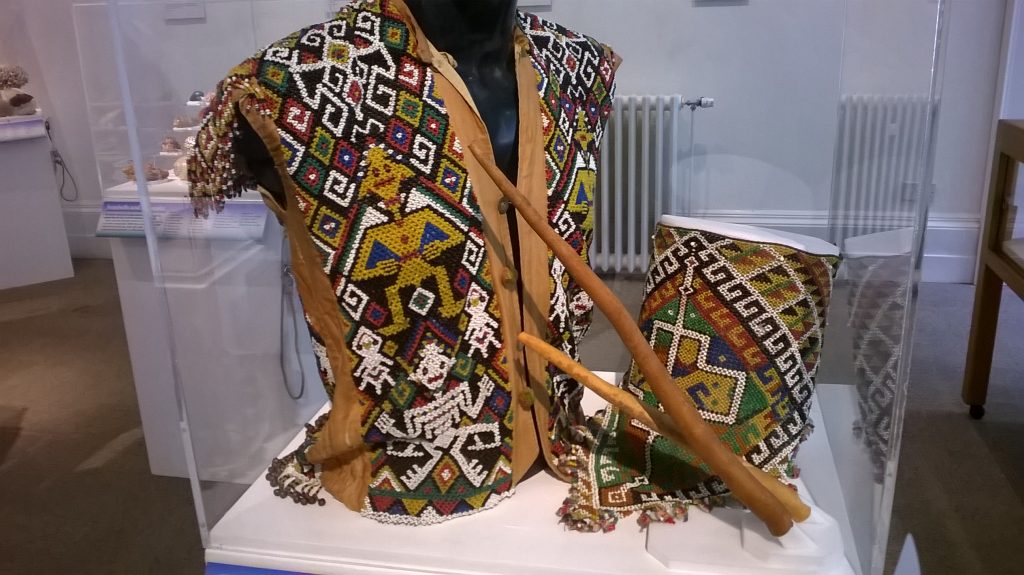 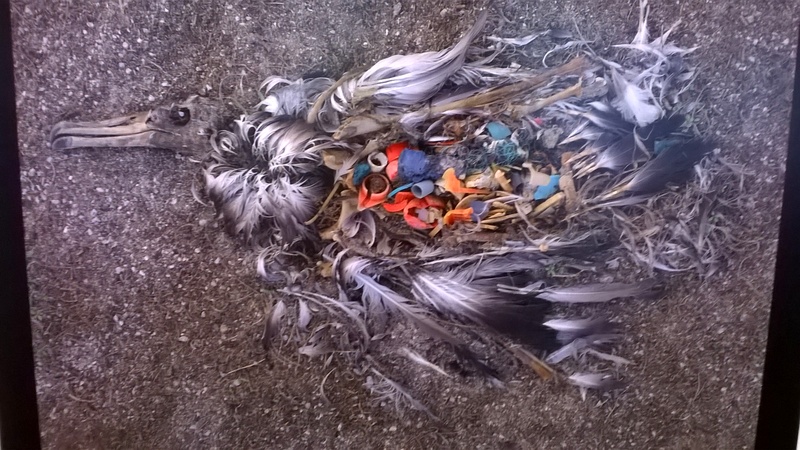 Outside there was a setup for a boules competition and people from local office were having fun playing. 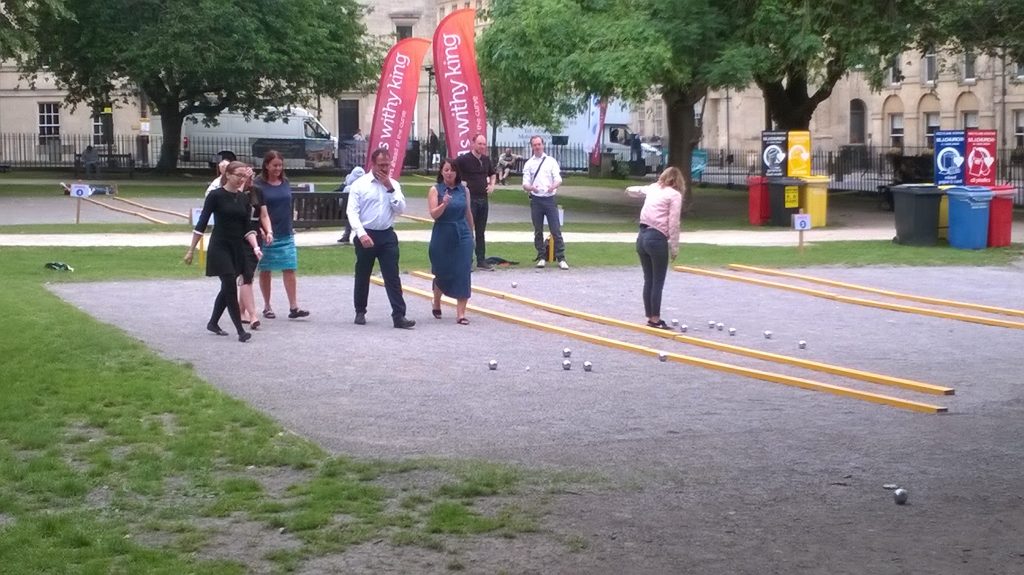 Off we go now to the quilt exhibition at Town Art Gallery which I wrote about a few days ago. Quilts are one of the most time-consuming and to me fascinating types of art involving enormous complexity, large canvases, rich statements of culture and the mixture of various patterns and materials woven together. As I had been before I let Francoise roam around while I went into the Parade Gardens where I took a few pictures. 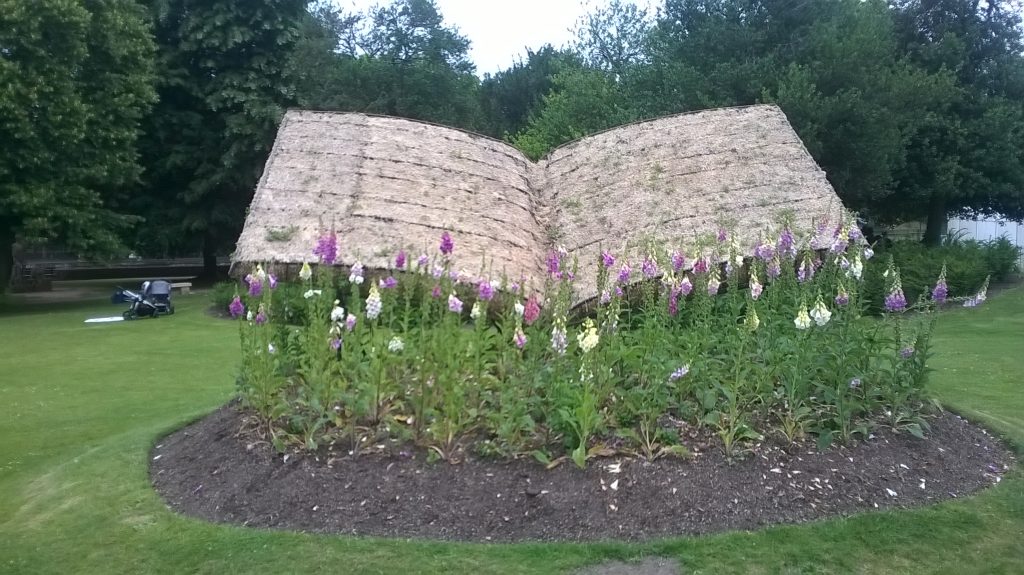 This is a very cleverly designed place for growing seeds and plants which is in the form of a book. At the moment it is between shows that I shall go along later this year and photograph it in full bloom. 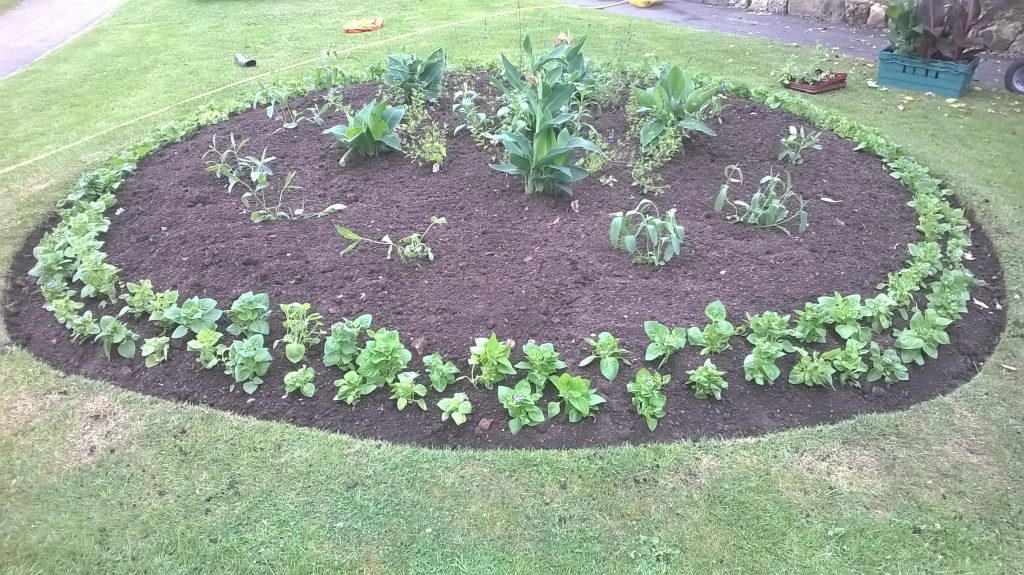 A freshly planted circular bed of various flowers. I hope someone waters them from time to time. 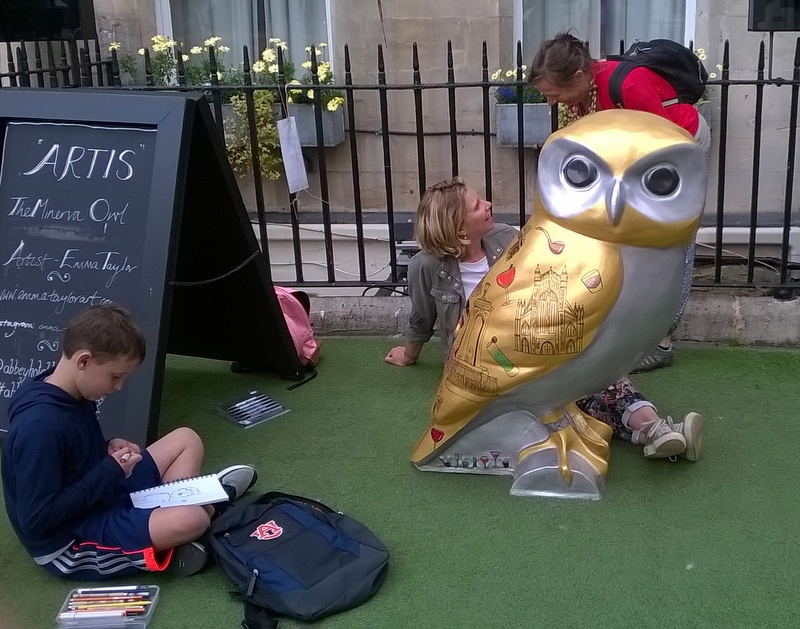 We then went back to the bus station but noticed in one of the squares a lady who was part of a do-it-yourself painting exhibition which consisted of an owl which she could choose to paint anyway she wanted and at the same time draw attention to the artists and their website and so on. The artist, Emma Taylor, was happy to engage Francoise in conversation. 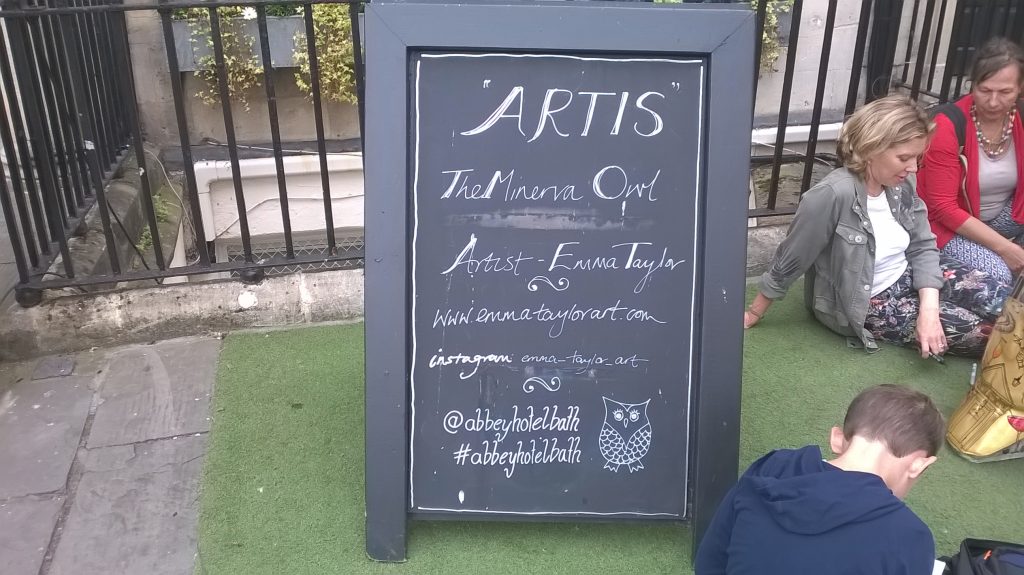 I found it a lovely welcoming intimate space were good quality contact could be made.  Off home on the bus. In the middle afternoon you get the children coming away from school and a time from five o’clock you get lots of homeward work traffic. The traffic here is nothing compared with Bristol so, Bathonians, do not complain.