This will be brief and to the point.

Lovely to hear the sound of the pitter- patter of rain as we lay in bed this early morning. So gratefully received by the parched earth and the animals large and small.

I honestly believe that most people haven’t a clue how diabolical the world is becoming.  Gosh I am repeating myself. Another whinge and I will shut up. We see fires appearing all over the place in Greece, in Northern California, to mention but a few places. Already, a few days afterwards, if you care to look at YouTube you will see dozens of videos exhibiting the course of this fire to Directed Energy Weapons. It is known that in US Air Force have applied for 86 patents for world weather control, And there is a very large facility in California, Wilmington if I recall, to develop laserlike weapons to destroy aircraft and missiles. What may not be mentioned is that it can also start fires and change climate. Interfering with the climate is a War Weapon. 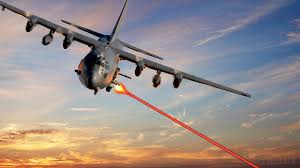 If you look carefully at some of the pictures of the Northern Californian fires, the houses themselves have been destroyed while trees surrounding them have not been. Normally, the fire is indiscriminate and burns everything is in its path. One commentator was saying that a house she had witnessed had simply disappeared. Masonry, even porcelain toilets, had just evaporated into nothing. Fire itself cannot do this. Laser weapons on aircraft fire from the sky, creating tens of thousands of degrees, which can evaporate these substances in seconds. One particularly remarkable but brief video showing how a tree has been set alight from inside. Have a look at if you like, it is here.

Most fires start from the outside – yeh?
There are one or two people who might say, they wouldn’t do this would they? The answer is yes they would. If you can exercise yourself to look at Agenda 21 or the New World Order, the plan is for the removal of the human being from large areas of the world, the abolition of religions, the implantation of everyone with microchips or nano particles, a process that has already begun in other words the abolition of free will. 5G if and when it comes will be the means to control our minds and implant thoughts that we will think are our own.

Lasers from the sky and the California Fires. Fire proof evidence of Directed Energy used in CA Fires. You can SEE the lasers coming down recorded on peoples’ mobiles. Pub 29 July 20187 Added 30 July 2018

As I was saying to someone today, I have been aware that things are not as they seem since 9/11/01 the date of the infamous world trade center collapse or dustification as Dr. Judy Hall named it. Were you aware that 90% of the physical material of the twin towers never even hit the ground. Directed energy was used there also. I realize that such things are depressing but this is the way the world is going, unless, and I think the only way we can survive the horror that is coming is to be aware and knowledgeable. This will mean that when we pass over it will be done with some semblance of dignity.

As if that were not bad enough, the other depressing thing I saw today though it did not start that way, was a YouTube video called Farmlands, which is about the increasing marginalisation of white people in South Africa. It seems all the farms are going to be repossessed without compensation. It appears that large numbers of white people are preparing for a civil war which they feel is inevitable. For what was dubbed the Rainbow Nation this is so sad.  I have visited South Africa 21 times and loved it but like America, I feel that my time is over and apart from the Western Cape, which is relatively safe, I will venture no further in that country. Evidently there are so many massacres on farms that there is an organization called “Blood Sisters” which specializes in clearing up the bloody mess following such massacres which are among the most brutal in the world. For those even remotely interested in South Africa it is a fascinating 1 hour 13 minutes by a very brave reporter who funded her own visit Lauren Southern.

So this is what is going on and the only thing I can think of is to have faith that there is a better world – which we make ourselves here – In preparation for what awaits us when we pass over.