I attended a meeting of people affected by electromagnetic Fields so called electrosensitive people and it was a real pleasure to meet those who are similarly afflicted.   I find I can tolerate these waves less and less. I even find that when I use my mouse I get prickles in my hand. This is not good.  In the body it manifests as a type of metallic feeling, an itch through my whole body which even affects my breathing rate.
The event was organised  by someone on Facebook who is part of an electrosensitivity group.  It was held in the middle of an orchard in a small village well away from pylons and transmitters.  We arrived about 10 in the morning and found nobody there but in the next hour people showed up.
The group was extremely informal with people just turning up at various odd times. At the height of things there were about 14 of us. At first I was a bit unsettled by the lack of any agenda but the person running the group, Dave, told me that the idea was that everyone should just mingle so I played along with it and got to know most people as the day went on.  Of the assembled gathering, about half were genuine sufferers and the rest were just curious about the phenomenon.
We met two people who were so electrosensitive that they could not attend meetings in buildings, one have got a divorce and lost her job and was living on virtually no money.  It seems that you can endure it for sometime and then one fine day you reach a critical point where you get affected.  The idea that the DNA tries to cope with energies that it’s not used to dealing with by mutating.   There is a whole host of information  on my site 5Gexposed.com .    I suggest you turn to the section ‘videos’ which is the quickest way of learning about this whole phenomenon.
Having met everyone and exchanged contact details where relevant,  we drifted off and went to a local fun day in Evereech,  this being one of the last weekends before the Summer season closes on  such occasions. 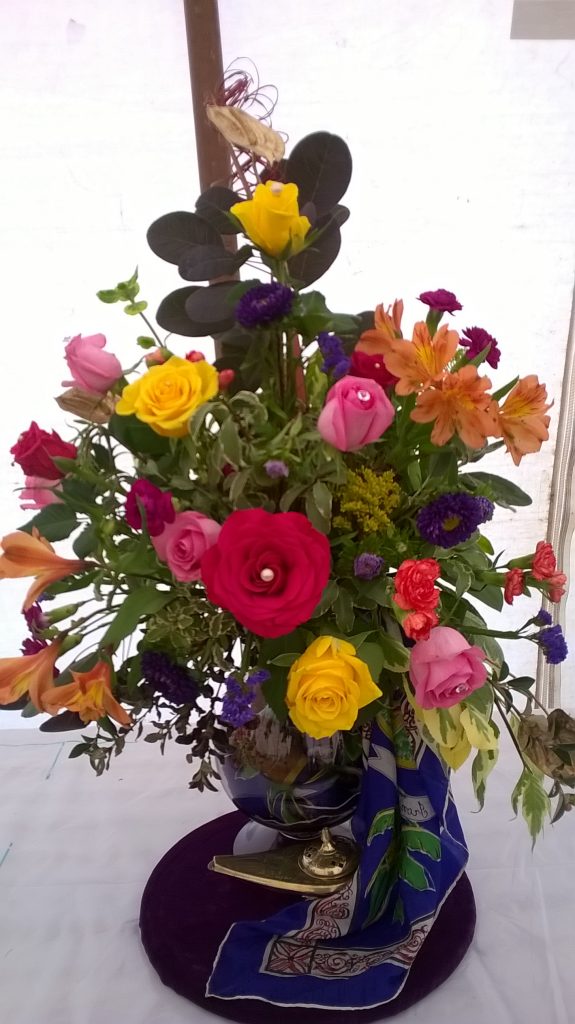 From a car boot sale person I bought a very nice large aluminium pan for £1.50 because I liked the look of it.  It was the usual tent where flowers and vegetables were judged and tea served.  I restricted myself to a cup of tea.  On the way home we found ourselves picking blackberries which are in abundance at this time of year.