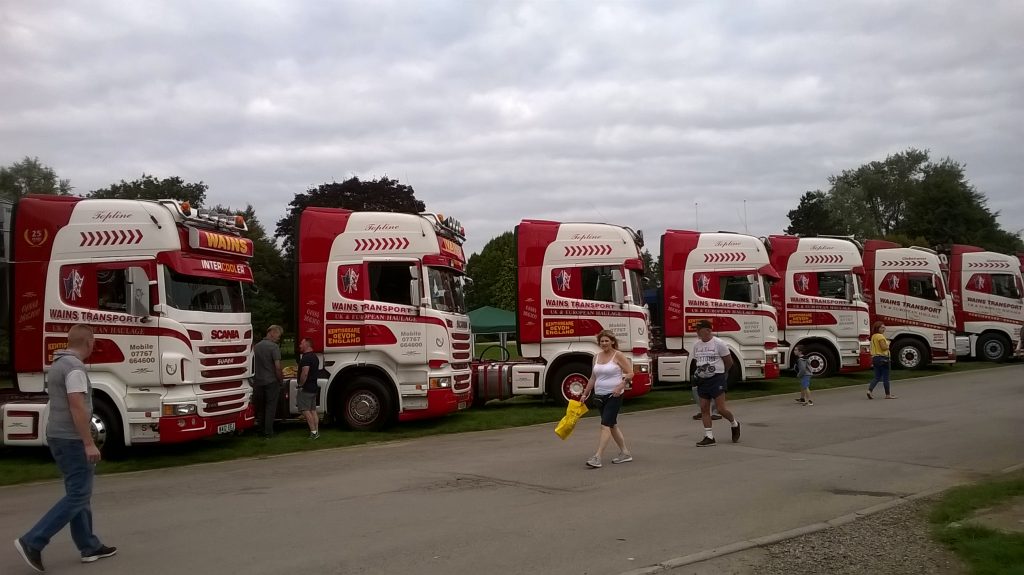 Now this is one smooth operation.  It was held at the Bath and West ground familiar to anyone within a 50 mile radius of this enormous site, south of Shepton Mallet. 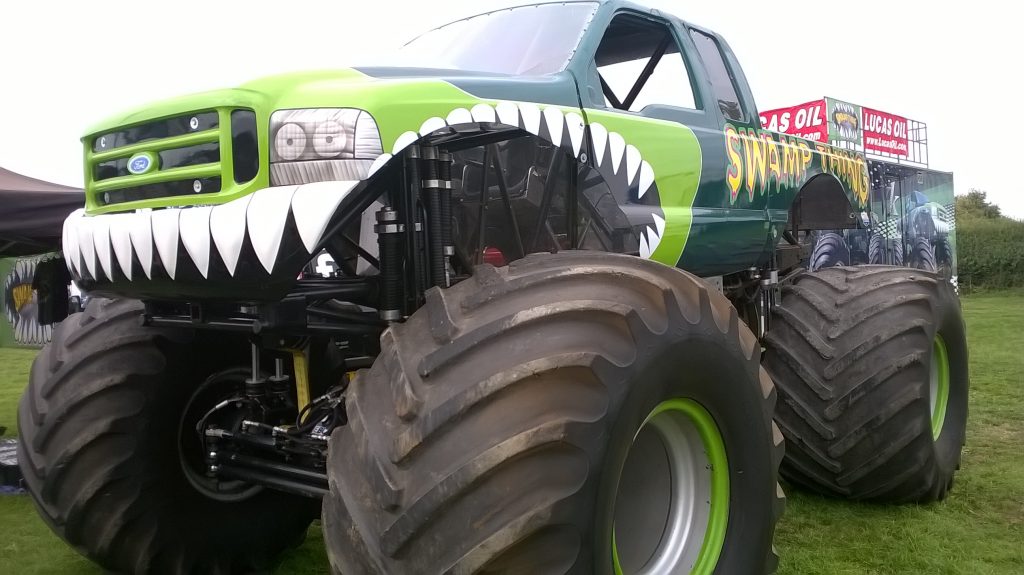 We turned up around 10:15 in the morning and entered the showground to see rows upon rows, there must have been  200 of the full sized model of trucks all sparkling and polished.  The price per adult was £14 but because I forgot to book beforehand we had to pay £17 on the gate, never mind.
I only discovered what a clever arrangement this was when I spoke with one of the truck drivers, a man of Indian origin, whose company owned two trucks with a 50 m crane attached. These models are designed to deliver materials to building sites.
His current truck cost £350,000 and he was happy to talk about the safety elements. When you go from one lane to another, and if there is traffic, an alarm sounds and the truck itself causes the indicators to flash.  If a car pulls in front of the truck and there is no reaction then the brakes will be automatically applied.
Truckfest charge £30 per truck and in return you get two free tickets entry plus your children and the opportunity to camp on the site.   There were almost as many tents on the site as there were trucks.  I realise that this was a vast gathering ground for truckers to exchange gossip, information etc and there were people from all over the country and  even one or two people from Ireland.
In addition to the trucks there was the usual miniature railway, a funfair, and the usual food stalls apart from the permanent building which serves as a bar and a restaurant. It is not haute cuisine but food for the masses.    The trucks themselves took part in ceremonial processions with much tooting of horns; the entertainment was provided by two large converted cars on a huge chassis that took a delight in crushing three cars that were conveniently placed in a row.  Safe to say the cars will not pass their MOT.
It is a fair comment to describe the average size of the attendee to be larger than the average. I suppose if I drove a truck all day all day and ate junk food for want of anything else that I would eventually develop a huge stomach but some of the wives gave their husbands  some competition on the size department. 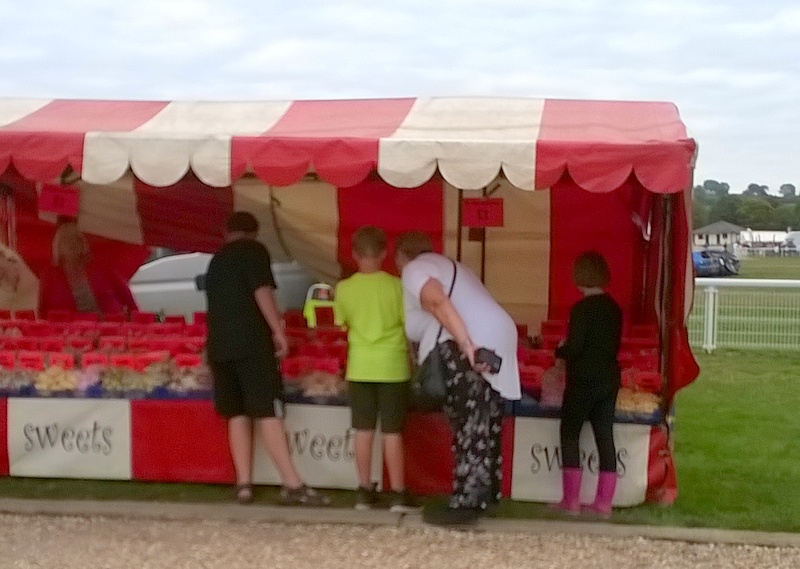 So, 90% of the attractions (exhibitors) can be enticed to come to have a little relaxation from being on the road and they can preen themselves and show off their vehicles, and be there to answer any questions that the public may have, then job done. If Truckfest charge an average of £15 on the gate and there are a goodly number of people of a weekend that’s a nice little earner I would say.

We did enjoy it very much in a mindless sort of way. A lot of people were just enjoying themselves  and around 12 midday, most of the truckers  were  contenting themselves with cooking steaks and sausages over a barbecue.

It was quite obvious that most of them had been there many times before and I think it’s a great social service to these hard-working people.  When I see trucks driving along I shall think of them with a little bit more respect. I hope it will not be too much for them when the inevitable queues at Dover come along after the Brexit mess.   I have to say the drivers in general were a social and jolly crowd.