Guess what. Halloween is just round the corner. I thought these local examples were very imaginative. 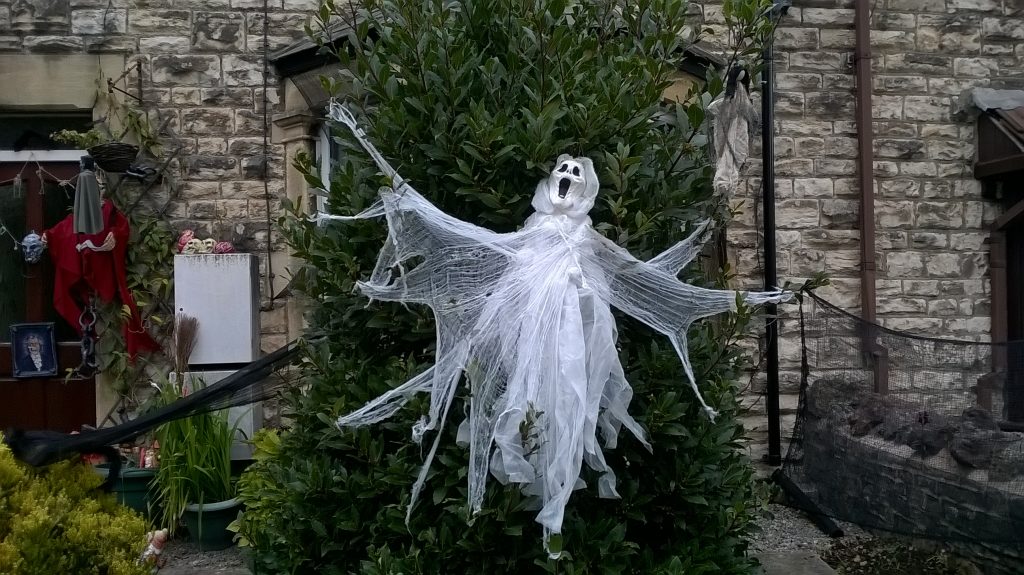 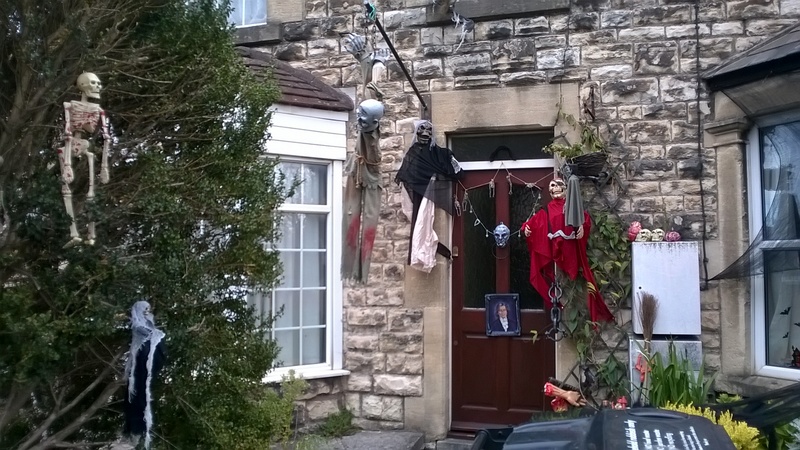 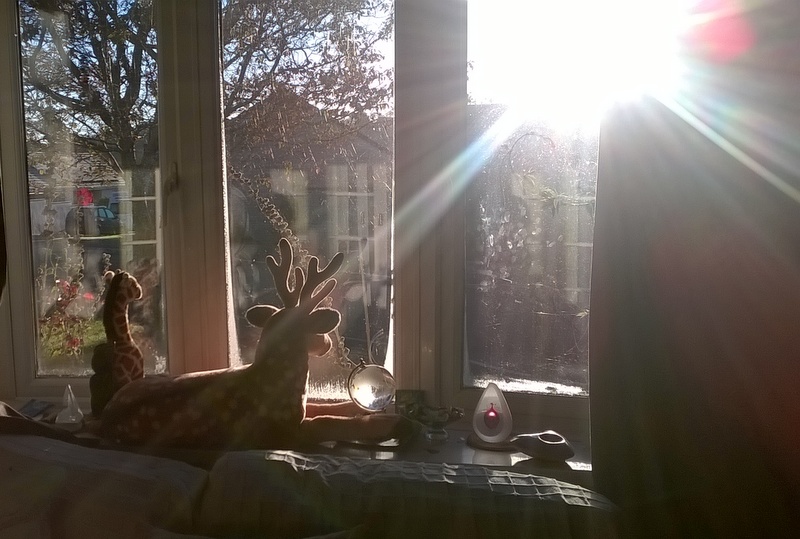 We do have a certain penchant for stuffed animals. This is our fawn, who keeps guard on our house security whilst we are away, along with our         giraffe who assists. We also have George, a hedgehog, who supervises matters in the kitchen and also keeps a watch out for mice, should they ever appear. In the garden we have Lola and Lolette, two sheep who try to keep the grass from growing too long, but have to be assisted by the lawn mower from time to time.

I love these small articles in the paper. This one was in The ‘I’
Could you come back to rob me later?
A Belgian store owner foiled an armed robbery by telling the would-be thieves to return later when there would be more money in the till. The gang duly complied, only to be arrested by waiting police. I could see I wasn’t dealing with geniuses, said the owner of Charleroi E-cigarette dealer Didier.

I have a history of thinking up ideas which are either too far ahead of their time or require More Money More expertise than I have. I think I’m about to embark on a certain exception. I belong to a group of people who run conferences from time to time and what is lacking is the ‘after sales service’. In other words people enjoy the environment of the conference where their difference from the blue pill people can be understood not ridiculed. They then go back to their normal life and find themselves like a fish out of water.

As one piece of coal cannot make a fire so it is very difficult to maintain our interest and enthusiasm in ideas without the support of other people. This is particularly true when we have a partner who is not on our wavelength. If we couple this with the fact that the average British person is rather standoffish and does not share their feelings and knowledge instinctively plus the fact that people don’t want to bother others with what they consider to be their own problems, you don’t have a very good recipe for networking. This therefore requires a stimulus or a catalyst of a framework or format in which people can feel comfortable to express themselves.

The thing I enjoy doing most of all is starting ventures. I have built-in ‘spiritual midwife’ software which fires into action almost every day in one  form or another. The problem is, finding people on my wavelength that will immediately get what I’m about. Hopefully in this situation it will be not too difficult. I hope to launch the venture on the 2nd of December and meanwhile I’m trying to find the right software person probably having to go to Pakistan or India. Western prices can be in the thousands though there are always exceptions.  I know exactly what I want and it’s a question of explaining this across the cultures which is more difficult than you might think. A person can speak English but whether they ‘think’ in English is another question. Anyway, that’s all part of the fun.

On the other hand (there is always another hand). In case you think that the world is not as it seems then you are right. This is the world in which I live. This video is about ‘free will’ and does not make pleasant viewing but my belief is that its ‘better to know than not to know’. This may provide some sort of protection against the horrors that may come.  This video is called Voice of God Weapon, Synthetic Telepathy, Cybernetic Hive Minds MK Ultra. It lasts 49:11. Note the unclear voice of the male actor on the film clip.

If you want to know about the background of the background, if you can bear it, check out this video. 44:45 Attack on Humanity explained by Dr Edward Spencer.