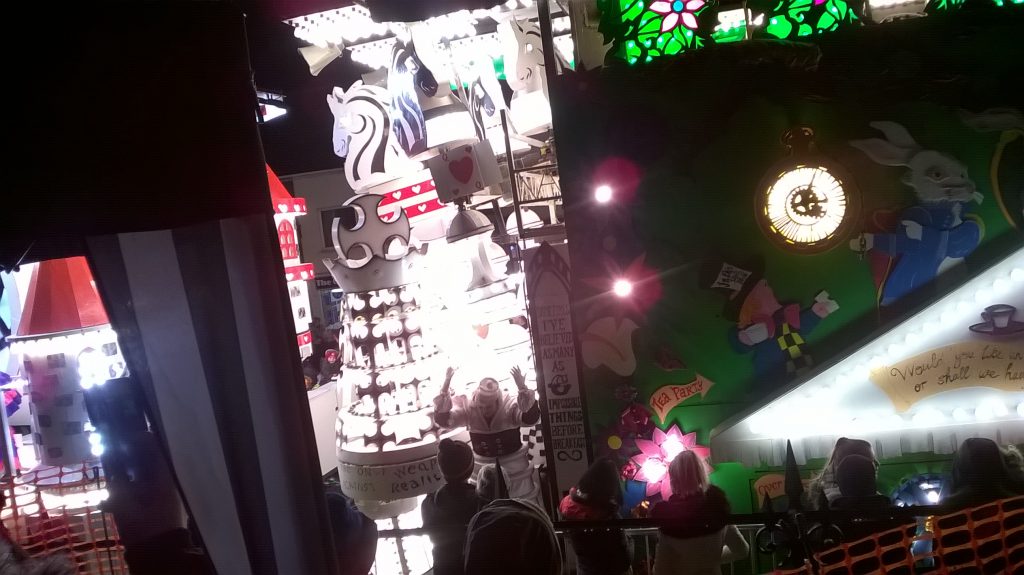 Folks I do not often rant and rave to the local paper but in this case the feeling was viscreal. We had our annual Midsomer Norton Carnival.  This is my impression of ‘Disguisted of Tunbridge Wells’.

Although the weather was not very clement, my wife and I decided to go along and support the local Carnival.   The first vehicle made its appearance at a little after 8:15, later than advertised, and then alas it was all downhill from there.   The first float consisted of a van, behind which were number of young girls dancing.  There was then a gap, the first of many as we were to discover.
An ambulance appeared followed by a fire engine followed by a coach from a local coach company.  The Fire Engine turned on its sirens from time to time.  I found the loud sounds in a confined space disturbing and not celebratory (my problem I must admit).  Perhaps they were complaining that they had not moved.
I looked in vain up Silver Street to see if I could spot any more floats.  Eventually, one turned up,  again very slowly followed by another, then another gap.
I went to a coffee shop close to where the library used to be, drank a cup of coffee and decided to push up the High Street to see what the problem was. To give you some idea of how slow the procession was, I overtook the first float.   We walked back down the high street and found a traffic jam.  The people on the float were trying to maintain momentum and I do admire them for that but after staring at the same float jam for 10 minutes I decided that enough was enough and we left – along with a stream of other people.
If there was anyone in charge, it was not evident.   Surely it is common sense that if the first float goes at a snails pace then there is a cumulative effect down the queue is so to speak but why in spite of this were the floats held back?
After so many years, there should have been enough experience of carnivals to know how to do it properly but after this shambolic performance I fear that the already thinner crowd will be even  more sparse next year.
Such a pity for the good causes and thanks to the many volunteers for their part.