So for once, I felt like going out for breakfast. We are preparing for the arrival of my sister and brother-in-law to stay for a few days and Francoise is in the kitchen making bread so I’ve decided to go off to The Hub which is a little restaurant come library comes social club in the middle of Paulton. The emergence as a social club happened organically. Every morning, people congregate, up to a dozen in number, for a chat. These are people of senior age and from what I can gather most of them live on their own. What a delightful and free facility. 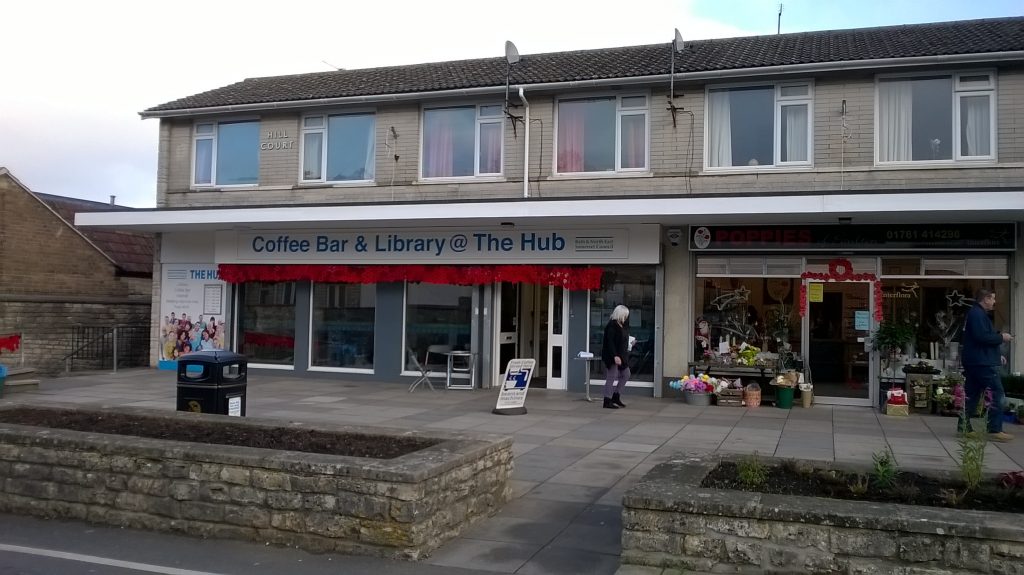 I get a good 11 piece breakfast for £5.50 including unlimited coffee which can’t be bad in anyone’s language. Service is variable but I believe they are volunteers so I’m not complaining too much and anyway, free copies of the local papers are available for a quick scoot through. 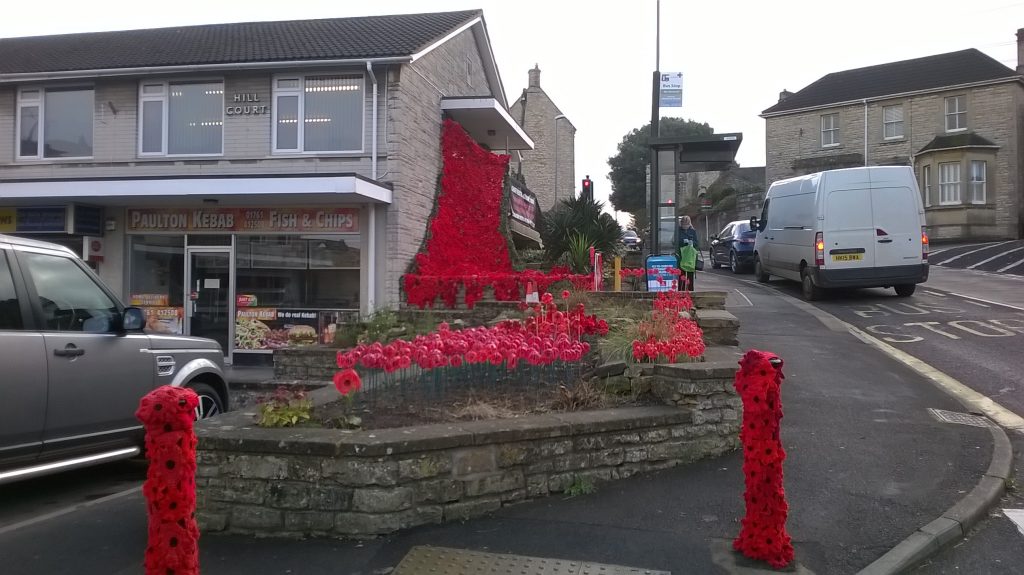 On my way out I saw the quite respectable commemoration of the end of WWI. This war was caused by an enormous psyops movement started by the Rothschilds, and Cecil Rhodes of South Africa, one of the Rothschild’s great fans. They formed a secret cabal that took over the press in the relevant countries in order to demonize Germany and blame everything on them rather like they’re doing with Russia in today’s world. the USA has started 42 Wars since World War II, and each one was based on a lie. The factors that war makes money and WWI was no exception. My rule of thumb is, if there is money and power involved the relevant news items are either a downright lie or a cover up for a lie