We decided to go on impulse to the local Valley Arts Centre meeting which had as its subject a talk by a BBC wildlife producer, and the young lady dubbed  Bird Girl who due to very fortunate parents with plenty of time and money to spare had introduced her to wildlife around the world. At the age of 16 she is probably a more traveled person than most adults. Surely a treat which for the most part it was.

Anyway, here is the story. Before I start, I have been corrected in that the Valley Arts group hired out the venue to another party.   I am aware that this is a very local institution and every area has its own culture micro climate so to speak.  I should also add that the atmosphere between the people in the crowded hall was very good and everyone was chatting and catching up on their news so nothing wrong with that.

We entered the village hall, a fine enough building, and there sat a young lady of about 16 seated at a table with a list. I gave my name but she did not even bother to look at the list and just asked if we had paid. This is all very fine but if someone had come in who had not paid all they had to do was say yes. I do agree that people in this part of the world do not lie, and most people are well known, but to put an untrained in charge of the reception and possibly money seems little bit irresponsible to me.

The ticket that we received gave no mention of starting time, for example 7 PM for 7:30 PM.  7:30 PM came and went. I quickly figured out that there was no effective chairman and the speakers were expected to do their own chairing. I did have a word with the speaker asking if there was a microphone. He said ‘no there wasn’t’ but he would try and speak up. I was thinking more of the young girl being heard in a very crowded hall, there being about 120 souls gathered there.  About 7:50, the event started. The BBC person introduced himself saying that the event would take place in three parts, first of all he would introduce himself then Bird girl, then he would speak for about an hour. Still no sign of a chairman or organiser.

The first part of the presentation went well enough. The only problem was a two-year-old child that insisted on running around the place with squeaky shoes. I suppose people tolerated it as they had to. The parents seemed not to be able to control their child save occasionally speaking to him and carrying him around.  They don’t call them the ‘terrible twos’ for nothing. He was impervious to being told off so some of the other adults tried to calm him down with limited success.

There then followed an interval of about 20 min when people went to the bar for service and were also offered bread and cheese plates where they helped themselves and put the money in a beer jar.  During this time, there was a young lady of Indian descent who tried to make some announcements but since she had no microphone, and she didn’t have a very strong voice, most people could not hear what she had to say. I have to say, these appeared sophisticated people and has no one’s thought of buying a microphone so that speakers can actually be heard? It really beggars belief.

Anyway along came Mya ~Rose AKA Bird girl and spoke. She is 16 years old and is from Compton Martin where the talk was taking place. She was interesting enough, humorous and humble, and showed some slides going back over a period of 10 years or more. The talk was well received. During the event she was assailed by a cough. The lady of Indian origin was at the front and simply stared at her. There was no connection in her mind between a cough from the speaker and the need for a glass of water so eventually the speaker had to ask for one which eventually arrived.

After her speech, there was a raffle. Once again there was no microphone so the draw could hardly be heard above the hubbub of conversation as people were at the bar and consuming the bread and cheese meals. It reminded me of the long intervals at the Royal Opera House in London.

After a further 20 minutes, the BBC chap then spoke for an hour, interestingly and amusingly, about various places in the world he had visited. The evening ended at about 10:30 PM. I noticed that before he spoke, a dozen or so people left, fair enough dark rainy night – they probably wanted to get home in good time.

It would have been such a difference if there had been chairman, and microphone, and some discipline. If you start the meeting half an hour late, and there are 100 people there you’re wasting 15 man hours. I know the timing isn’t everything but isn’t it just plain good manners to start on time if people had taken the trouble to turn up. Everyone was in place by 7.30pm  and as time went on I noticed that the BBC chap was running around asking if he could start. The woman apparently in charge confined herself to smiling and running around.

Incidentally, when I arrived, I asked behind the bar if the person who signed the invitations, Geraldine Hill – Male, was the person I think. I wanted to greet her because we didn’t know anybody. The young lady was nice enough but had no clue who I was talking about.

I suspect there are some politics behind the scenes because there was an lack of teamwork and the sort of basic corporation and courtesy you afford to speakers.

I invite others who plan evenings to stick to basic rules of procedure and courtesy. . They are not difficult. Advance planning, making sure suitable people are at their workstations, all technical equipment bought along just in case, above all, timekeeping. It makes a huge difference to an evening.

I could sign myself, ‘disgusted of Tunbridge Wells’ but that would date me so let us leave it at that 🙁   I have sent this to the people concerned so they have a right of reply but I’m not holding my breath.

On another topic entirely, I’m totally embarrassed that us Brits are apparently so indifferent to the wasting of billions of pounds of taxpayers money that could be used to pay nurses, police, doctors, public servants in general. I hope that this White elephants of all white elephants will soon be disbanded. 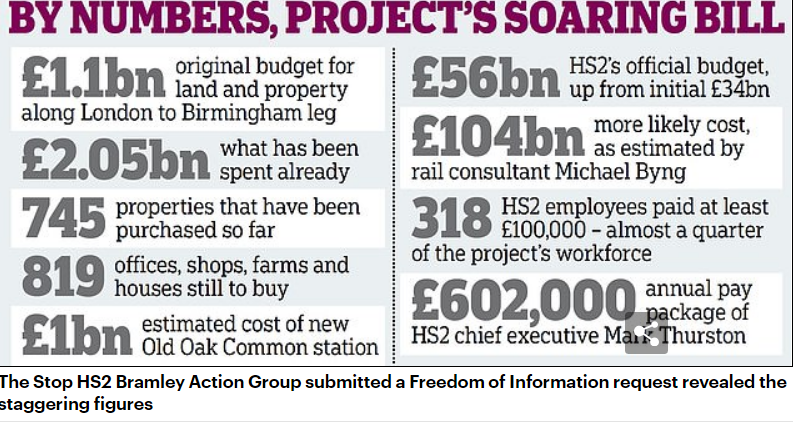