It’s not really an escape, but South London has a different vibe from central and north London. The pace of life is more leisurely and the proportion of multicultural representatives are much greater.

I can see why people have a favourite cafe. We are back for the fourth time to my cafe previously referred to. There is a different energy on a Saturday morning, less frenetic, one of two workers but mostly people passing the time reading the paper and staring into space. The ever helpful proprietor was there with two male assistants (where were the pretty girls during the week – they had deserted us then everyone needs a break and they do work very hard). 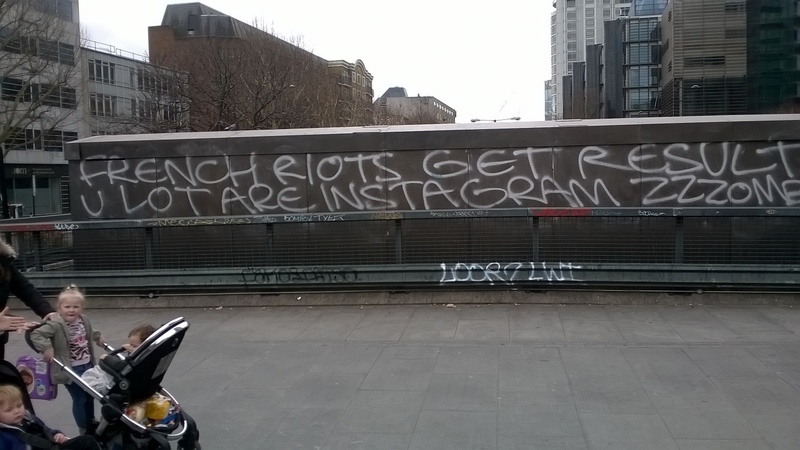 Today to save time we took the bus to Warren Street where I recorded this picture, by Victoria line to Victoria Station and then by Southern Railway to East Croydon and then by tram. Here are some other images taken on the tube system. 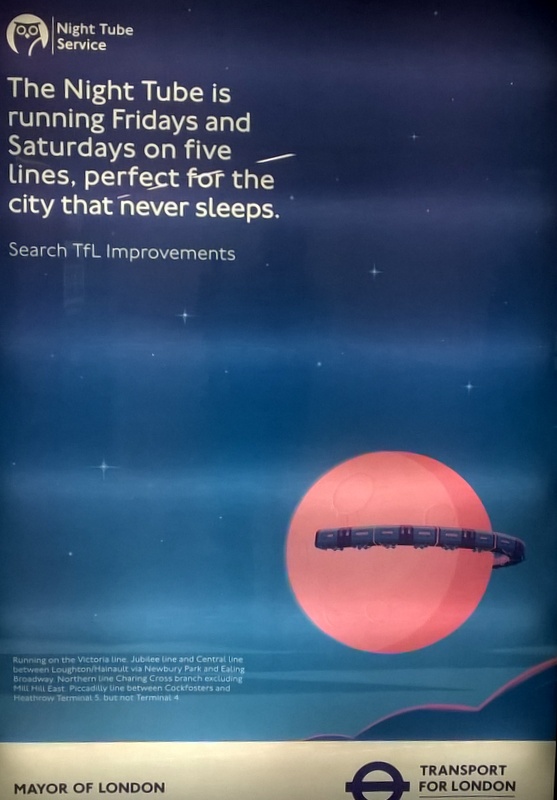 We enjoyed a delicious soup followed by cheese and enjoyed familial and family matters. The nice thing about family is that you don’t have to act, you can put your feet up and just chat about things.
Unfortunately our stay was rather briefer than we would have liked but we got a chance to exchange essential news. This evening, Francoise is cooking a meal for a couple of friends so back we go via public transport with five interchanges. This may seem a lot but public transport in London is very good, it has to be due to the number of people, so everything goes smoothly enough. We arrived at Warren Street station and I noticed this picture in the ticket hall.

By the way, there are now no ticket sellers. The only population is a supervisor that stands by the gates to make sure nothing untoward happens.

Back to our base to find that there is a delicious smelling curry cooking and basmati rice.  Each type of rice needs cooking in different ways. This rice needs washing before cooking and placing into boiling water. I find it is easy to overcook rice and very difficult to get just the right flavour and just the right spices or condiments to make it feel and taste at its best.

A friend at the party had no passport. Funny, I assume that everyone has passports that he after arriving in this country many years ago has presumably let his lapse. Fortunately, he has an ancestor, a grandmother, who was born in Scotland so after filling in the necessary questions his passport should be very easy to get, his by right so to speak.

Anyway we had an mid-evening finish and everyone was fairly early off to bed. We have to get up early to pack, say our goodbyes, and leave. The British have a strange habit of leaving the most important matters until the last moment and this was no exception. I kept out of the conversation because having known Mike, the person whose funeral weekend to attend, for a comparatively short time I left to those who had known him for much longer.