And so back to normal. It took me a day to get used to being back at home so yesterday, Monday, was a write-off so far as any intellectual activity was concerned. I went off to my normal coffee morning to All Saints Paulton this morning to be reminded that it was Shrove Tuesday where in England we follow the pattern of cooking pancakes.

In case you didn’t know, Shrove Tuesday was named after the custom of Christians to be ” Shriven” before the start of Lent. In the United Kingdom, Ireland and parts of the Commonwealth, Shrove Tuesday is also known as “pancake Day” or “fatty Tuesday” as it became a traditional custom to eat pancakes as a whole meal.

I turned up at about 10:02 to find about two people there but by 10:20 the room was full and there were more people than there are at the average service. Not that there’s anything average about our congregation at the moment because we don’t have a priest so we get visiting priests to come in to administer communion from time to time. 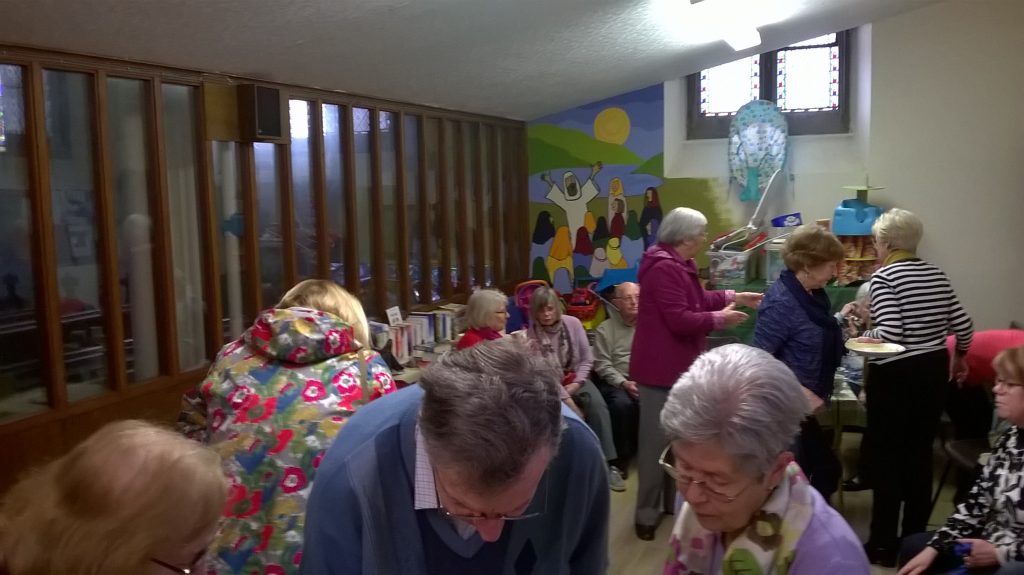 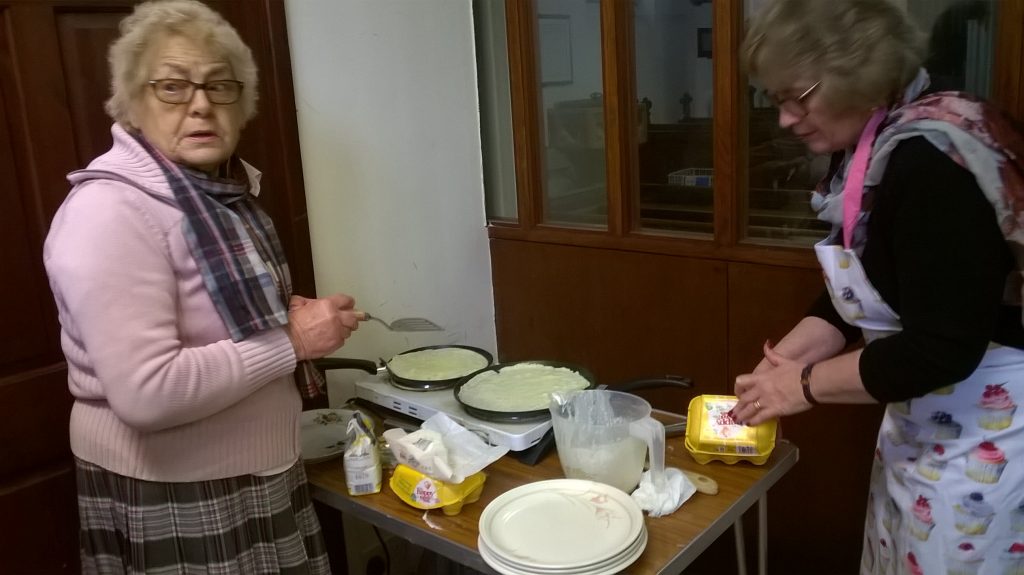 Off to the hospital for my regular eye examination and possible injection for wet macular degenerative disease. On this occasion I did not need an injection, but in case there are any of my readers who would like to know what actually happens I will describe it in detail.

You come into a room which is very much like an operating theatre, you lie face up on a standard operating table and are asked to confirm your name and date of birth and what you expect to happen. Since the effect of infection is potentially very damaging,  you get two or three washes with disinfecting substances on both eyes. Evidently the area most susceptible to retaining germs are the eyelashes. The said eyelashes are then moved aside and stuck to what is in effect a piece of transparent plaster with a slit in the middle where the eye ball is located and can be worked on.

When the injection is prepared you are asked to look either to your top right, top left, bottom right, bottom left, so that successive injections do not go in the same spot. You then feel a little pinprick followed by a display of psychedelic colours which float around the eye. The aim of this substance is to reduce the amount of water in the layers of the eye which is what causes a deterioration in close vision. This, by the way, is wet macular degeneration. For dry macular degeneration there is no cure so I am lucky to have the wet version. The Doctor then holds up fingers of their hand to ask how many fingers you can see.

When all is well, you then get off the table and are given a small bottle of antiseptic liquid to put on the eye when you get home, and then three times per day for the next two days. You then have to book the next appointment because the NHS offers treatment for this disease for as long as it is extant, it could be six monthly injections or it could be 666 monthly injections. There is no time limit.  I have learnt to be a good patient by for example putting my hands under my bottom during the procedure because once I without thinking touched my eye with my hand and she had to start the cleansing process again.

As you may know, I always wander around the hospital to see what’s going on and so I enclose a few images of the images, advertisements, representations that I see.  They are in no particular order. 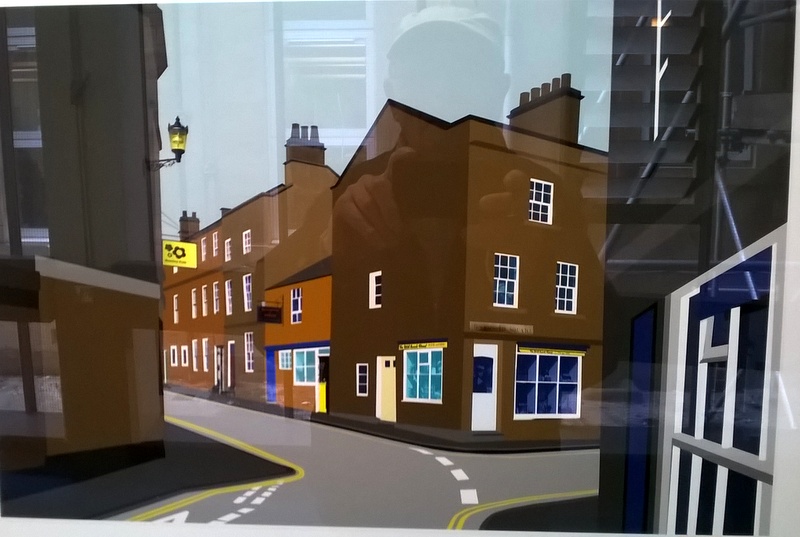 in one of the corridors, a city street with no soul. 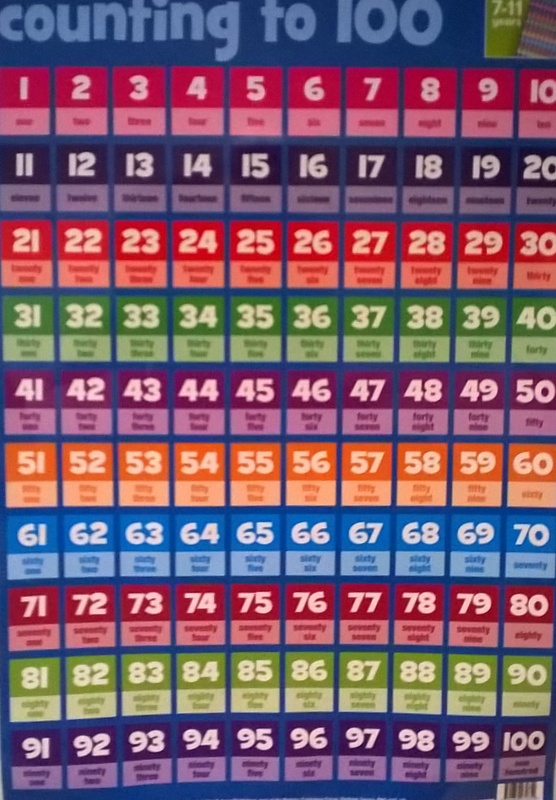 in the children’s play area of the waiting room of the eye department. 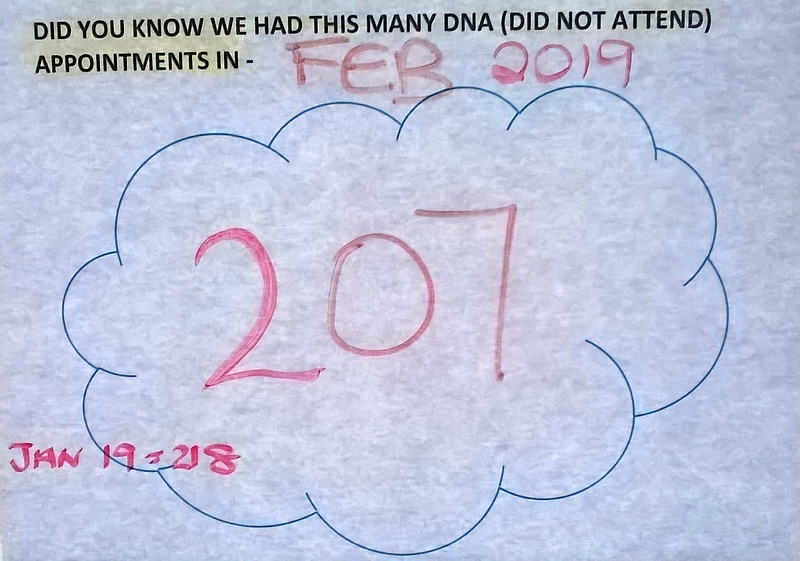 A sobering notice. If 207 appointments are missed just imagine how much wasted money and resources there are. This is just one department of one hospital of the many hundreds of hospitals in the United Kingdom. 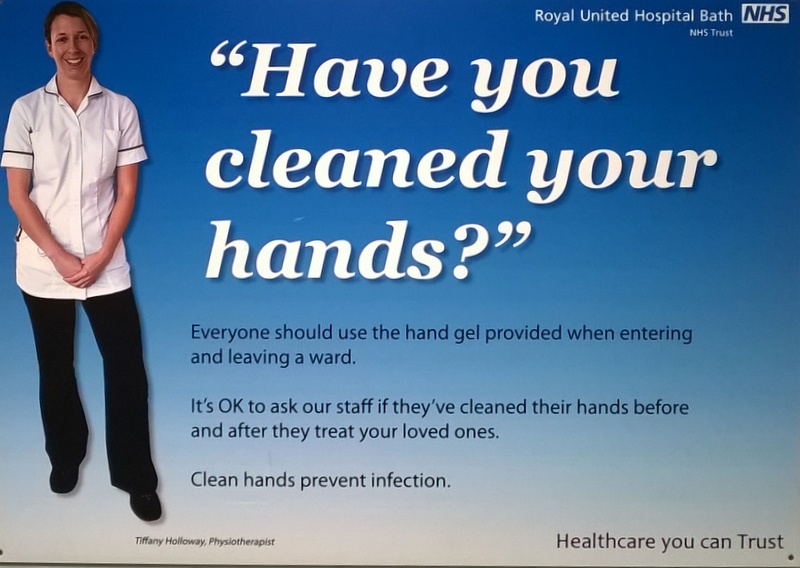 A nice clear advertisement with an unambiguous message. 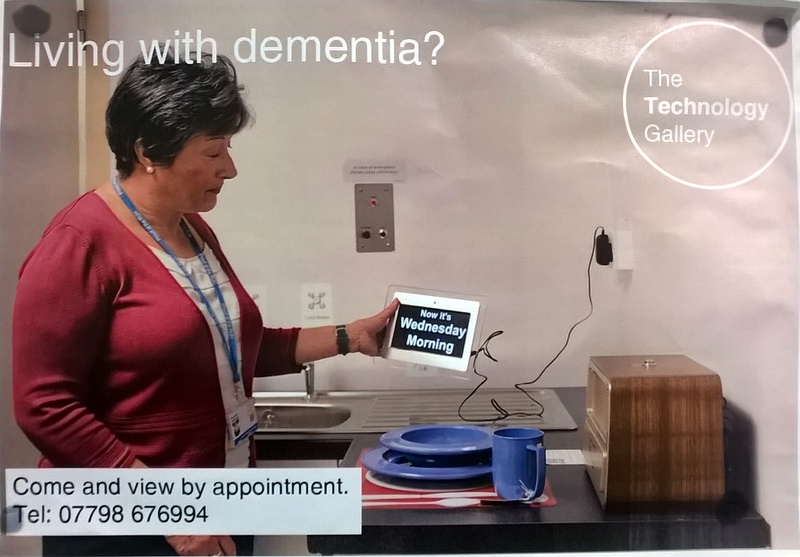 A difficult topic, dementia, tackled with diplomacy and tact 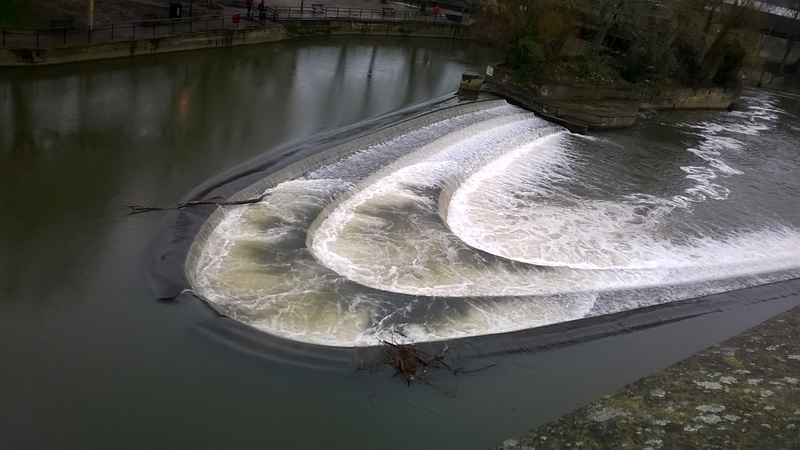 The Avon River passes through Bath. Logs and branches frequently get caught on their way down river. This image is taken after a period of rain when the flood is higher.