One of the most therapeutic activities I know of is doing gardening. If everyone had an allotment or garden I’m sure there would be fewer cases of depression or suicide. If gardening is done professionally for others or for ourselves it matters not. We gardened for a very nice lady called Diana who is prone to bouts of anxiety. She apologised to us for not clearing up the dog mess in the garden. She explained that this was because her daughter had rang her the very same morning to say that her account had been cleaned out by fraudsters. The daughter had forgotten her access code and so her own bank account was blocked. She had no means of finding out what was going on.

Anyway, we started by trimming a hedge. She had become very anxious about the hedge because leaves fell in the autumn. She had been to see her daughter in Australia and she was worried about the hedge on the plane coming back. You may say that she was in some sort of hysterical state that meeting her I can understand it. Until recently, she did the garden herself. Her husband passed on a few years ago. Due to arthritis and various other problems she was unable to do her garden. She had also experienced an unfortunate series of defrauding where more than one tradesman had come along, taken her money, and not done the job.

We spent a lot of time talking with her, talking about the garden, and trying to get a little bit of trust from. Her main complaint was that “you can’t trust anybody these days”. 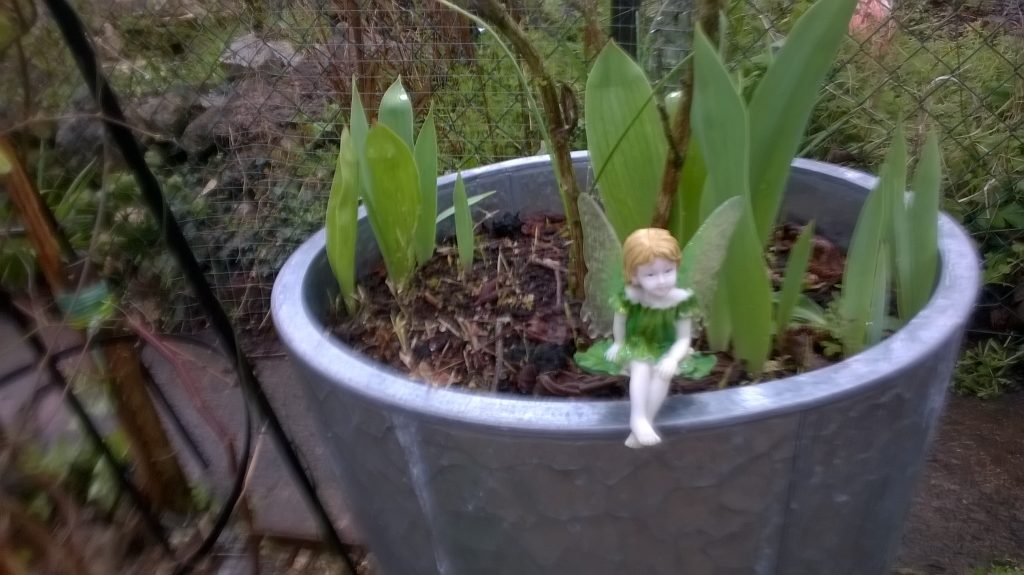 Anyway, we did the job and she was so pleased about the transformation of the garden. She had a section containing a Buddhist statue and also various faerie images. 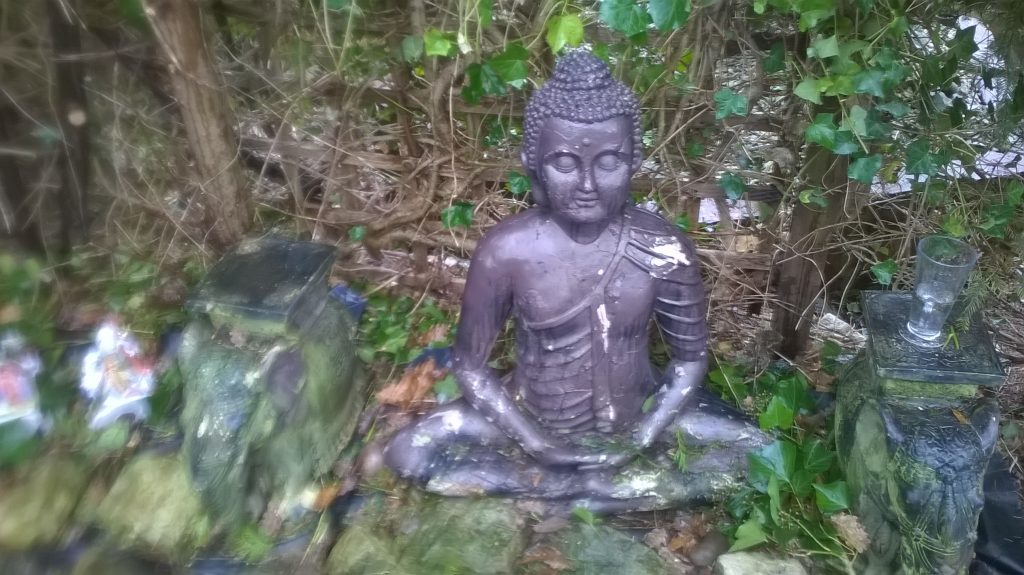 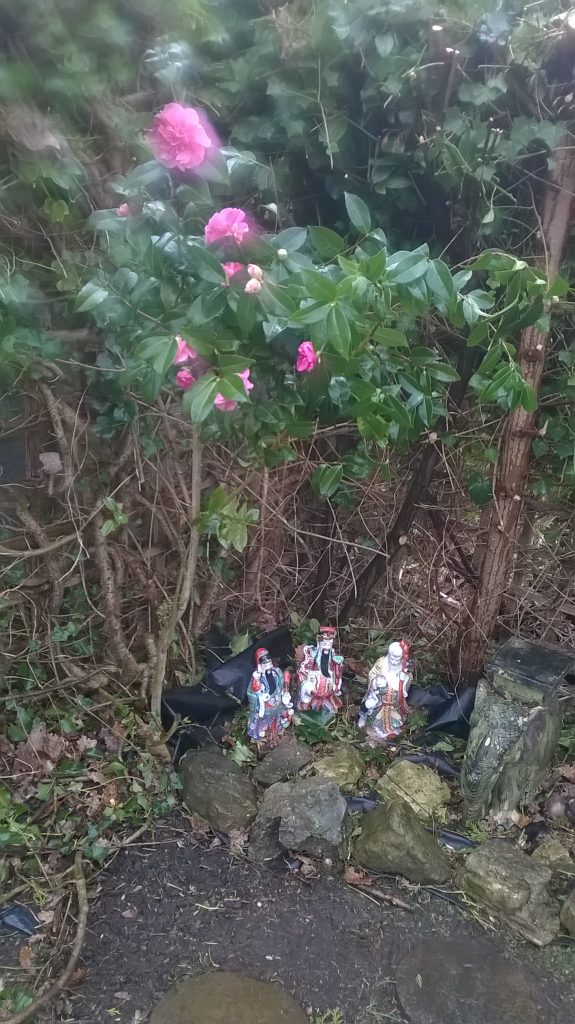 This was her fairy area. The house itself is a very old-fashioned workers’ cottage just a little bit away from a main road but you would not guess from the quiet that this was the case. The garden was long and looked over a valley. Happily chomping away were pigs, chickens could be heard clucking contentedly and one or two ducks were pecking away.

There is a whole world of difference between working for someone who is appreciative, and the average customer. I find time has a different dimension because you enter into the energy of the garden and try to improve it as much as you can, and in return you get a blessing. The core of the job lasted only about four hours but I see what a mean measure time is, when you are in a transcendent state which is what I normally am when I’m cooperating with nature.

One of the features of working with nature is that you do not get tired. You sweat, you ache, but there is no fatigue. The extreme opposite is waiting in the dentist waiting room, or waiting for a court case to come up, in which case time drags. I wonder if time itself is an illusion