Samuel Pepys, the inspirer of this diary, was a political animal. He spent most of his time working for the government, shipping I think it was, making arrangements for people to smooth his path. How he found time to write his diary I don’t know, especially as there were no technological aids such as speech to text dictation without which I could not write this diary. He wrote 1 million words over a ten-year period and only stopped then because he was worried about the effect on his eyes of writing in candlelight.

I am up to over 500,000 words after two years and two months. I have only written a fraction of what I could write. Some days are writing days, such as yesterday as you can see, other days do not excite me to write anything.

It is such a relief to watch something of quality on TV, this being RUPTLY TV, funded in part by Russia Today. I’ve been watching the Editor in Chief of wikileaks holding a press briefing (above) on Julian Assange’s”new criminal case”. I did not know that in March 2018, all his visiting rights except lawyers, his telephone rights, his Internet access, were all blocked at the instruction of the new government of Ecuador. It’s not as if Julian has been charged with anything; he is just a refugee taking refuge in an embassy.

Since March 2018 the embassy had taken to wiring up all the rooms with videos so that all his private – I use that word loosely – communications including those with his lawyers and with his doctor are being monitored. A group in Spain somehow got hold of this information from an employee at the embassy and were asking 3 million euros for its release. 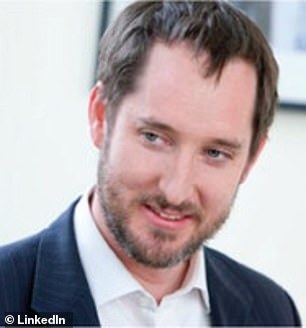 I cannot believe I’m saying this but I was thrilled to read a front-page account in the Daily Mail that a crack team were to be assembled. On hand was the lawyer who defended, successfully, the Birmingham Five (non-UK people do Google this) and another exceedingly bright person called Ben Cooper QC. Just reading a little bit about him including his extremely bright mind, attention to detail, going the extra mile, I am heartened. I think the extradition procedure to take place shortly will be a long drawnout occasion.

If the request from the USA is turned down then they will surely appeal. Each side will be spending a lot of money. In the case of UK it will come out of the pockets of Wikileaks and probably some people giving pro bono. In the case of the USA will come out of the general coffers already been bled dry by unnecessary wars and engagements throughout the world. If you want to see a real live USA debt clock click here. The Debt goes up by about $1 million a minute. This is unsustainable.  However, ours in the UK is not much better. By ‘ours’ I mean the UK. The national debt is growing at a rate of £5, 170 per second. Visit clock here.