So what? I hear you say. On one level that sentiment is quite correct.  On the level of collective consciousness and awareness maybe there are lessons for us all to learn or should I say reflect on.

Yesterday evening, I took out the entire old carpet. The underlay fell into pieces, almost into beads I could say. This is evidently because the underlay was at one time made from shredded car tyres so after 30 years or so they were just reverting to type breaking up into their constituent parts. Funny how the room is bigger with no furniture and nothing familiar. When I got down to the concrete floor it was almost echoing and unpleasant. My feet made a cavernous noise as I walked around.

Two beefy and cheerful men arrived about 10:30 this morning, continuing the conversation and banter between them that they had obviously enjoyed on the first job. A golden rule is that you always offer tea and repeat your offer if they say no the first time. I have seldom found workers who refuse tea. Anyway they went about their business with much bustle and singing and three hours later they walked out having given us a lovely new bouncy carpet.

The old one, a ghastly green one with flowers, my wife had wanted to get rid of with varying degrees of passion since we moved in six years ago and today was the day. I had thought of trying to install a carpet myself but I could see that there was far more to it than just rolling the red carpet out and if you cut it in the wrong place there is nothing you can do about it. 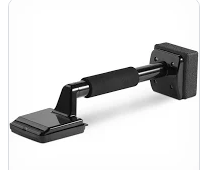 Also they have a special gadget which enables you to grasp the carpet with claws and push it towards the wall to make sure it is firmly laid. It is called a Knee Kicker, don’t ask me why though I can imagine.

I have to say that the whole room has a different feel about it. More importantly however we cleared everything out and some of those things are not destined to return I feel. I can’t help recalling with some nostalgia images of Japanese room styles where the only thing is a bed. The rest is space, paper thin walls and light . 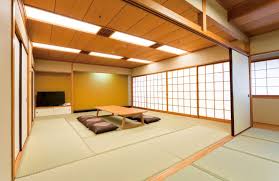 We have decided not put back one of our bookshelves that was cluttered with all sorts of books and magazines. It will be banished to another room.

So great was our reverence for the new carpet that we felt we had to take of our shoes before entering the room. I feel much more comfortable reading in the room although I admit it’s early days yet, or should I say early hours yet. The room is definitely cleaner and quieter.

The event has also caused me to reflect on how much material we have in-house that we really don’t need. I’m not a terrible hoarder but a hoarder never-the-less. I believe somewhere deep down in my mind that I will need something the day after I give it way but I can’t think of much to do with three old mobile phones, about 20 mains battery chargers for various bits of electronic instruments, 150 file dividers, eight suitcases of various vintages. The time will come, who knows when, when I will have a grand clear out. I could say the same thing of the garden shed.

They finished around lunchtime so we decided to go to our favourite friendly restaurant, Hartley’s, presided over by the one and only Jason who has been doing this job seven days a week for most of 10 years and loves what he does. We had two of the most delicious glasses of wine with our meal I ever tasted even in France itself.  I realised what rubbish is served in the local supermarkets.

It is interesting that the restaurant is in the middle of nowhere situated on a small industrial estate where they are is a sports gym, and an auctioneer. You might think to yourself, who on earth could make money in a medium priced restaurant along some non-descript road in Somerset. The great thing is that good news travels and they have built up such a reputation that on an ordinary Thursday we just about got the last table.