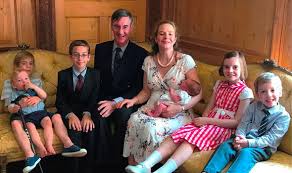 Following promptings from Mark Steele of this parish, a couple of weeks ago I made an appointment at the surgery of our local MP for North East Somerset Mr William Rees – Mogg. He’s the one with children with exotic and Latin sounding names, at the last count he has six offspring. He is frequently to be seen on television in discussion programmes, he is the author of articles and a contributor to the proceedings in the House of Commons.

The last time I met him was in our local town hall when I asked him about my wife’s possible problems with Brexit and residency. I also mentioned 5G and the installing of LED transmitters on more and more Street lamps. The meeting was 15th May 2018 just after I had started my website 5G exposed.com. I was new to 5G at the time but my reason for the visit on this occasion was to update him. Whether my mind set was a mistake or not I shall never know but I did my bit. This afternoon the meeting was held in the community hall, Wedmore Road, Saltford which is near Keynsham. It is an undistinguished building, multipurpose for the community, 1960s vintage, backing onto a sports field.

Each person gets 15 minutes and you can come along and discuss whatever you want. My reception was handled by the very capable agent Margaret. The meeting started in a rather strange way. There was a French lady in the entrance hall with a young four-year-old child. Mr Rees-Mogg immediately bonded with the child and asked her how she was. Interestingly, the child only spoke french so the mother tried to persuade this very shy girl to tell us how old she was. Mr Rees Mogg said that he had six children of his own,  the youngest being three. He really was very tender and enquiring with the child and almost played little games of hide and seek to get the child at their ease.

I went into the hall and sat down at a small table. There was the agent, a lady who I think is in for training of some description, and myself. I’m not very good at self presentation because there’s so much I want to say, I really don’t know where to start. I’m also not very good at looking at people at the same time as talking and looking at my notes. I made the point that 5G had become more dystopian, that it existed for two purposes one of which was espial and the other of which was control. I said that there was a perfect storm at the moment because the executives of the corporations had ‘bought’  governments; the government had accepted money for licenses for 5G and thus received their 30 pieces of silver; that any dangers from 5G can have a considerable latency period. In other words even if it’s a class A Carcinogen it could take up to 10 years before the signs of cancer appear.

I threw all my bombs at Rees Mogg and he took everything on the chin without blinking. He gave the impression that he was aware of the topic already. Before I started speaking to him I gave him a nine page summary which I thought was addressed to the middle intellect person. While I was speaking, He had read through the summary, has spotted one sentence in it that was ambivalent and drew my attention to it. I did not feel offended that he was reading at the same time as my speaking because he was clearly giving his full attention. The fact is, he is a very bright man make no mistake about it. He has to be. He’s got to hold his own in the House of Commons against some of the most ebullient and extrovert speakers such as Boris Johnson.

He took particular interest in my Voice to Skull technology where 5G and in the systems prior to their camp project thoughts into your head and there is no way of distinguishing between the projected thoughts, and your own thoughts. I pointed out this was a very in situ is one of mind control and that the whole system was a prelude to the post human era that the people behind the scenes wanted to bring about. I reminded him of George Orwell’s 1984 and that this was not a prophecy but a walking. I mentioned that all those Huxley, Brave New World, taught french to George Orwell (1984). Huxley was the secretary of the Fabian group, one of the progenitors of the New World order.

With regard to the Voice to Skull he wanted to know exactly when it started, what countries were involved, and how it is manifested. I can say his tone was clinical but it was caring at the same time. In other words there was no hostility but just a desire to learn, and learn quickly. After writing this diary I must give a better answer, or should I say fuller answer, then the off-the-cuff version I gave him when he asked the question. 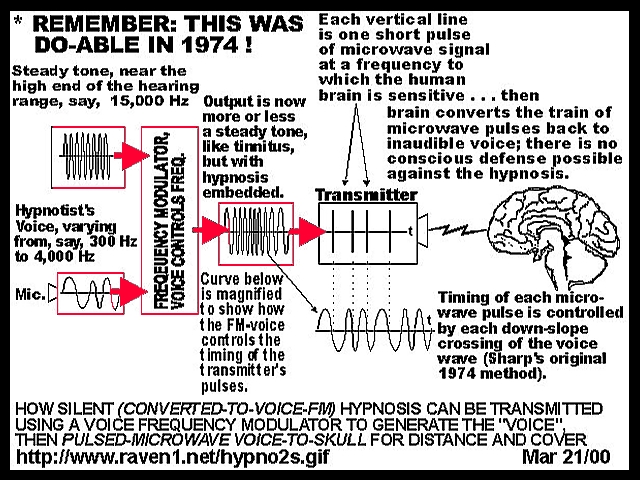 At 3:57, the meeting having started at 3:46pm, there was a knock on the door and a lady said that they needed the hall for a dance class. We were briskly thrown out. It is amazing how quickly the time goes. I had about 11 minutes and it almost seemed to come to an end before it began. It’s a funny feeling, it is difficult to express it in words except to say “time flies”.

Anyway, I thought to myself, I’ve done my duty of care and registered the fact that 5G is still an issue. I drove off to the main road and found a cafe called “the little coffee shop” which is obviously frequented by mothers and children on their way home from school. I had a lovely rich coffee and cake and reflected on my efforts.

My guess is that people tune in to whether the caring is genuine and the interest of the subject matter as it is perceived, and I do not have to do a song and dance act to get people’s attention.

It’s a bit like riding a bike, you never forget but you get a bit rusty and wobbly. I don’t do a lot of public speaking save for the odd question when I go to a lecture, and I realise that I do get out of practice. I am in sympathy with people who want to say something, perhaps of an emotional nature, and cannot get the words out in the right order. If I preside over a public meeting where there are neophytes (from the Greek neophutos, literally ‘newly planted’) I will tell them that style doesn’t matter. If the final point emerges at the beginning and the starting points appear at the end then it’s part of courtesy to listen to what someone is trying to say. Public meetings are not speaking competitions. It is up to the chair of the meeting and anyone else on the platform to get the best out of the question no matter how stumbling.

We can laugh with people but we should never laugh at them. Let’s say that someone asks a question that is incoherent. It may well contain a word that someone else, listening to it, is catalyzed and was stimulated in asking a question that does make sense. Why should everything that we utter make absolute sense so long as it leads to something.