And so to Bristol, with another vibe. It was almost like being in London. I wandered round and took a few shots because we arrived early so here they are to give you some idea. I think Bristol encourages people to do this street art work. I find it enormously cheering and humanising. 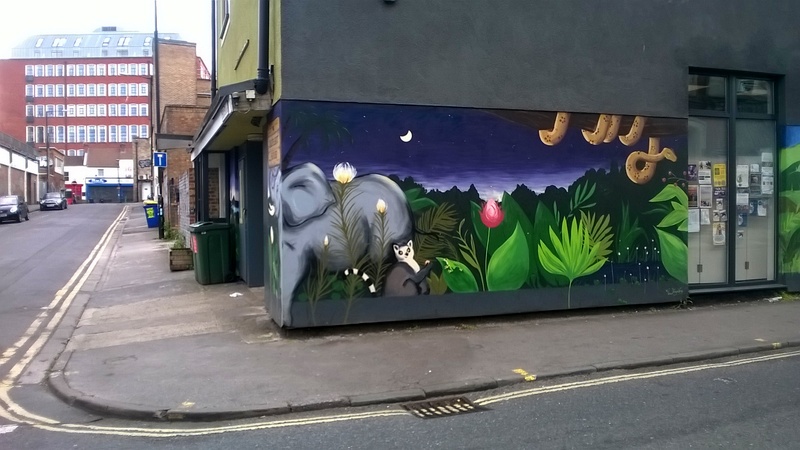 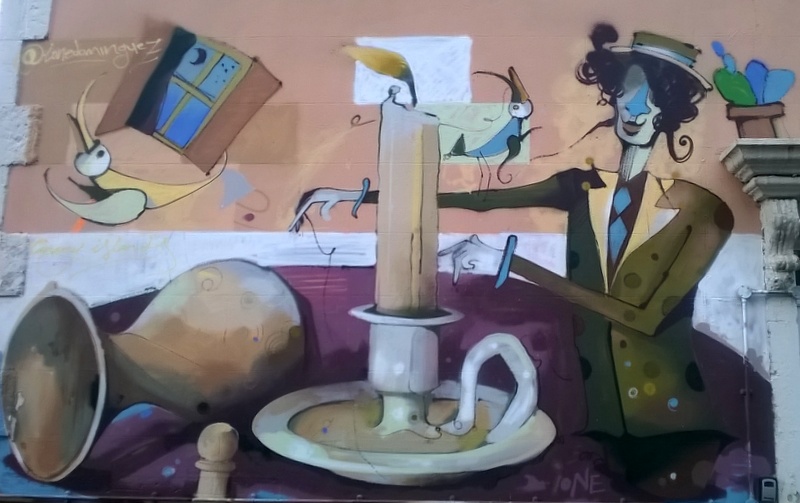 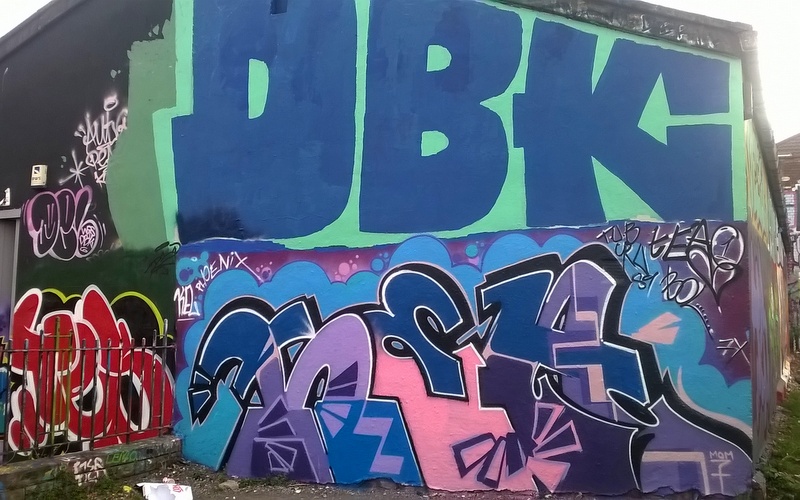 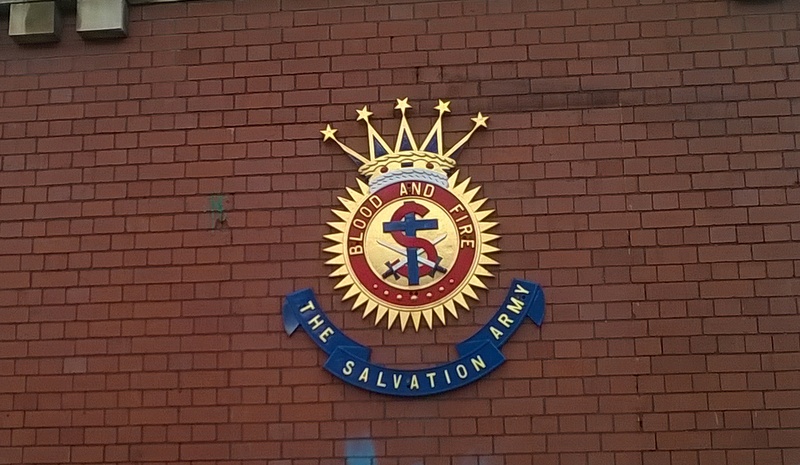 In case you were wondering, “blood and Fire” is the motto of the Salvation Army that describes the blood of Jesus Christ, the yellow for the fire of the holy spirit and the blue for the purity of God the Father.

Four of us then went to the community centre. Only one person in our group had an alcoholic drink so we said “Cheers” to her. This caused me to wonder if and when and why we say ‘cheers’. Is it only when alcohol is consumed? Is it the drink or the occasion?

I spoke to a very pleasant chap next to me who was sitting with his girlfriend and asked him what he thought. He suggested it was mainly connected with champagne in other words associated with special occasions. He did not think that the expression was suited to the other end of the spectrum so to speak for example with meths drinkers.

If we look at this word it is a friendly expression said just before you have a drink but its use is not exclusive to drink. It can mean “thank you”. For example, if I’d done something for some one, or if someone had done something for me I would say “Cheers, mate”.

Cheers is a sign of encouragement, approval, congratulations especially at its highest point – appreciated by all – with a glass of bubbly. The custom is to wait until everybody has been served and then for some reason we touch the glasses together. Maybe this was done during toasts because the sound helped to please all five senses complementing and completing the drinking experience. Other theories were that the sound of glasses clanking together would scare away evil spirits.  It reinforces the communality of the celebration.

It is slightly rude not to reach out for people’s glass – certainly in small groups – but if there was a group of 20 people you wouldn’t clink with the other 19. In this case, making eye contact and smiling to acknowledge your host and other guests would be a substitute for the physical touching of another person’s glass.

if you would like to know about the origins of toasting, here is a tongue in cheek article from the Internet entitled “pre- Christian yes, but calling it pagan seems a bit heathen“.

After a few dances we noticed that the event had been hijacked by what we guess was the local folk dance society. Everyone knew each other and with one exception they all seemed to be used to dancing together so they took the opportunity to have an extra special celebration of their art from the visiting group. We just sat at the side and watched them all joyfully enjoy themselves and very entertaining it was.

On the way home from the event which ended about 9:30 PM we had cause to drive along a very narrow street where cars were parked on both sides. There was only enough width for one car to drive in one direction. We proceeded along the road and about 100 yards along we were aware of the spotlights from another car It turned out to be a 4×4. We thought that it was going to reverse but the driver just carried on towards us. Obviously, one person had to give way and reverse. The car sat where it was, engine ticking over. Our driver, Terry, who has had great experience of dealing with people got out of our car and approached him asking him very politely to back up. He refused to do so and just sat there.

I then went to approach him and after checking that there was a place he could reverse into i.e. a vacant parking space. I knocked on the window and made my request. His response was “don’t touch my effing car”.  I made a joke of apologising to the window for having hurt it by tapping on it. It was quite clear he was not in the mood for a dialogue so I returned to our car.

Fortunately for us, another car with two young men in joined the queue on our end. I explained a position to them i.e.he refused to move and I told them not to back up saying we had to stand our ground. Once they got the idea, they were up for it, and were busily texting their friends about the incident. One of the young lads said with a gleam in his eye this was the first time this has happened to him.

We waited for about 10 minutes, not moving at all, and finally the person in the 4×4 realised that he wasn’t going to get anywhere, that two into one doesn’t go, that there was no alternative for him but to back up the 50 yards or so. This he did. We shall never know whether he learnt any lesson, whether he backed up with good grace or bad grace, but we did what was the right thing which was to remain unreactive and calm.